I'm back home and trying to settle into the daily routine. Not an easy transition.

I'll back up and take you through the hike day by day. I did finally get the phone working as a hot spot to get on line with the computer, but it was so late in the hike that I didn't want to try to deal with the time lag while we were still hiking.

We began June 7, on the Buckeye Trail Medina map, which sensibly enough is near Medina, Ohio. The first piece was a short segment of multi-use trail called the Lester Rail Trail, at point 10 (if you are a BT fan and want to locate us). 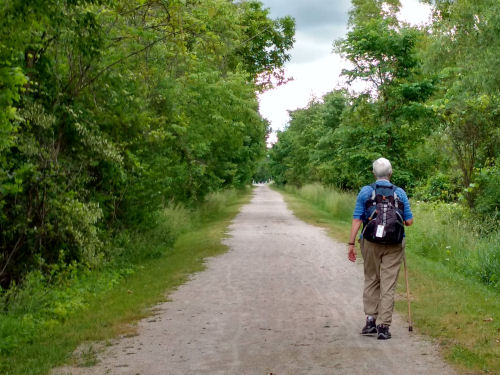 The day was cool and breezy and the skies were alternately blue and dark gray. We ate lunch on a park bench in the Medina Town Square. We thought for sure we were going to get wet, but we blew out of town to the northeast and the storm went a different direction! 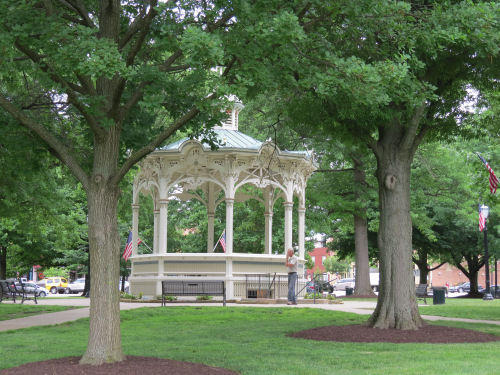 The day was a patchwork of small trails, roads, and Medina County Parks. That included a nice stroll around the berm of Lake Medina. We saw good-sized fish near the edges, and anglers trying to catch them. I couldn't get a picture at all, but we were entertained by a pair of hawks chasing an eagle away from (probably) their nest. The eagle was reprimanded in no uncertain terms. 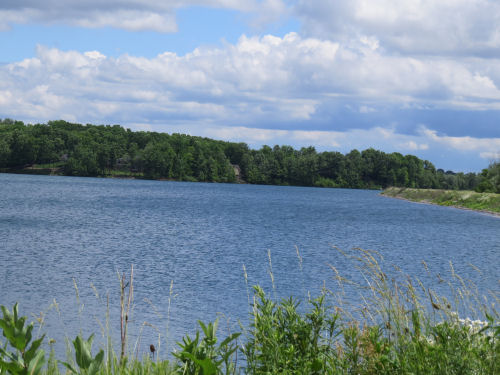 The Lake is fed by the Rocky River. This was the first of several crossings we made. Most river crossings are on road bridges, but they are pretty anyway. 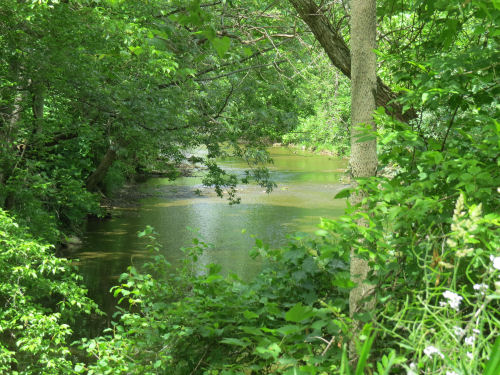 A late afternoon treat was a pond full of pink water lilies to cheer us on toward the car just past map point 17. Day one 10.0 miles. 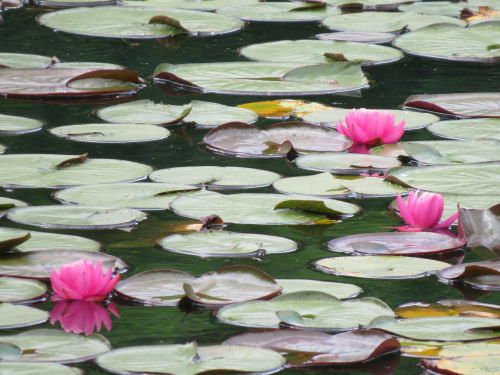 The temperature was great for hiking, and we felt good about the beginning.

A good day with some lovely scenery. I like the pink water lilies