Four hands are better than two. In this case, two hand were totally inadequate, unless you could figure some way to make your arms each 15 feet long. I'm calling this two days of work, but in reality, I've been working on it for more like two weeks.

The exterior lighting isn't really done, but I need to feel as if I'm accomplishing something. The fixtures are fastened to the trailer, but the wiring isn't hooked up yet. It's not as if these look spectacular- they are just lights. But they are new lights. There is a license plate holder and light, which is a nice touch, not to mention legally required in most states. 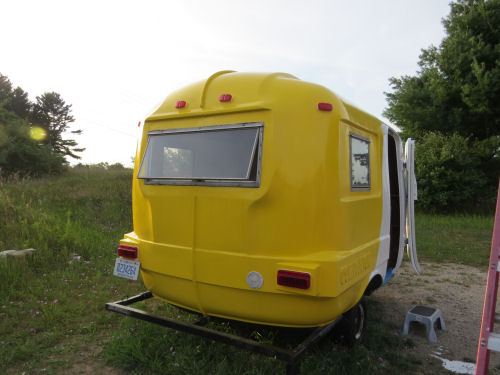 Just to remind you of how I got here, the holes for the original taillights had to be filled. That means fiberglass (multiple coats), bondo (multiple coats), paint (4 coats) with all the drying time between each layer, and working around dew and rain. It would have been immensely better if I'd realized before I did the painting of the whole trailer that I was going to re-do all these fixtures. But... anyway, it's done now. 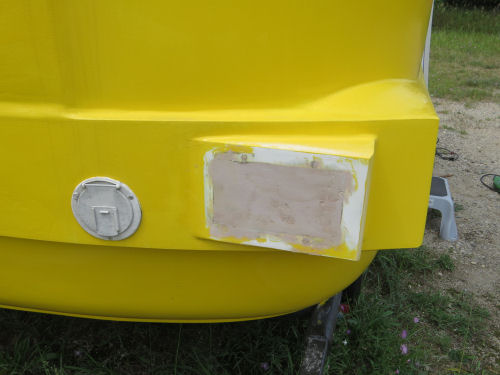 But finally, the spaces were ready to have holes drilled for the new taillights. 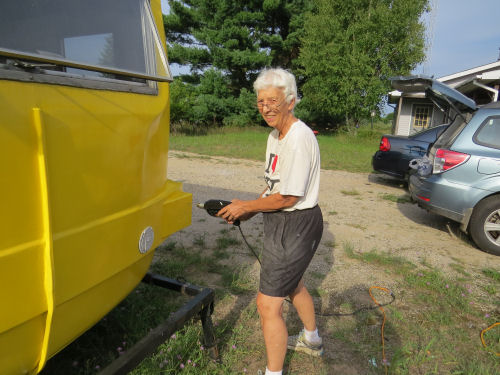 The upper lights were much easier to change. The spacing of the holes was the same for both old and new fixtures. Thanks goodness for something being easy. So those spaces only had to be painted- because of course the new fixtures are not exactly the same shape as the old ones. Put butyl on the backs because the trailer is curved and these are not. 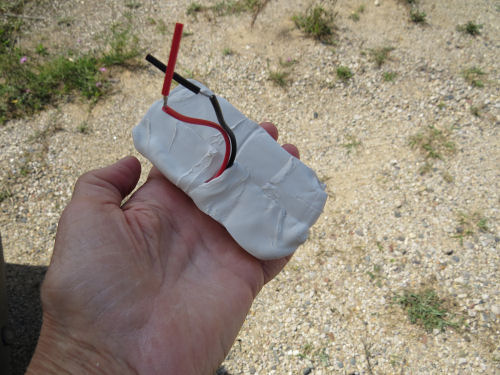 Now we are at the four hands. Cathy came over to help me. Actually, she came a little before we got this far. Yet another trip to the store had to happen, so we did that together. It really takes two people to bolt these to the trailer. 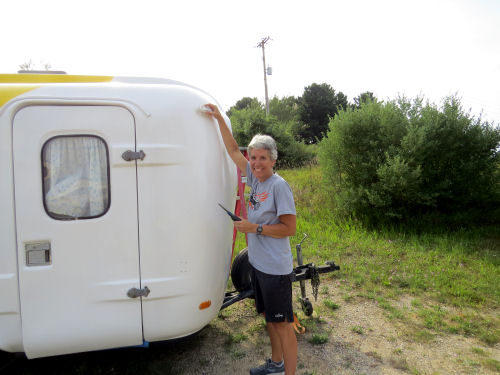 We work well together, and got all the clearance lights on, and the taillights. 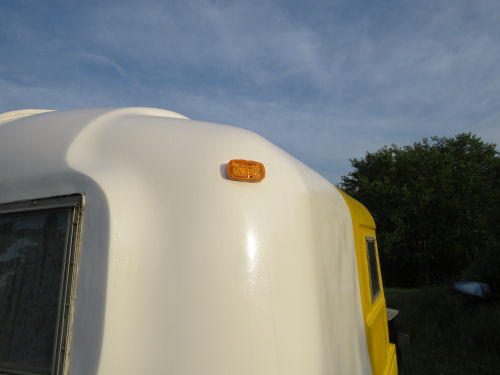 The picture of the "new" rear of the trailer is at the top of this post.

In other news: Big day! I stayed up until almost 3 am, and then started as soon as I woke up. I read all the way through Dead Mule Swamp Singer and fixed all the little things that I knew needed editing. It's now gone to my advance readers, and I can now concentrate on the trailer. I need to leave here, with it in tow, Aug 23.