Today, I tried the Yarrow tea. I remembered that this was a possibility when I was kneeling in the weeds to get the pictures of the Yarrow two days ago. The crushed yarrow leaves were highly aromatic, and I had never known that. Even more strange is that they have a scent similar to the plants in the genus Santolina, which I think smell like the first aid cream, Desitin.

This is a little weird, because Desitin is made from zinc oxide and cod liver oil. The chemical in the plants that has an odor is a terpene. There are thousands of terpenes, but they all have the formula (C5H8)n. That means they are carbon rings with attached hydrogens and the "n" refers to how many of them are strung together. The scents of pine and balsam and chrysanthemums are terpenes. I'm pretty sure cod liver oil is not a terpene. 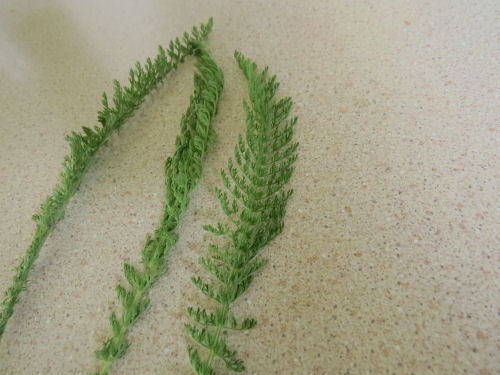 A really knowledgeable plant person once told me that many plants can be eaten fresh or dried, but you shouldn't eat them in the wilting phase. Something to do with chemical changes, but I don't remember what. So I let them get nice and dry. Then I crumbled them into a powder with my fingers. 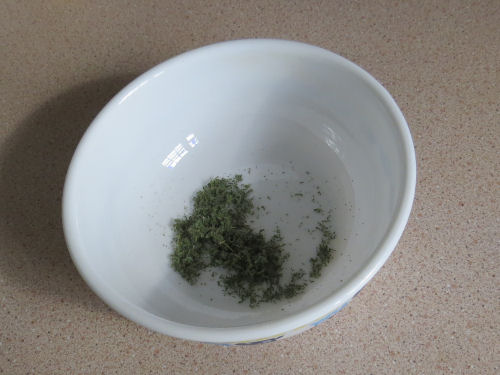 I did pull out the stems because I read that the tea can be bitter, and I thought maybe that would help. Then I steeped the leaves in boiling water. This demonstrates another use for the plants. It is used to make dyes. Apparently you can get either green or yellow colors depending on the mordent used. 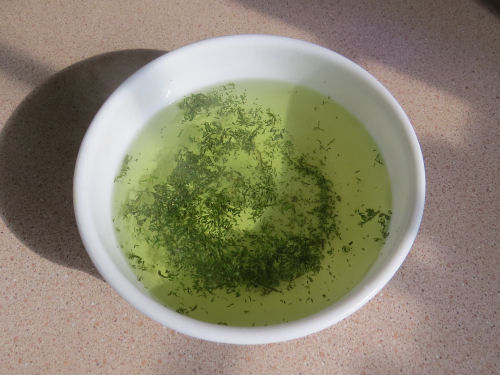 Then I just ran it through a strainer to remove the leaves. The strength was about right. I was pleasantly surprised. It was pretty good. The list of ways this is supposed to be healthy goes on and on and on. I do think natural foods have value, but I find it unlikely that all the claims that are made for most any plant can all be true. But it probably has some benefits.

And it wasn't bitter at all. I would say that if you want to try it, crush some leaves first. It tastes pretty much how it smells.

Would I do it again? I would. If I am walking down that way, I might bring home some more leaves. I'm likely to find them most anywhere, but there are enough on that corner that it would be easy to pick enough to be meaningful. 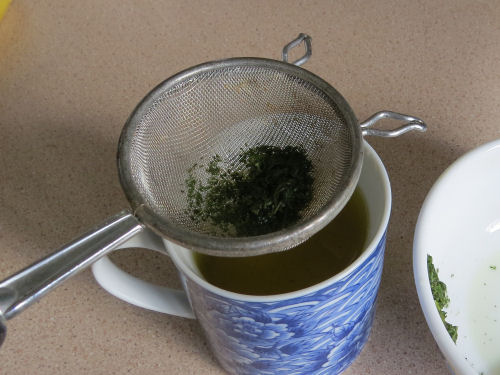 In other news: I edited a lot this morning. I was hoping to work on the trailer, but the area I was fibergalssing did not dry from the morning dew until this evening. I got one more layer on. All the rest of the time was spent doing some volunteer stuff that was overdue.

Lulu: "Hmm, Mama has been growing her own chamomile and using it to make chamomile tea, so this sounds like something she might do ..."

Ann- It was enlightening

Lulu- I believe this is supposed to taste something like chamomile, but I haven't had that in YEARS, so I don't remember.