I'm going to share more pictures from yesterday's hike. I'm so glad I went! Even though today was supposed to have about the same weather, it was cloudy and a little colder. That made yesterday seem even better.

Actually, the best event from today was that we went to see Extremely Loud and Incredibly Close. I have to say this is the best movie I've seen in quite a few years. Highly recommended! I hope it gets Best Picture. I don't want to give anything away, but if you've seen the ads for it you've got the gist. (A boy tries to deal with losing his father after 9-11)

Back to yesterday. Even though it was sunny, because the riverwalk is shielded from the sun till midday by the buildings, there was still frost on some surfaces. I always like these kind of pictures. 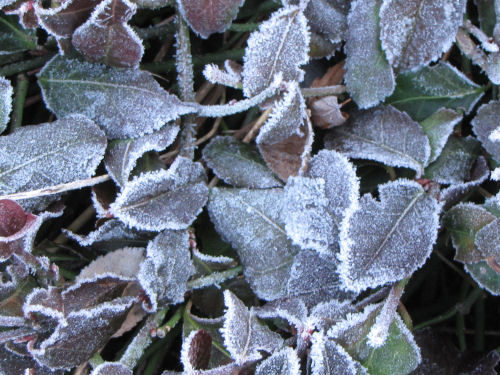 Next we have red-osier dogwood. The twigs aren't always this bright, but a sunny winter day is the best chance of a good color display and this bush was putting on a great show! 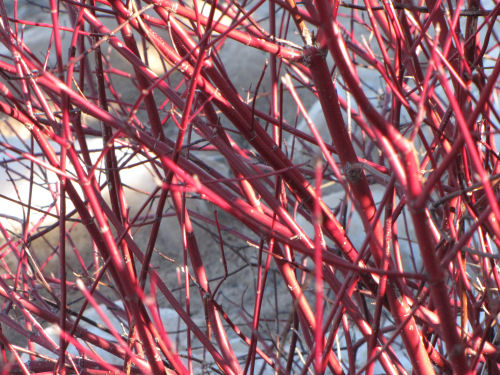 Seagulls (these are herring gulls) are pretty much like Michigan rats. But I couldn't resist one picture... it's quintessential Great Lakes. 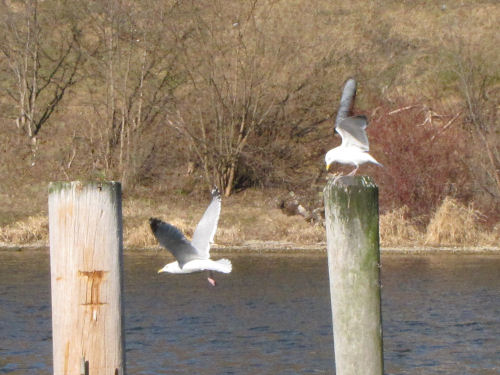 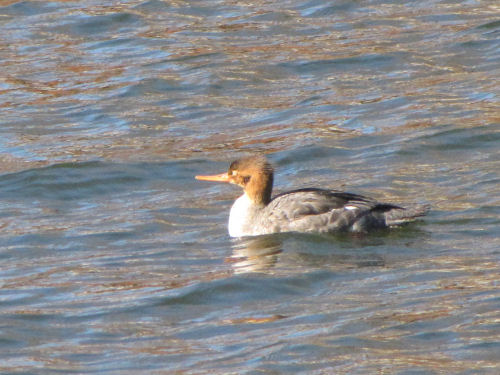 That's a better picture than this last one, but I'm excited about this one, because I've learned another new duck. This is a male goldeneye, Bucephala clangula. It's related to the buffleheads that I've gotten pretty familiar with. 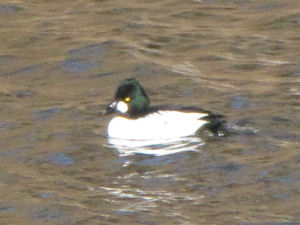 It could be a busy week, but my bumper gets replaced tomorrow, so at least I'll look better while doing it! A bumperless car is pretty ugly.

Posted by Sharkbytes at 9:39 PM

Is that movie depressing? Someone told me it is. After watching "Precious" and "Warhorse" back to back, I can't do depressing again. I hear the book is good too.

LOVE your frosty shots. :) We don't have those ducks here, I don't think.

Love your frosty pics. Also, want to see the movie ... heard very good things about it!

I haven't seen a movie in ages.
Love the pictures

That made yesterday seem even better.

Lin- I thought it was really uplifting, although of course it's based on the 9-11 event

rainfield- still no snow here, but the sun was only out on Sat.

The red dogwood branches are so pretty.

The only duck I would recognize is the mallard.