So, once again this year, I didn't feel that I could take the time or money to go to the Philadelphia Flower Show. But March and I have a very touchy relationship. I want green and color the scent of flowers. It gives me gray, brown and the scent of mud.

I have to also say that someone has decided- not without merit- the Philadelphia Flower Show is the "Event of the Universe," so it's not like anything one can do "locally" is going to be anywhere in the same class. But, armed with this knowledge, one can make choices. Ester and I followed the instruction of the day (March 4th) and chose the Fort Wayne Home and Garden Show. 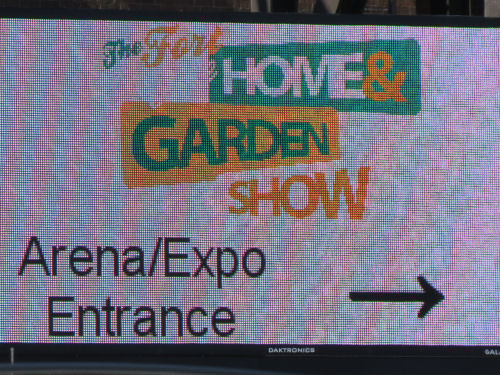 It was held at the War Memorial Coliseum, and with senior discount was only $6 each. That price seemed reasonable to us, given how much (little?) plant material we figured would be there. We read the exhibitor list and knew that it was primarily deck/patio/lawn/decor/remodel stuff. But we thought there was a reasonable number of groups that would be likely to have plants. 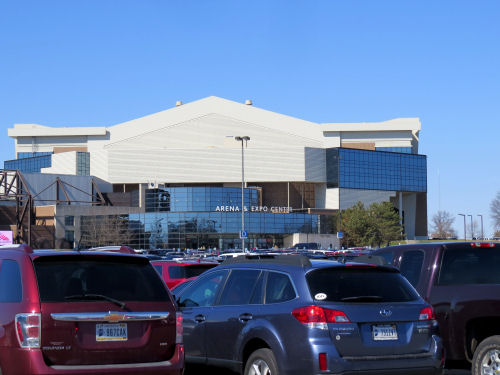 We also knew that one should not expect too much. We'd both been to the Chicago Flower Show (different years) and had been highly disappointed. I'd been to the Grand Rapids one once and double ditto. One problem of expectations is that both of us have helped with the Ann Arbor Flower Show (no longer being held), and that was a good one.

But, for $6 and gas, it was a fun trip. I'll show you some pictures over the next few days.

The entrance display was created by Arbor Farms 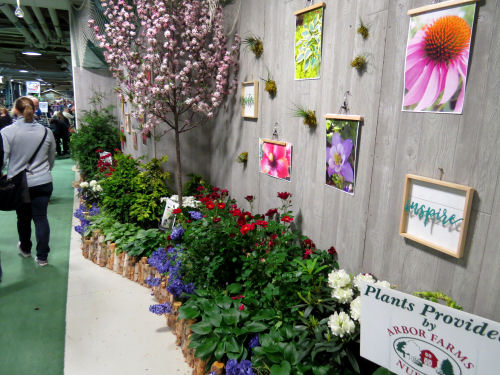 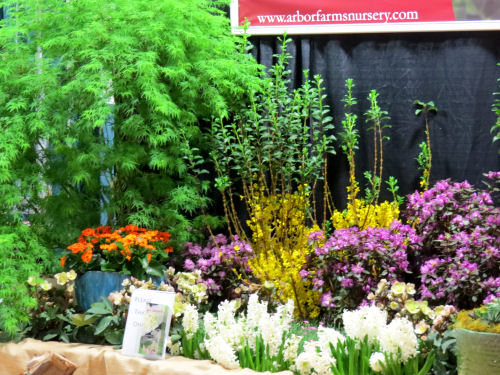 A few plants posed for some nice closeups- rose 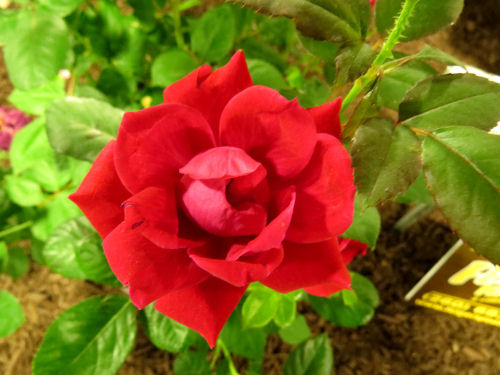 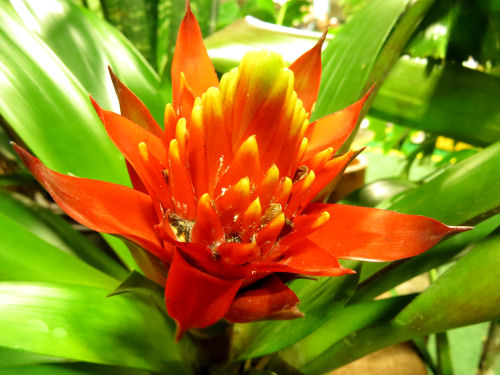 There was one special treat (I'll show you another day), that tickled me to see. Altogether a good day (even though it gave us pause when we stopped at Meijer on the way home and they had only slightly less live plant material than the show!)

Next stop? A smoothie shop. Ester had a peach-mango-papaya one and I had peach-green tea. Both were excellent. The book? Well, the Acres Land Trust which operates in southern Michigan, NE Indiana and NW Ohio was selling a very nice trail book that covers all their preserves in that area. Had to get that. Most of the trails are short, but one could put together a nice weekend or several-day trip with outings. 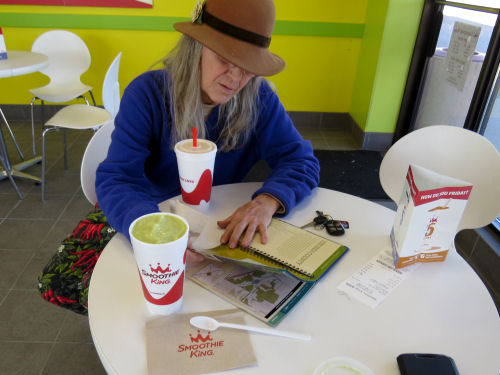 We had a grand day! I just needed something different, colorful and somewhat green that wasn't going to cost WAY too much, and this filled the bill.

Posted by Sharkbytes at 8:34 PM

I hear you on needing something besides gray, brown and mud scented. This looks like a fun day. I'll have to see what's going on near by and maybe get out next weekend