I was with friends Rick and Ellen until this morning. Ellen and I took a walk on the Pennsy Rail Trail which is very near her house. It's not continuous yet, but as I mentioned, we didn't need a long walk yesterday! It's a former route of the Pennsylvania RR, which also roughly parallels the National Road. 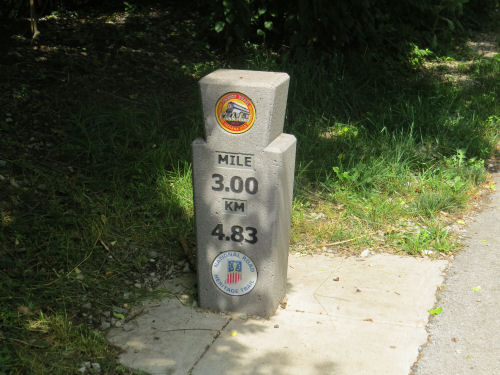 Today I drove to Ester's, and we did some of the things we love doing together. We went out exploring back roads. We looked at plants and trees and were momentarily stumped by a young buckeye tree. It may be an ornamental hybrid of some kind. It doesn't look quite right for the common one. But we like to try to figured out things like this.

Mostly we enjoyed old houses. All three of these are in a little town in Indiana called Wolcottville. It's really old! Founded in 1836. We don't know anything about the first two except that we hope they are saved. This one seems to have been worked on. It has a completely new roof, but it needs a lot of work. I know it's not fancy, but it appeals to me. I've sort of wanted to start an occasional feature called "houses I'd like to save." This one makes the list. 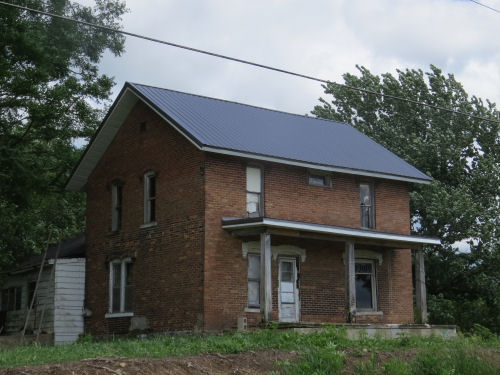 A lot of the buildings in that town were very old. Most of them had little architectural appeal, but they spoke to the fact that the road through that town must have been very important, early on. It seems to have been on a trail that went from Fort Wayne, IN, to White Pigeon, MI. But I haven't been able to find out much about that route yet.

This house is probably not as old, but it sure has character! I really hope this one gets fixed up. It appears to be empty but isn't in bad shape yet. 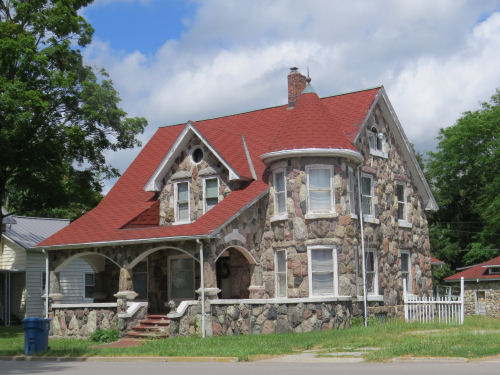 However, this was the gem! While trying to find out about the historic trail, we learned that George Wolcott, the founder of the town, built a Greek Revival style house in 1840. We went hunting for it, and we found it. It is being restored by his great-great-great grandson. And even better... see that little lump in the lawn in front of the central part? Legend said that was an Indian Mound, but the idea was mostly poo-poohed. But students from Ball State examined it with ground-penetrating radar and discovered it to be a ceremonial mound probably used more than 1000 years ago! 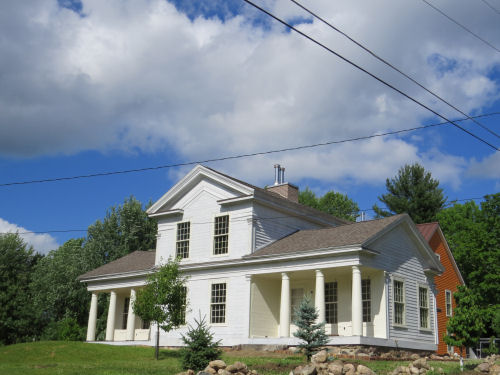 We also poked around the Kneipp Sanitarium in Rome City, Indiana. It was a resort for curative purposes, founded in 1895. 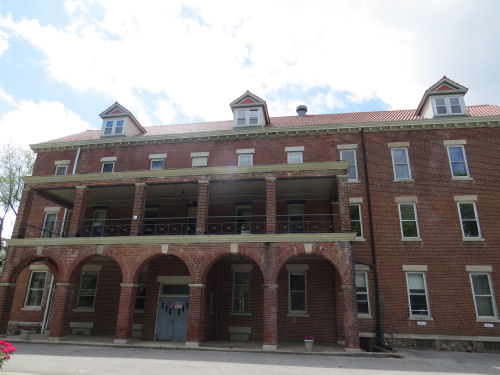 We also had ice cream, went to an Amish produce stand, and then brought take-out dinner back to her house. Fun, fun fun!

Email ThisBlogThis!Share to TwitterShare to FacebookShare to Pinterest
Labels: architecture, history, houses I'd like to save, Indiana, railroad, trails, trees

Fun days are the best. Love the idea of “houses I’d like to save”.

Love all three of those houses. The first one could be quite impressive with a little TLC. The second really appeals to me and the third is very nice. Someone did a fantastic job with that one.

I particularly like that stone house with the red roof.