Here is one space that actually looks very nice in the rock garden. Granted, it's a tiny space, but I'll take it. 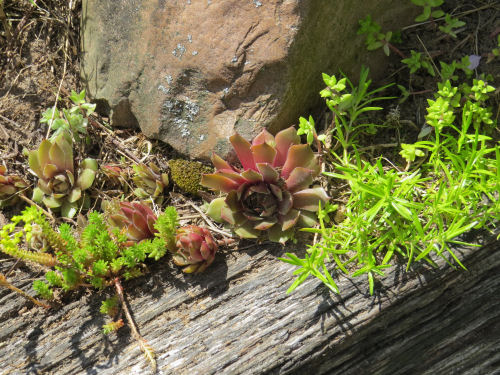 Here's another cute space. The creeping thyme (which nothing can kill) moved into a hole where it looks good. It gets to stay there. I tried to get a different plant to grow there, and it wouldn't, so this is good. 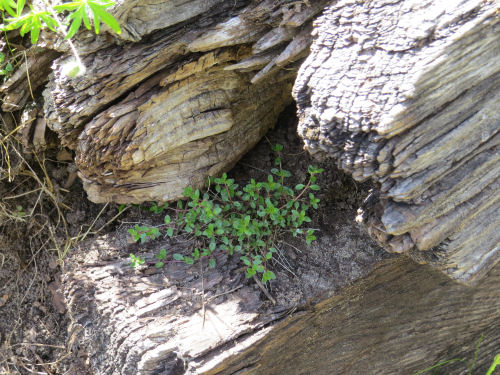 I found that this sedum, Sedum kamtschaticum 'Weihenstepher Gold,' is still alive. If it were happy it would grow much taller, so hopefully, I can help it be happy again. 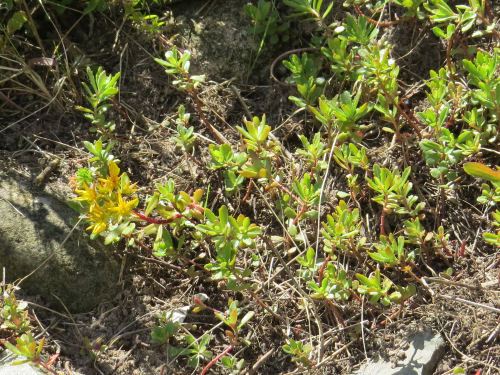 Here's what it looked like in 2009, the yellow right in the center, probably the last time it was happy. And that section of the whole rock garden looked pretty darned nice too. 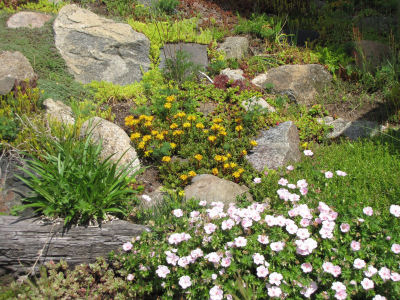 Since that year, 2009, came up, you might as well hear the story of what happened that made me lose control of this space. It was at the beginning of 2009 that I decided I wanted to be the first woman to hike the entire NCT. There was someone else who was out there, and I thought there was a good chance she would do the whole thing. So rather than continue at my leisurely 200 mile per year pace, I decided to do the 400 per year in 2009 and 2010 to be first. However, the rock garden requires constant attention. Other than hiking (which is more of an obsession than a discipline), it may be the only thing I've ever really been disciplined about. I spent about a half hour every single day weeding one section a day. Because it's also a gymnastic exercise to balance on the rocks and delicately remove weeds, spending hours at a time was difficult.

But, I was about to be gone most of two years in a row. So, it was my choice to let it go, and I've never been able or had the determination to reclaim it. There is now so little left that I don't have to be so careful with the weeding. Here is how far I've gotten. About a quarter. I'm leaving a lot of plants that are somewhat out of control, but at least they are alive and filling in some places for now. 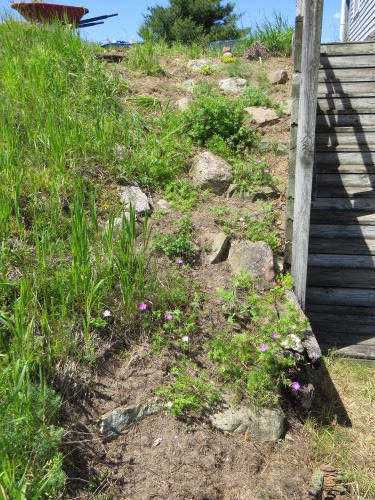 And, I said I wasn't going to again show you the old picture of when it all looked good. But now I want to, and I can't find that picture. Maybe later this summer I'll hunt it up.

All the other news is final prep for the hike. I'm almost ready. Just a few more things to check off the list. I'll be on the road tomorrow.

Email ThisBlogThis!Share to TwitterShare to FacebookShare to Pinterest
Labels: my rock garden, plants

From the last picture I can see why you would want a rock garden there. That would be a pain to mow that hill. I like the plants you have there.