When Watson is Stupid...


For the past two days, I've been talking about the historic Jeopardy match between Watson, the IBM computer, and Ken Jennings and Brad Rutter. One of the most interesting goofs that Watson made was in Final Jeopardy of the first of the two games. 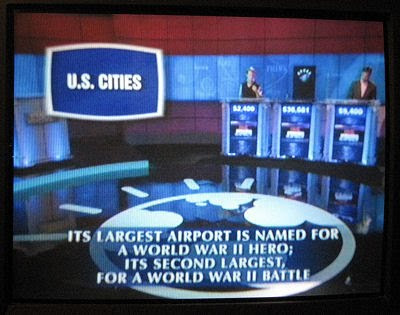 So how did you go about trying to figure this out? You might have started with trying to remember commonly-known names of large US airports: Reagan (Washington), Kennedy (New York), Ford (Grand Rapids, MI), O'Hare (Chicago), Logan (Boston), Armstrong (New Orleans). Then you might have asked yourself which of those people were WW II heroes. So now we are down to Kennedy, and O'Hare, maybe Ford. Grand Rapids only has one airport. What are the other airports in New York? LaGuardia- doesn't sound like a battle. What are the other airports in Chicago? Midway- there you go! write fast... "What is Chicago?" 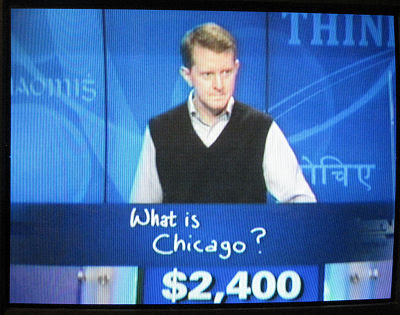 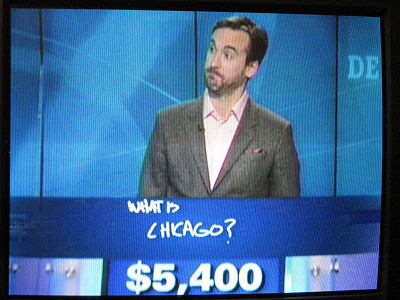 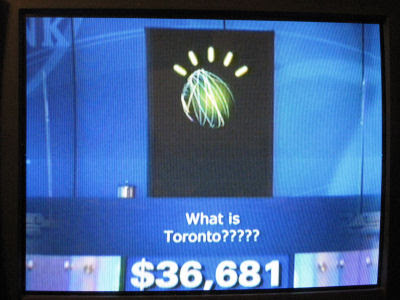 ... wrote "What is Toronto?" What?! Somehow Watson forgot to run his lists of comparisons against cities in the United States! But, it didn't matter. You would think that the machine would have had more self confidence, but it only bet $937. Phooey. So, it clobbered the humans, big time, in Game 1.

These posts have been very interesting. I could read stuff like this for a long time. At least Watson seems to know when it's not quite on track. I'd bet it also doesn't have the ability to speculate on what others might be thinking, like most humans do. That would be a next valuable step in Watson's evolution if it hasn't already begun.

LOL is this computer blond? I wouldn't have been able to come up with the right answer but I at least know that Toronto isn't a US city

Sounds interesting but Watson is funny. OR was he just cracking a joke? LOL

it clobbered the humans,Period.what scares me is that here should be limits on how far they can go.before the programming/creation of supercomputer go.

--and yet I got a guffaw out of it. Using your approach the other evening, I think I figured it out in about 19 seconds. Yeah, I'm a bit slow.

Ratty- maybe it's an advantage to NOT react to what others are thinking.

Ann- Watson seems to be weakest on checking the clue list that one would get from the category. I have one more post to do on this topic.

sir rob- It sure wasn't trying to joke. I don't know if it knows how

vanilla- you had 30 secs for final Jeopardy, so you would have been fine!