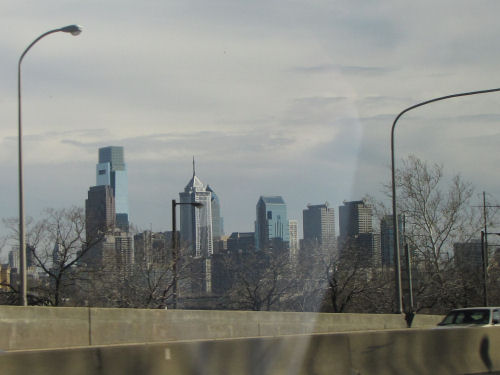 Absolutely wild day (for me). The familiar Philadelphia Skyline as a backdrop for the day. We went to a big Ikea store because Aunt Pam and I had never been to one. It was an experience, that's for sure. 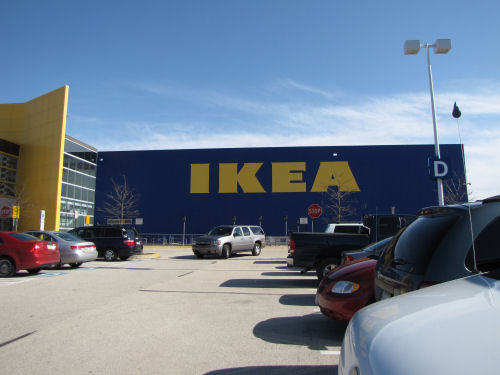 Since I'm not much of a shopper, and have lost most any interest I ever might have had had in fixing up my house, I'm not sure I'll need to go again, but at least I'm no longer culturally illiterate about Ikea.

Here the girls demonstrate how to test a bed. 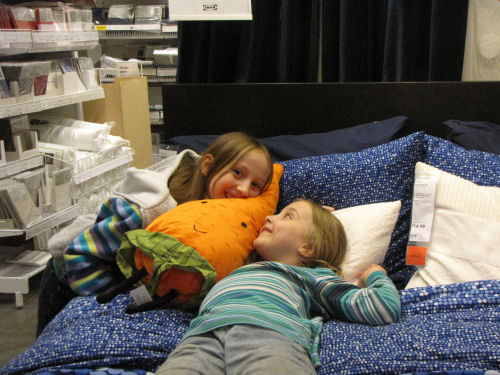 After we got back to the house, Rachel's sister and brother-in-law came over for dinner and games. That made nine of us in a very small row house. This is good for me every now and then- it reminds me how nice and calm my usual life is! 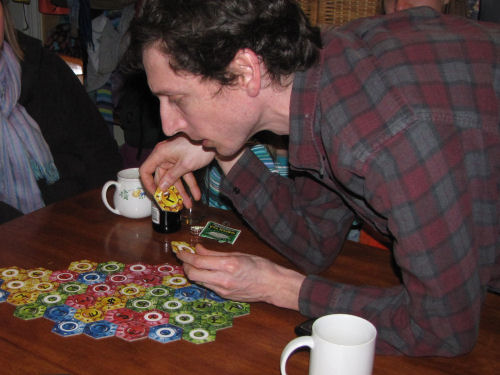 After dinner, we all played Telephone Pictionary. I described this one last year, but I'll explain again. Each person writes a sentence that could be illustrated. The sentence is passed to the next person who draws it. The next person has to look at the picture (not the original sentence) and write down what they think the picture is. You go around until everyone has their own back again, then show everyone how things have changed. 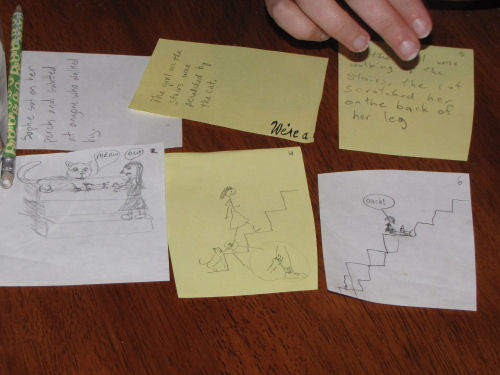 Amazingly enough a couple of the stories stayed pretty much on track all the way around. However, "the bat ate some bananas" ended up as "the snail ate three bowls of food and a stinky ear of corn."

Also, "Jack fell down and broke his crown and Jill came tumbling after," became "The witch cast a spell on the princess and she fell off the cliff into the shark infested water."

Lots of good laughs, and now we are winding down for bed.

I've never been to an Ikea. Your games sound like fun

Telephone pictionary sounds like fun. I'll have to try it some time.

Ikea has been the source of several purchases for the college set in my family. Now that I've given most of my things away, when I finally do settle down again and get a small apt, I'll probably have to buy a few things myself.