Aloe is probably one of the best known succulents, grown as houseplants. The most common one is Aloe barbadensis, or Aloe Vera. It's the one you break off an arm to squeeze out the gel-like juice to treat burns. However, there are 200-500 (depending on which sources you believe) species of Aloe.

The description doesn't sound much different from a lot of other succulents- a rosette of thick, fleshy leaves, often lance-shaped, and often with spines. Not much help there. Their flowers are interesting, but I don't have a picture of one. Enjoy the leaves, though.

None of these look much like Aloe Vera. All but one have spikes, and the one without spikes is a much different color. Here it is. The exact species is not named, but it's the variety Aloe 'Quicksilver.' That probably means it is some hybrid. Collectors and succulent gardeners have been playing with these plants just as much as the usual garden flowers. 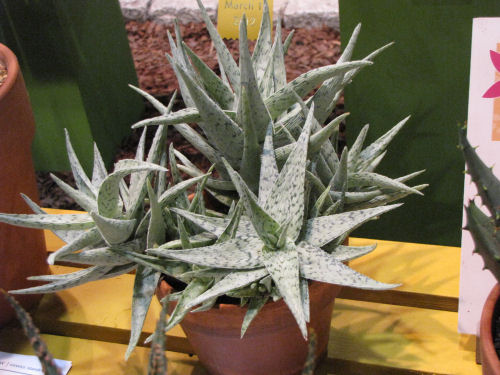 Here's another that is a hybrid variety called Aloe 'Christmas Carol.' You can easily see why. 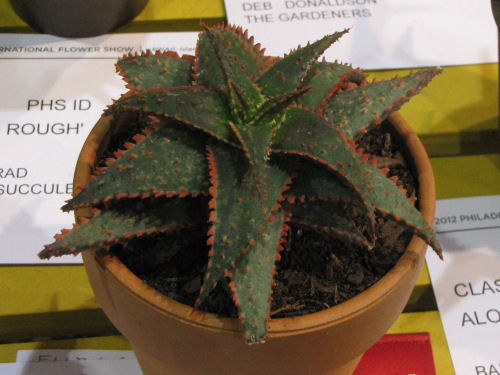 When you see a plant name that has another genus name in its species name (are you confused yet?) you can probably conclude that the one plant looks like the other one. This is Aloe haworthoides (go back two days and look at all the Haworthia). 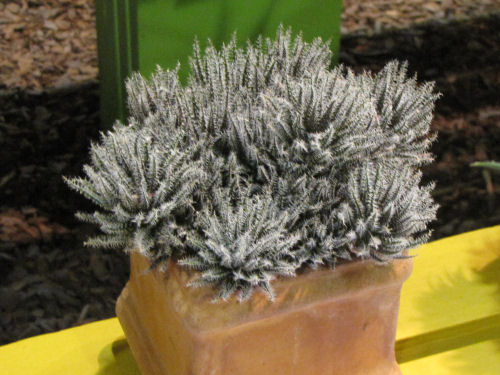 I like variegated plants of any kind, and sure enough, here's an Aloe that fits the bill, Aloe brevifolia variegata. 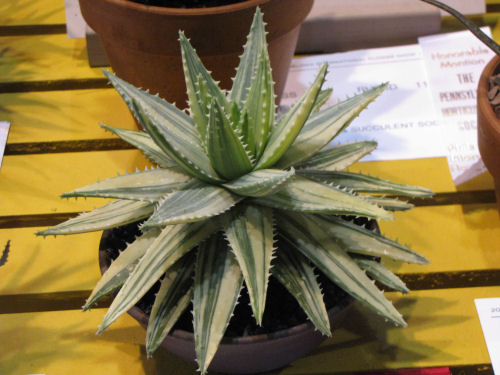 I think this one is my favorite, just because it's sort of outrageous. The leaves are smooth, but then then it has those bright, nasty looking spikes! Reminds me of Audrey Junior in Little Shop of Horrors. It doesn't even have a species name... must be another hybrid. 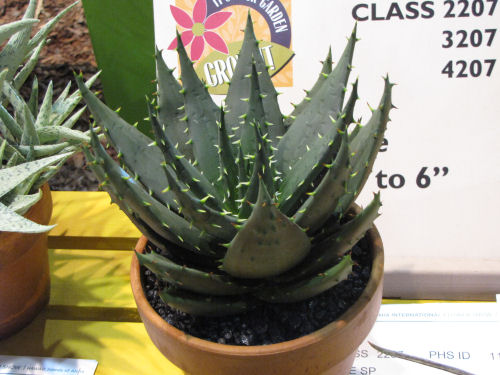 However, perhaps this one is my favorite instead, because I got to bring this one home! I allow myself one purchase a year. (You can't buy the really unusual ones- I'd need to join a club or hunt for internet sources or something.) This is Aloe juvenna, and right now it's very green, but supposedly it will turn reddish if it gets enough sun. I think it tends to get leggy. We'll see. 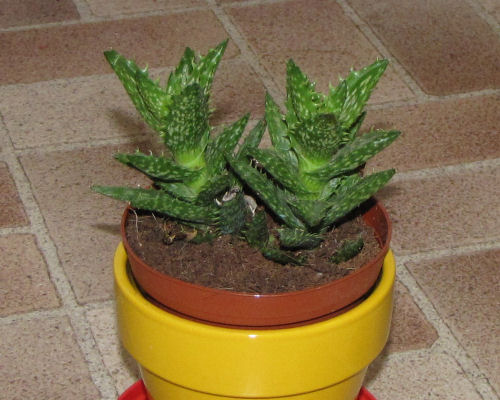 Tomorrow is a hike, so you'll get a break from the flower show. The temperatures are unseasonably ridiculous (supposed to break records again... I've been wearing shorts all week), but things are still brown and gray. I'll try for a couple of worthy pictures, though.

All these look very different from those in my garden.

i am not very sure, but the second to the last aloe looks like similar to what i have here at home, and they have gorgeous red blooms, love their blooms.