You Find an Oak, You Make Your Guesses


I was going to give you a nice succinct identification guide to the beautiful specimen tree in someone's yard. Right. Instead I'm going to confuse us all. 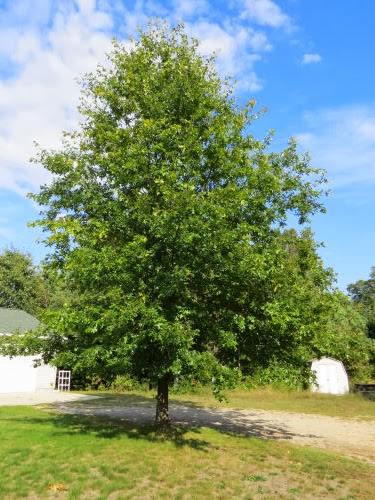 My first guess was scarlet oak because it's been planted, and they are noted for their bright red fall leaves, a great ornamental. My second guess was pin oak. Then I got out the books. Scarlet oak have a round crown, pin oak a pointed one. OK, pin oak.

Then I looked at the leaves. Well, just to not overlook the easy part, it's in the red oak group because the lobes are pointed, not rounded. That doesn't narrow the choices much. There's a lot of leaf variation on every tree. First we have these very narrow leaves with 7 lobes, and deep sinuses that don't have parallel sides (like an open C, not a U). And the upper edge of each lobe is about at right angles to the midvein. That says pin oak. 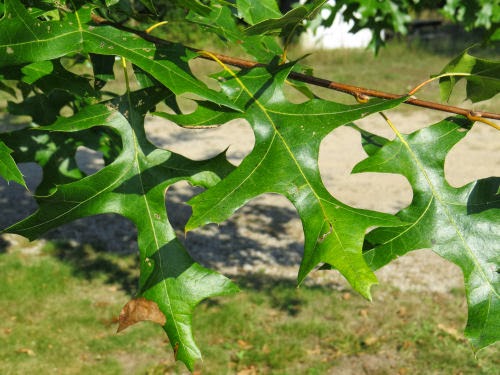 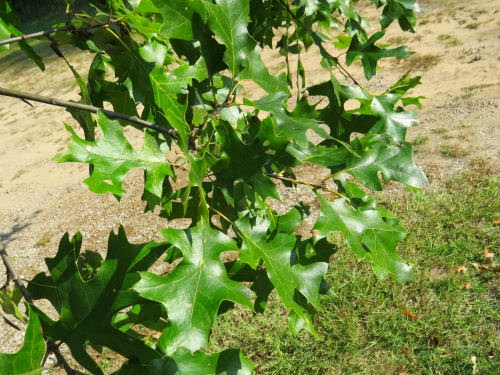 Now look at the underside of the leaf. The picture isn't focused perfectly, but you can see that the veins are hairy. That says black oak, 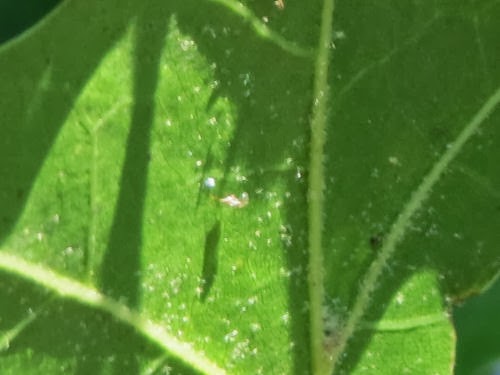 So does the broad squarish leaf you see in this picture. This picture was taken to show the immature bark. It doesn't look like any of the pictures. However, if I'd wanted to break a twig and check for yellow inner bark that would have said black oak too (but I didn't know that when I was at the tree). 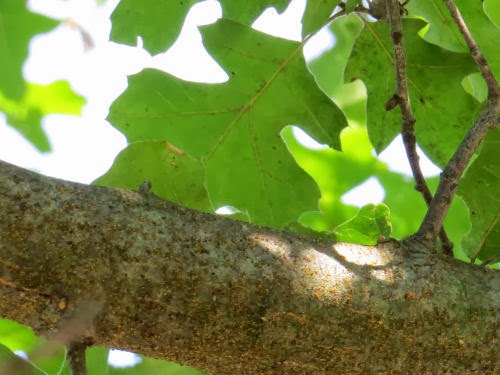 The mature bark is a bit of a toss-up too. It looks most like the pin oak in my book. It doesn't look like the black oak bark I see in the woods. 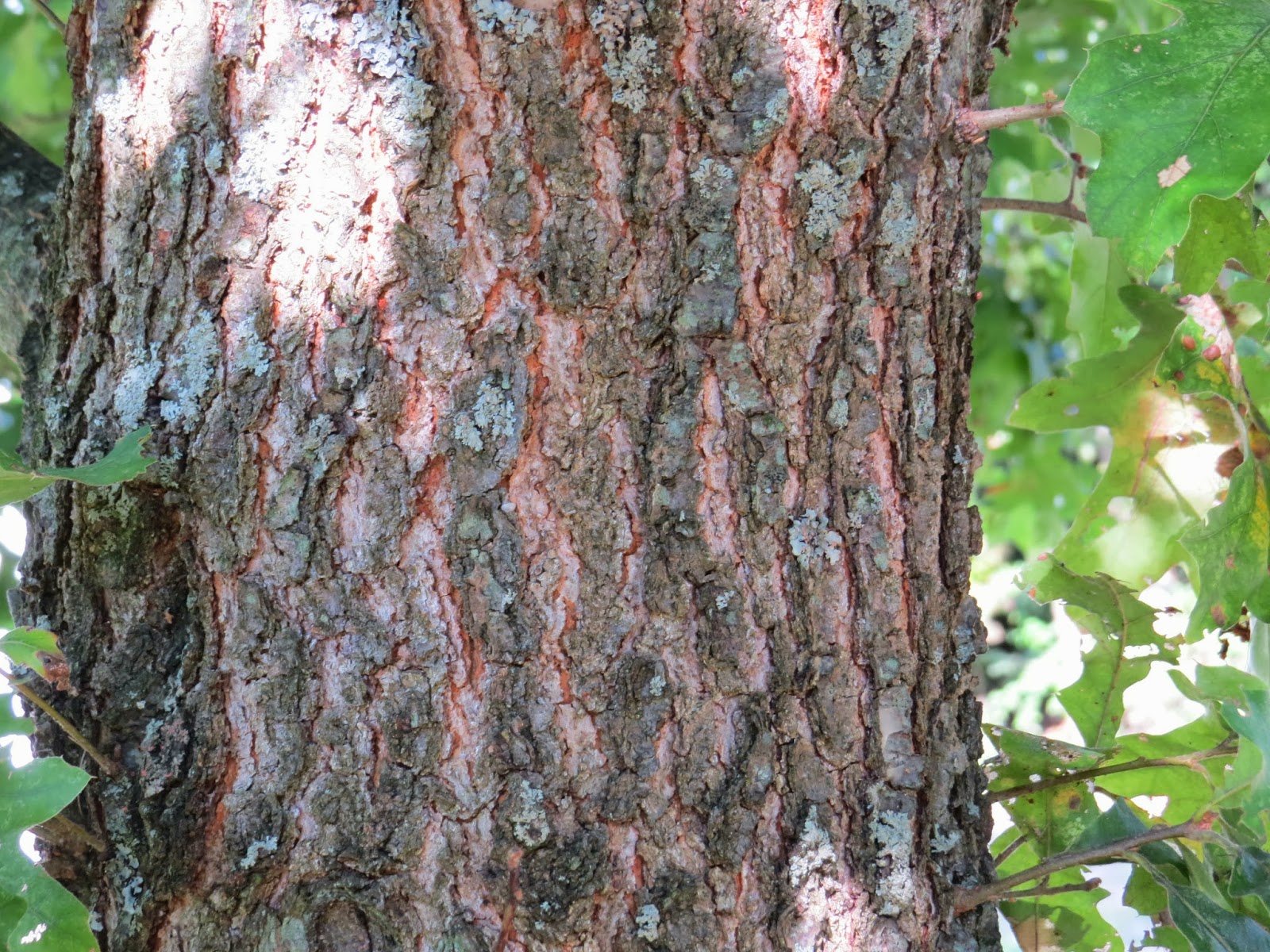 Then there's the fruit, the acorn. This does not look at all like pin oak- the scales are too loose and fringy, and the cap covers too much of the nut. It looks very much like the black oak, and slightly less like the scarlet oak. 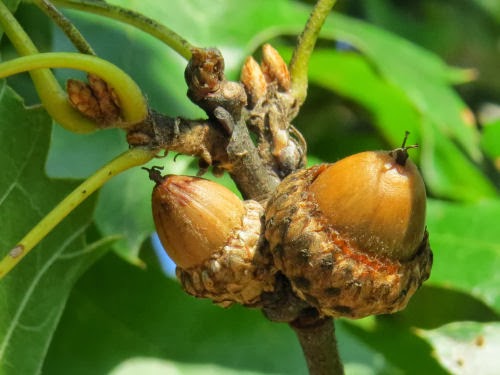 Possibly some hybrid cultivar. Possibly I'm just not very good at this oak ID stuff. So there you have it. It's an ornamental oak tree. You probably could have gotten that far without any instruction from me at all!

It's. easier for us 'cause we don't have pin or black or scarlet oak here! It would be one very weird red oak!

Next we'll discover that oaks are for nuts. Maybe that's why I like them. Or maybe it's the wonderful hard wood that they produce . . .

no matter what type of oak it is, it's a very nice looking tree

I'm not good at tree identification. However, Southern belle that I am, I know magnolias and I can tell a weeping willow and a birch - though I, sometimes, confuse it with poplars. I love those trees with the white bark.