What a full and fun day!

Started with worship at Woodmont Baptist Church, where Loretta attended when she lived here. I loved this window. After church, friends of Loretta's took us out to eat at a fantastic buffet. I attempted to be moderate in my choices, but still ended up w-a-a-a-a-y too full. (Randy, Annette, Loretta, Nancy, Bill) Bill and I got talking about Environmental Chemistry and testing stuff, which was good, because I just don't know any of the people the others were chatting about. 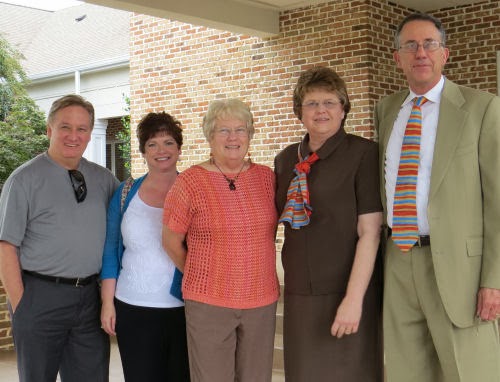 Then, Bill and Nancy took us over to Wilson Dam, built in the 1910s when it was discovered that Alabama could process nitrite to make gunpowder for WWI. There are also foot trails, and several sites on the Alabama Birding Trail. Turns out Bill's an avid bird watcher, as well. Wilson Lake is above the dam and Pickwick Lake below the dam (created by the next dam down the Tennessee River). 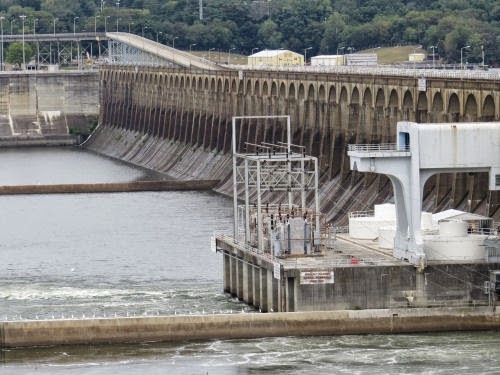 I had to include this picture, just to prove I'm really in Alabama! 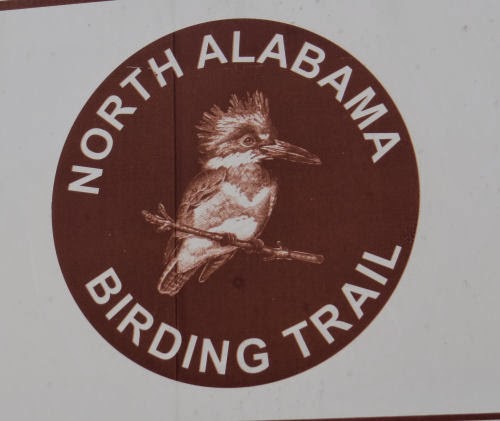 The best of all was in the evening, with the church's annual Singin' with the Saints concert. This was their 10th anniversary, and they did the favorite songs from previous years.

And, by the way, Loretta sings well enough that she was invited to jump right back in and sing in the concert, which she did! An album of pix on Facebook if you want to see more.

well it sounds like you had a great time. That stained glass window is really pretty

The King is Coming and I Bowed on My Knees are both great songs, and this group does them very well, indeed. Thanks for a wonderful start to my Monday.

I like that window. A lot of symbolism right there on display.

Your Alabama days sound like so much fun. My home town was on the Chattahoochee Rive, with Alabama just across the bridge from Columbus, GA, my birthplace. It's been three years now since I was in the South but I plan to go for a visit in Jan or Feb.