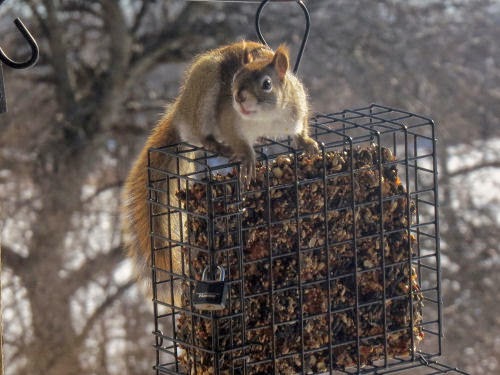 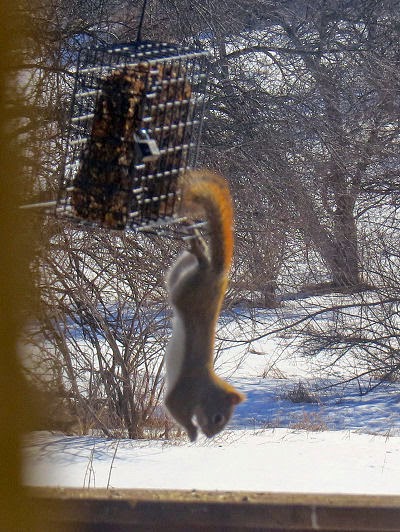 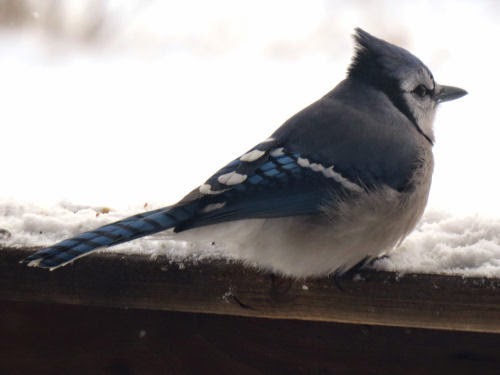 Sweet. You certainly have a good deal of natural entertainment.

What fun! and everyone eats.

Oh that's funny. The blue jay won that round :)

Better than watching TV, love the expression on Riley's face.

hello sharkbytes its dennis the vizsla dog oh hay wow skore wun for the bird brains i gess!!! but if i no ennything abowt skwirrels it is that they wil always be bak for more!!! ok bye