Cycling with Sue and Sophie


Spent time with Sue and Sophie again this week after Sue got off work. Today we went for a bike ride. 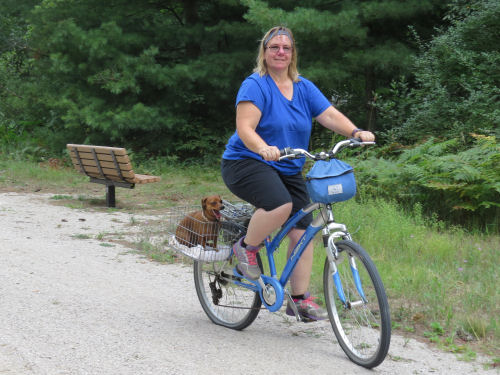 We rode 10 miles on the Pere Marquette Rail Trail where I took a short walk last week. Sophie rode in the basket on the way out, but she kept whining and really wanted to be down. So she got to run about four of the miles on the way back. That seemed to be what she wanted.

We rode the five miles to Idlewild (Broadway St) without stopping, but I wanted to take pictures on the way back, so we stopped fairly often.

I liked the branches against the sky. The day had been pretty warm, but by then the temperature was really nice for a bike ride. 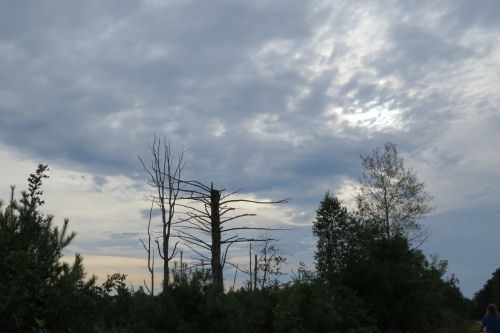 It's starting to look like fall. This is the view across Foreman Lake. 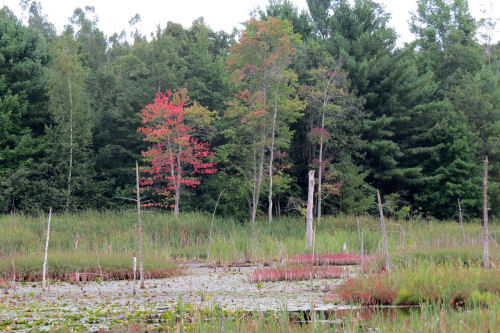 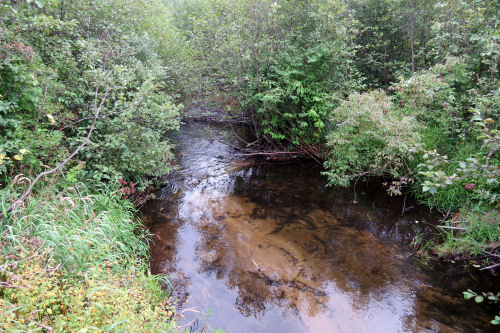 Sophie says, "I'll watch for the fishes if you catch me one, Mom." 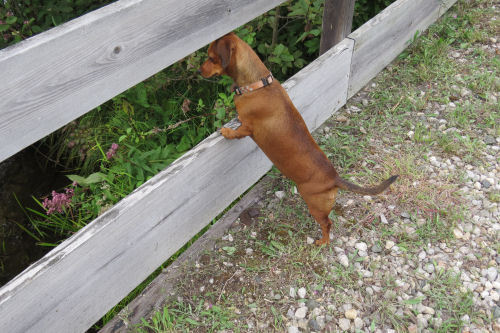 When we got back, we went to Sue's house and had butternut squash soup for dinner. A really nice end of the day. Wish we lived just a little closer together, but we're managing to squeeze a few adventures around our work schedules. 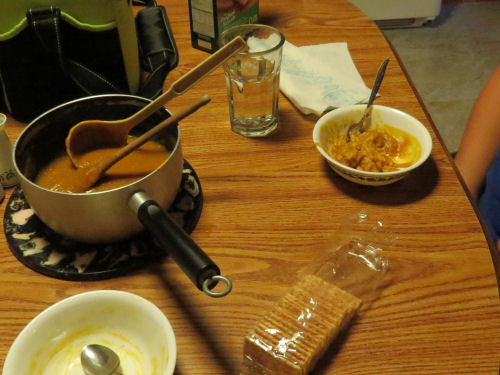 You'll probably see more from this outing tomorrow. There was some other neat stuff too.

Sophie is a very active dog. She looks so cut riding in that basket

hello sophie its dennis the vizsla dog hay showfoor serviss in the forest i luv it!!! i wil hav to see if i can git sumthing like that sumday!!! ok bye