Martin Johnson and a Little Walk


My next newspaper column is going to be about the legacy of Martin Gustave Johnson who founded Camp Martin Johnson, near Irons, Michigan, through the Chicago YMCA. The camp closed permanently in 1980, was sold and subdivided. The land is now a housing development on Big Bass Lake.

Today, I went to Irons to the house he built in 1901. It was on the camp property, but was saved from demolition by a group of women and moved to the town. It's now a small museum. 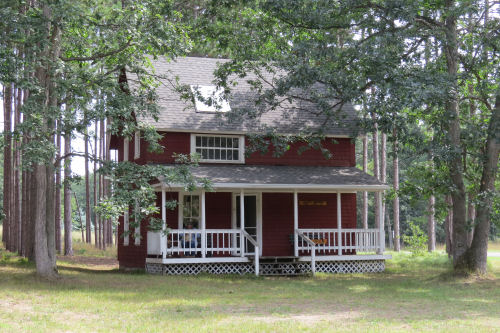 I became re-interested in Martin Johnson a couple months ago when I interviewed a lady who lives on what used to be camp property. She showed me his grave site. Although he died in 1931, I still think it's remarkable that it was permitted for him to be buried there, and not in an established cemetery. 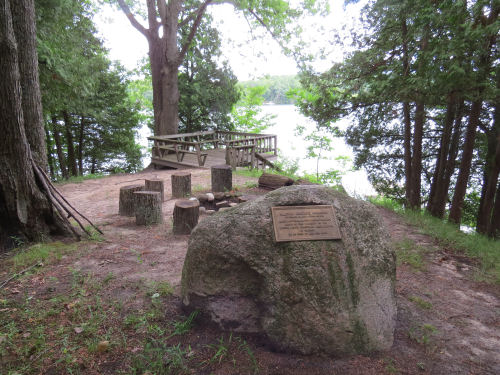 There is also one of the camp cabins that has been moved from its original location, but at least it's preserved. 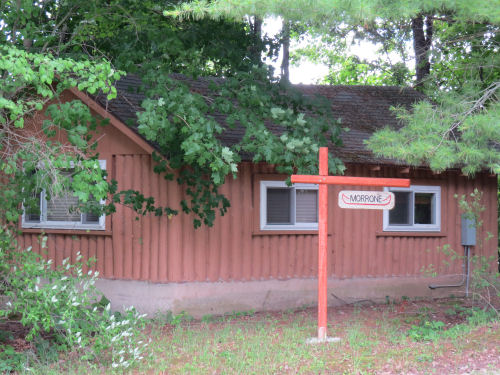 On the way home, I took a quick little walk on the North Country Trail. This is a piece I don't see too often, although it will be on our group hike tomorrow. 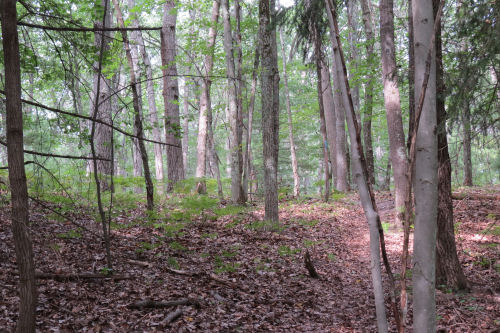 Here's a pretty little clump of Indian Pipe, with one stalk lifting its head, getting ready to go to seed. 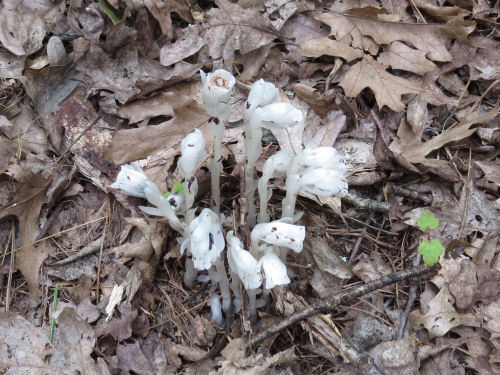 And, who knew I'd see a new plant so soon after the last one? Actually, I've seen the leaves before, but never the flowers. I knew it was one of the bush clovers, but which one??? The colors can vary, but the long wings on the lower flower petals and the round leaves mean that it's Lespedeza intermedia, or Wandlike Bush Clover. The seeds are pretty distinctive too, but my pictures of those aren't in focus. Nice that I'll get another chance at pictures tomorrow. 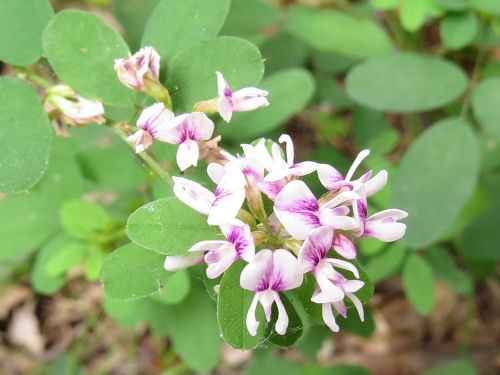 Now I have to get busy and read some more literature I brought home so I can write that column!

I like that house in the first picture. I would love to have that covered front porch