Moods of my Backyard - Angry


my backyard was a hot and angry place this afternoon. 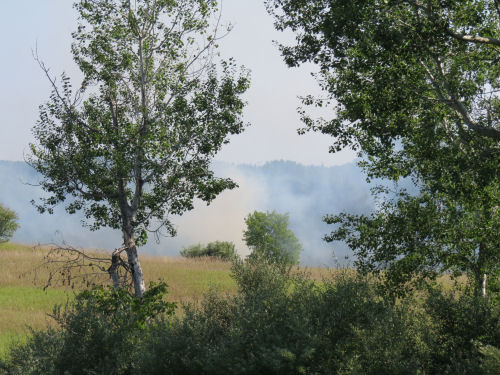 I was stripping paint on my trailer when a man suddenly appeared in my driveway. He had on a hard hat and a utility vest, carrying a clipboard, but no vehicle! He said, "I think you have a fire."

Well, I was a little dumbfounded, but he was pointing toward the back of the property.

The train had just gone by and must have sparked a blaze. I called 911, and while I was on the phone with them a tree caught fire and a tower of flame shot in the air 40 feet. I did not get a picture of that. I was afraid it was my favorite hybrid cherry tree.

The operator asked my address, and after I told her I tried to explain that they shouldn't come up my driveway because there is no access to the tracks from here, but she was already gone. So... in just a couple of minutes there were two fire trucks trying to turn around at the top of our hill!

I explained to them how to get back there. The small truck made it first. 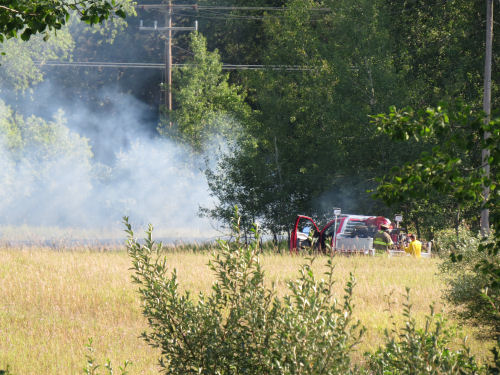 Pretty soon, the bigger yellow truck had made its way through the field too. 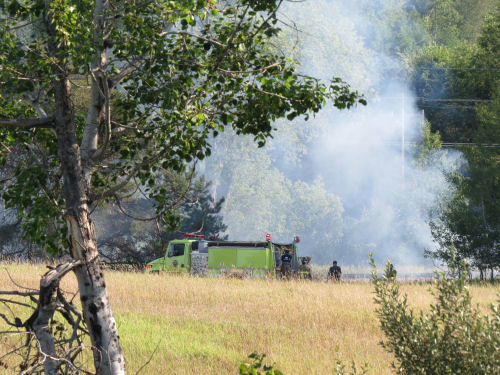 It didn't take long for them to get it knocked down. Things are pretty dry, but at least it wasn't a very windy day. 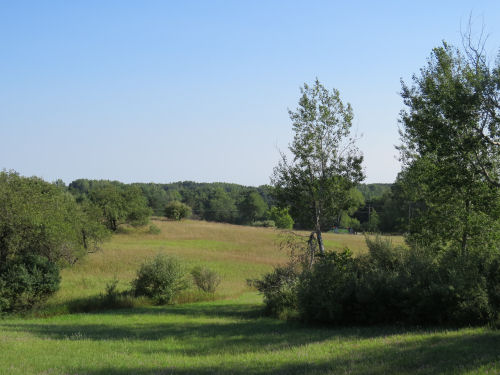 I did walk back there after the fire department left. Really not very big of an area that burned. It's in the shadows so a little hard to distinguish, but this is pretty much all of it. 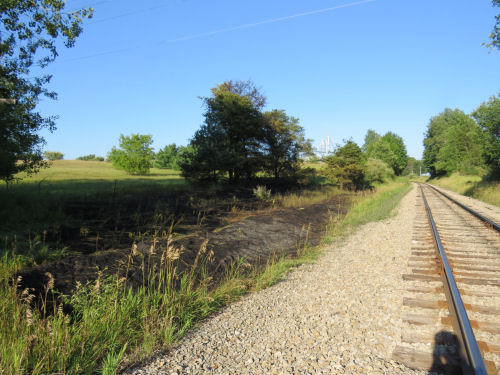 I think the big inferno I saw was this jack pine getting torched. Jack pine loves fire, actually. There will probably be a hundred baby ones next spring. 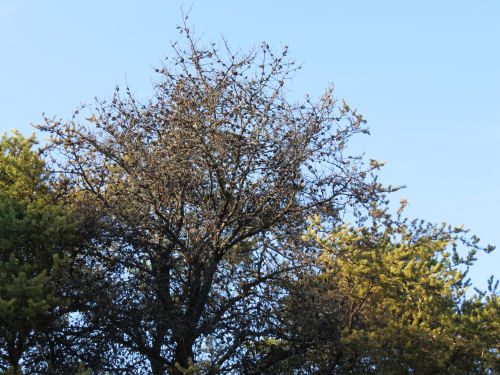 Glad I went back to look around. There was one hot spot smoking. Some of the peat was burning and too hot to touch. I went back to the house, got a gallon of water and a hoe, walked back out there and cooled that down. Don't need any surprises in the middle of the night. 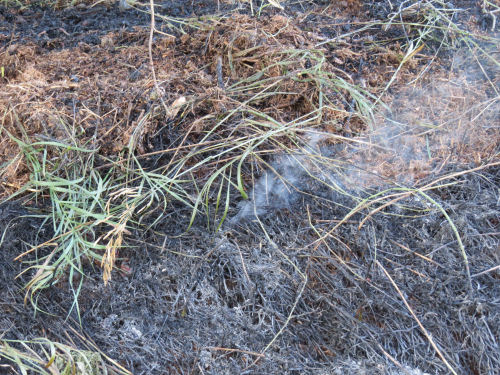 The cherry tree is fine. The jack pine are all fine, except maybe that one. But it's possible it will survive too. The blaze was hot and brief and probably mostly burned the pitch.

The man who appeared from nowhere? His truck was down by the road. He'd been walking the power line inventorying poles.

Email ThisBlogThis!Share to TwitterShare to FacebookShare to Pinterest
Labels: fire, moods of my backyard, railroad, trees

Fires along tracks were a big problem with coal and wood burning steam engines as they would spew cinders. Glad they got it out quick and you checked up on their work

Glad it wasn't anything more serious.

Anger of your back yard is understandable given the circumstances.

Thank heavens it wasnt more serious and it was spotted quickly

hello sharkbytes its dennis the vizsla dog oh hay uh oh fire!!! that is owr nemesis owt heer in the verry dry land of kalifornya!!! gud thing yoo wer their to kall in the fire department and also to tidy up after them!!! ok bye