I had to scoot over to Baldwin to the Lake County Historical Society this afternoon, and while I was over there I got to do a couple of small walks. First I did a short out-and-back on the Pere Marquette Rail Trail. 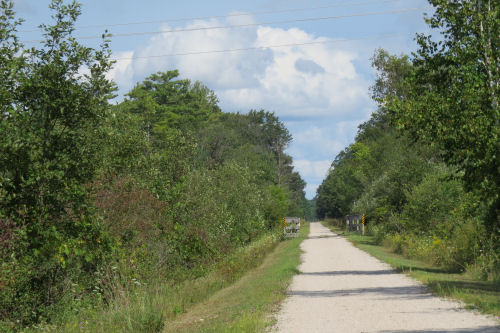 This is actually the extension of the rail line that goes in back of my house. There are no longer any tracks east of Baldwin, and it's now a rail-trail. Here's one of the bridges. This is over the Baldwin River, that flows to the Pere Marquette. 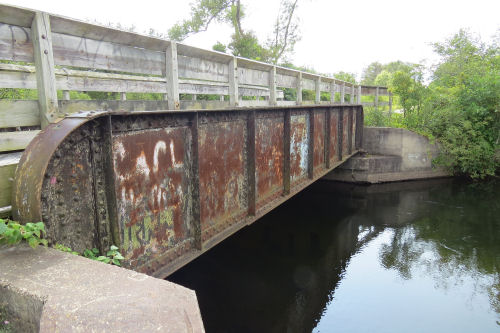 And here's a little bit of the river. 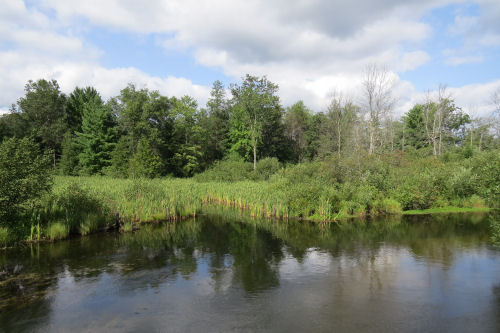 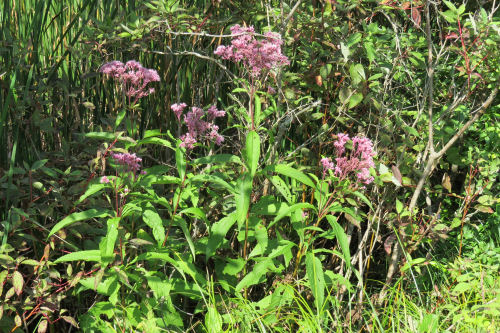 Here's a favorite of mine, Groundnut, Apios americana. 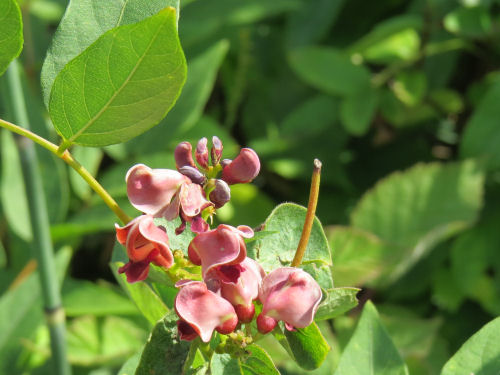 And just for a special treat, here's a Ruby Meadowhawk dragonfly. Love the little diamonds along its sides. This seems to be the only red dragonfly I ever get pictures of, but it's really pretty, so who cares? 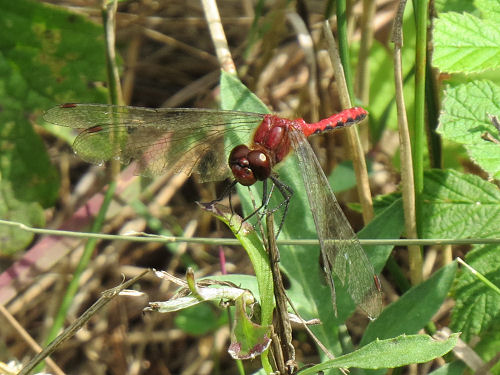 All that and more was in just a half hour! Then I met up with Sue, who had just gotten off work. 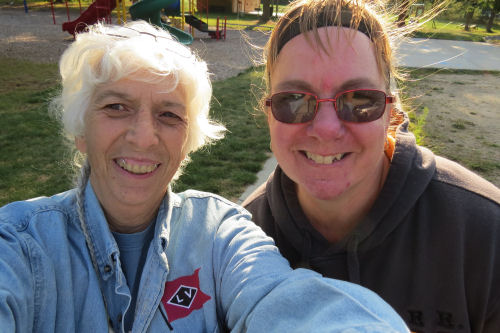 We went to the community park and had take-out salads and took a little walk on their trails. Do you need to ask? Of course Sophie Dog was with us. 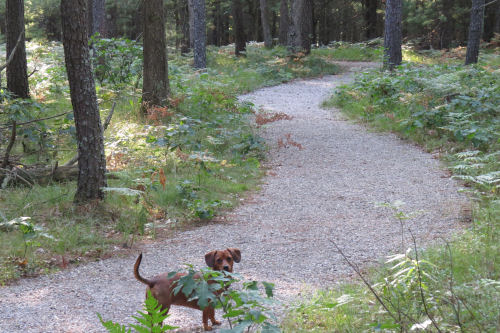 They've added some exercise equipment, and we had to check it out. I don't think we did enough to get much exercise, but we probably managed to look silly. However, I had the camera, so Sue gets to be recorded in pixels. Haha! 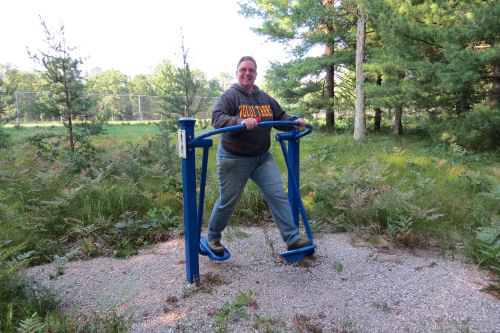 So, this was day number two of non-stop activities. I think I'm glad I only have to go to work tomorrow!