The trailer will be going out for one more weekend this fall when I have a two-day event. So I don't want to completely empty it yet for the season.

However, I've been doing some cleanup and assessment of how it did on the three-week road trip. The answer is: it was super-functional, and I'm happy with every one of my design decisions (that I can think of!).

However, there are some issues, one of them major.

I suspect every single one of these things is related to the amount of flexibility there is in the fiberglass, and therefore the torque forces that are brought to bear on everything when the trailer hits bumps in the road, particularly when only on one side.

For starters, the benches were not fastened in, so this problem should take care of itself when things are finished, but every time I moved the trailer, the boards would be jostled off the supports. I show this more as an indicator of how much movement there is. 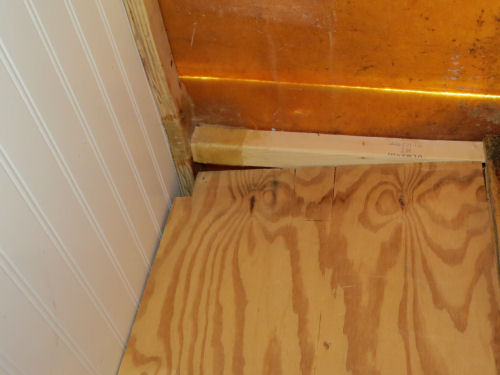 I also learned that the front light, which slides on that mounting bar you can see on the ceiling, has to be taken down when I'm driving because it vibrated right off the bracket and fell down. Fortunately, it was not damaged. It is a great light for the kitchen area. I wasn't sure if it would be good enough, but it was perfect. Maybe I can add some sticky squares to help hold it when it's mounted permanently. 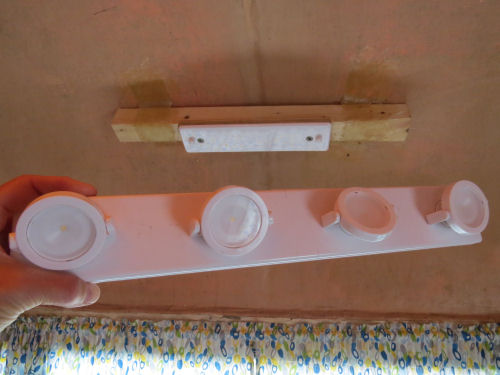 Of course, just after I wrote a good review of the lights mounted on the white walls... picture to remind you what those are like (and I still love them as much as I did before the trip)... 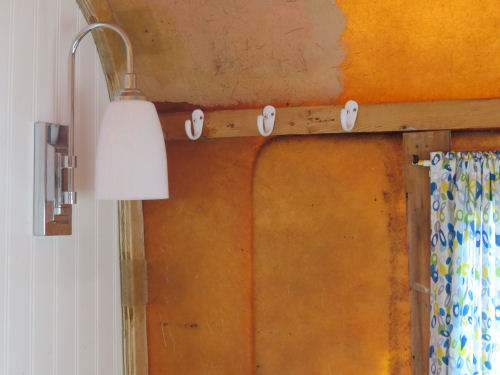 ... one of them started acting up. I thought I was going to have to return it and blah, blah... Turns out, the issue is that the little foam pad that holds the batteries in tight isn't quite thick enough. Maybe it didn't like being damp, or didn't like being jostled. Anyway, that is an easy fix... I'll just add a thin layer of foam on that. 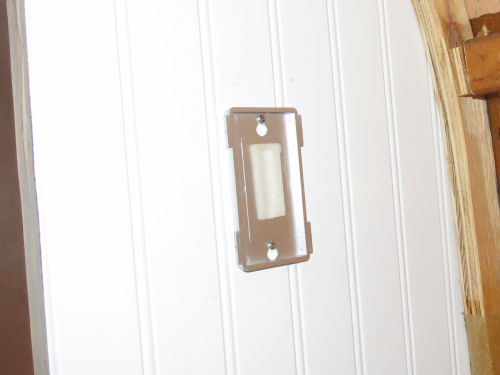 The real and huge issue is water. None of the windows leaked before I left home. It didn't rain at all in Kentucky, but it rained pretty much for two solid days after that. When I moved the cushions the other day, on the right side of the trailer, everything was soaking wet and the new wood is molded. Hmmm. So that window is now leaking badly. Not good. 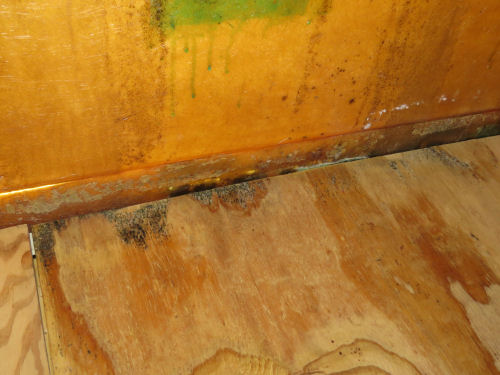 Also, this folded mat was bone dry when I put it in the trailer two days ago. It rained on Friday. As you can see, it's wet on the edge. That has to be drips from a leak around the top vent. Super bummer. That has never leaked before. I have not fussed with this at all, so this is really new. 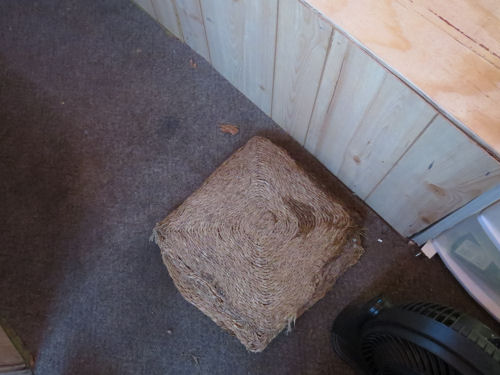 Also, there is water seeping in at the top of the rear window, just enough to wet the plywood.

So... there is major work to do on the windows. Maybe they just need more sealant? I'll have to think about all this.

Meanwhile, I ordered a cover for it today to put on it for the winter.

In other news: I worked on the book in the morning, and a little more in the afternoon. I also had a telephone meeting, and did my accounts from yesterday.

Well over all it sounds like it did very well on the trip. At least you were able to identify all the problems and have a plan for fixing them.