Today, I joined the North Eastern State Trail (NEST), a rail trail on the former Detroit to Mackinac railway bed. It has a crushed stone surface instead of pavement. I'm never sure this is really easier on the feet. Maybe. It wasn't heavy rain, but it rained pretty much the whole time. The damp air held the aromas close. Loved the smell of pine and hemlock, with an occasional spray of balsam.

Anyway, I had to switch my brain from paying attention to the trail to something else. How about this little stretch of beauty? (most of the trees haven't turned this much yet.) 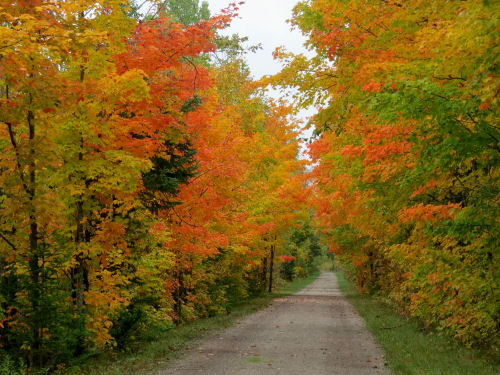 Even though this is a developed trail, this section felt very remote (except for the dead straight line). I guess once you get on it, following the M2M trail, you aren't supposed to need much reassurance. I saw two or three trail markers the whole way. 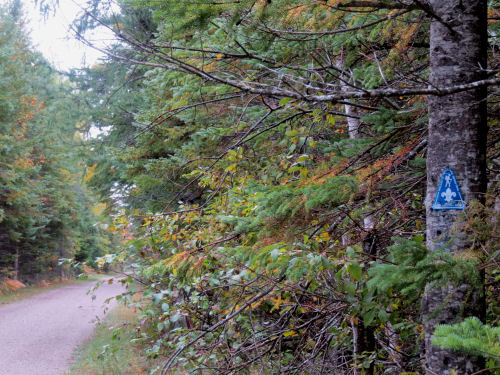 There were actually quite a few interesting wetlands along the route, and I didn't have to wade any of them. You'll have to take my word for it that there's a kingfisher in this picture! 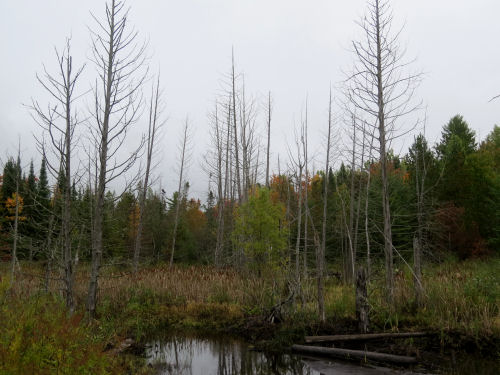 New England Aster is one of the nicest fall wildflowers. 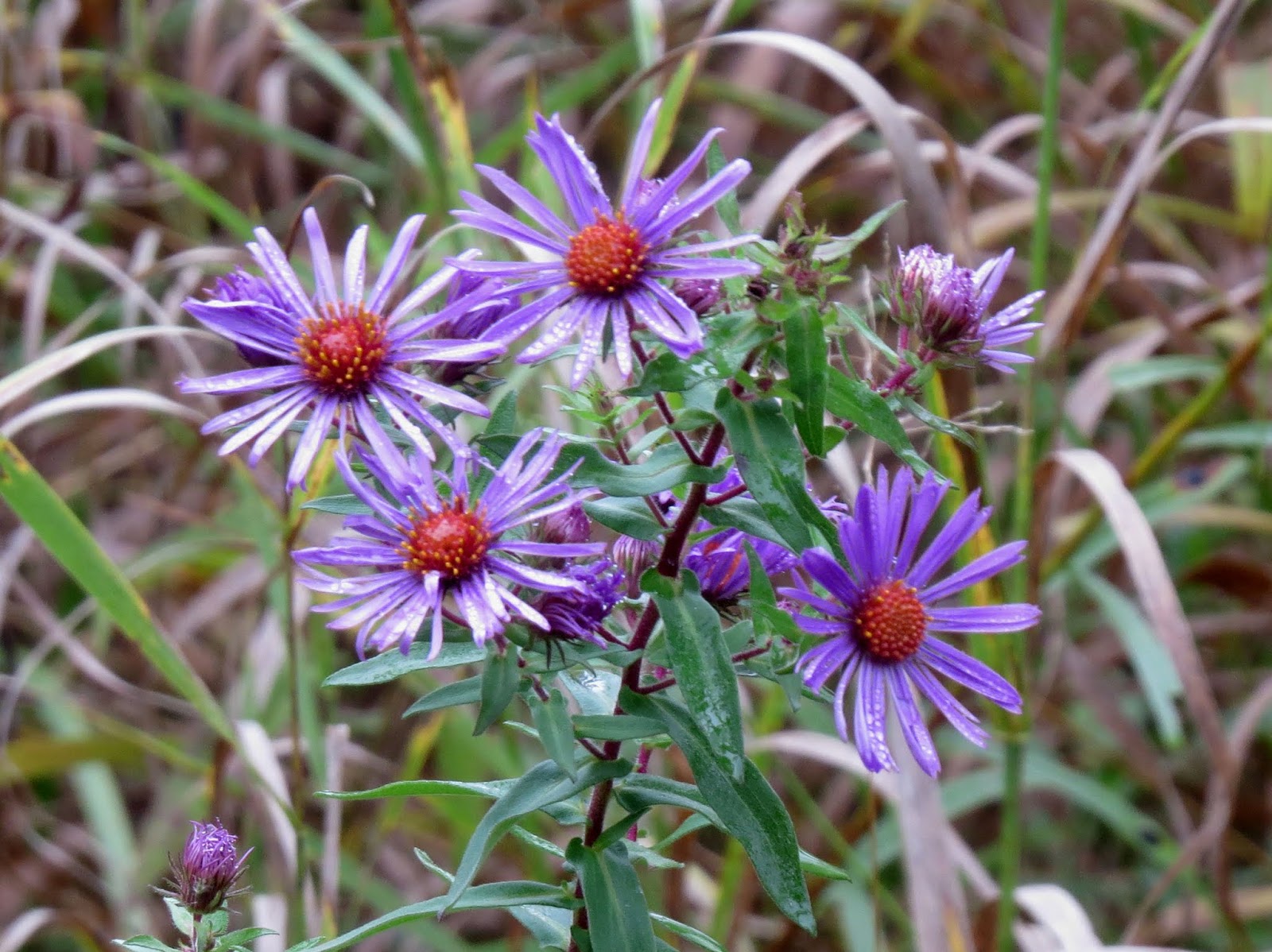 And at this spot I disturbed a great blue heron both times I walked by. 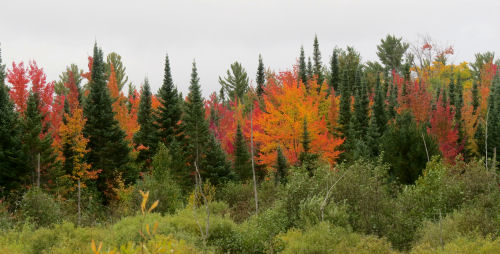 I think I saw a coot flying, and I just listened to some voice recordings, and am pretty sure that's what I heard in another place.

Caught some ducks in flight, although it's a terrible picture. I'm posting it only because I don't think they are mallards. I think they are blue-wing teal. Love seeing less common things! 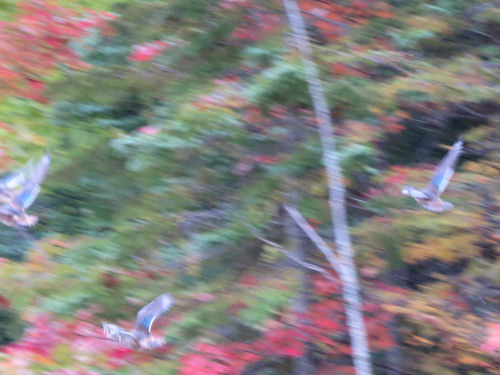 So, what does one think about while walking almost 15 miles in an absolutely straight line? I prayed for everybody I could think of. I figured out if it was going to be possible to finish all but the 17 miles of trail in the middle that I skipped because the roads were flooded. The answer is: I can get to Mackinaw City, but I'll have to come back to get those miles in the middle.

I was thinking about going home tomorrow, since I can't finish anyway. But I decided to ask the motel if they'd give me a discount rate if I stayed till Thursday. They did, so that helps offset the cost of another tank of gas to get all the way back up here.

But, no matter how you slice and serve it, 58 more miles (if I have to walk both directions) on a perfectly straight trail is kind of boring. When I got back to my computer I checked on public transportation from Mackinaw City to Cheboygan. That would be a really long walking day, but I could do it. I'm waiting for a response to my question, because their web app says you can only go from Cheboygan to Mac City. What? That seems too weird.

Forward progress on the trail 7.4 miles. Total miles walked 14.8. Total trail miles to date: 172 and a squirt. I'm happy to tell you I never lost the trail at all! But I am losing another toenail.

Posted by Sharkbytes at 7:11 PM

Nice that you didn't lose the trail at all. Loving the fall colors. I haven't seen too much of it around here yet.

Ann- the colors are just peaking here, so they haven't worked their way down to you yet.