Sue and I live just far enough apart that getting together doesn't work all the time, but there is one piece of the North Country Trail that is about halfway between the two of us, so we snuck in a few miles after she got off work.

Sophie and Anabelle have spiffy new jackets! All the better to climb logs in. 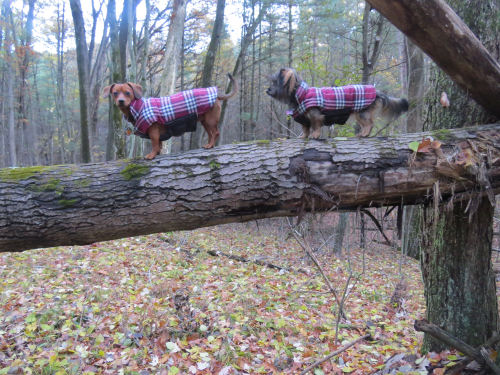 I think these might be a chanterelle not fully open. 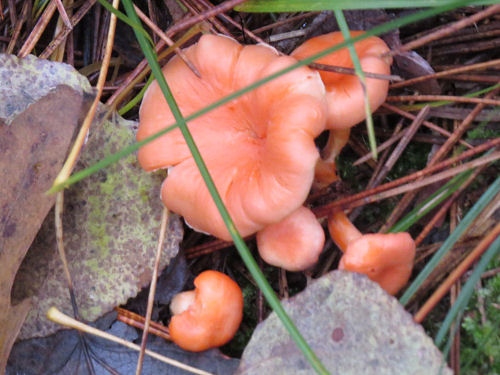 Just south of 8th St (just a dirt road) there is a long stretch of rail berm that used to be a spur of the Lake County Railroad. This was a narrow gauge logging RR built just to take timber out of the woods. This would be a good time of year to follow it beyond the NCT portion and see where it comes out. Maybe another day. 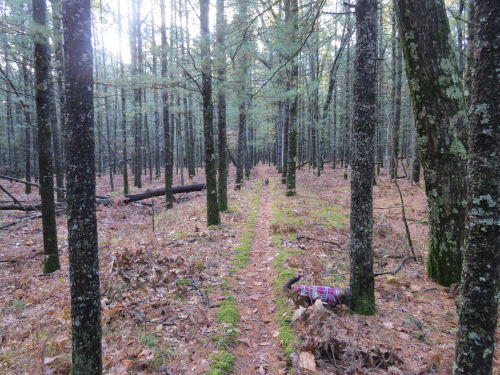 I wanted to show you a few last bright leaves, but Sophie apparently thought I was marking the spot where she should dig. 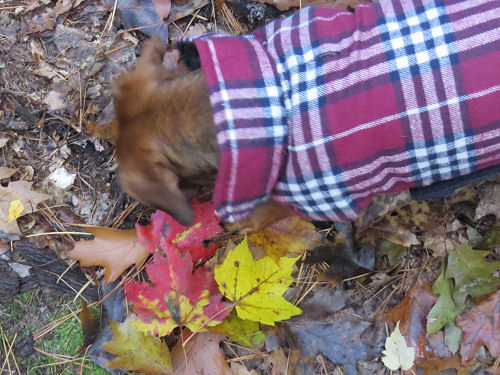 When we were almost back to the cars the pups decided to run off and chase something- maybe a chipmunk. We had to corral them and Anabelle, who was naughtiest, had to ride in the pack the rest of the way. Oh! They also encountered something that scared Sophie. She was yelping as if she was being killed. Sue thought maybe a porcupine and we went running to rescue them. But no quills and we have no idea what they found.

We did six miles. Glad Sue is able to be spontaneous from time to time. Hike 100 Challenge is at 87 miles. 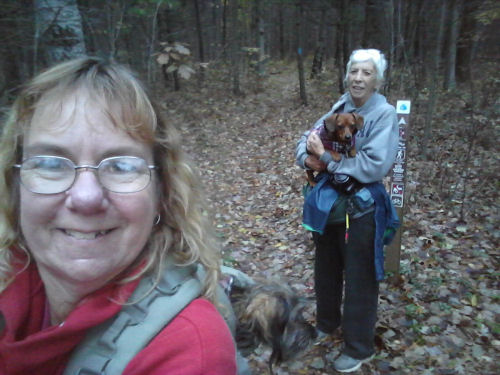 In other news: I wrote my newspaper column, and read over the chapters in Dead Mule Swamp Mistletoe that I have done. I was thinking maybe they were pretty boring, but I guess they are OK with one exception that might need a bit of tweaking. Tomorrow, it's back to writing on that book.

Sophie and Anabelle looked quite spiffy in their new jackets. I like the picture of the rail berm

What helpers you had! But...they are cute in their little jackets!