Today I had the pleasure of hiking with a buddy I haven't seen for a long time. 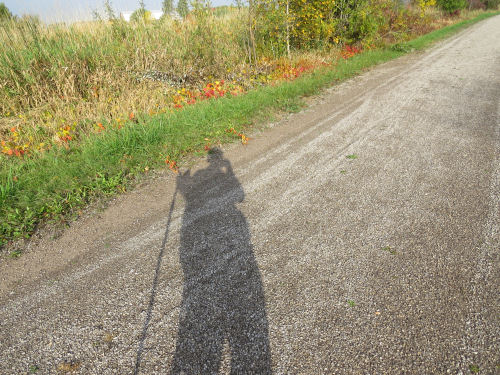 Less than a mile into the hike the trail crossed the Cheboygan River on the old railroad bridge. Just the ordinary truss kind, but they are still interesting. 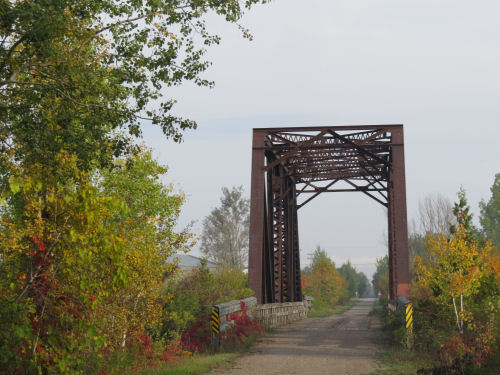 The view of the river was fun too. When I came back past here there was a group of people on the bridge shouting and waving to boats as they passed below. 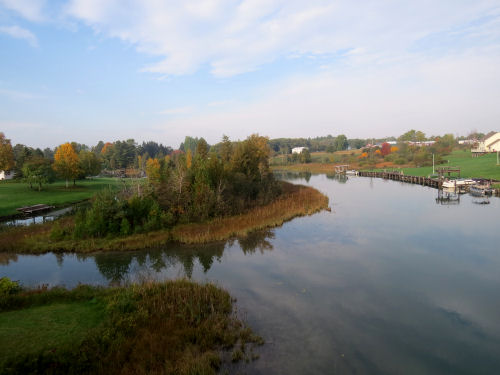 Saw a group of Shaggy Mane mushrooms. Good eating! But I wasn't on a mushroom quest today. 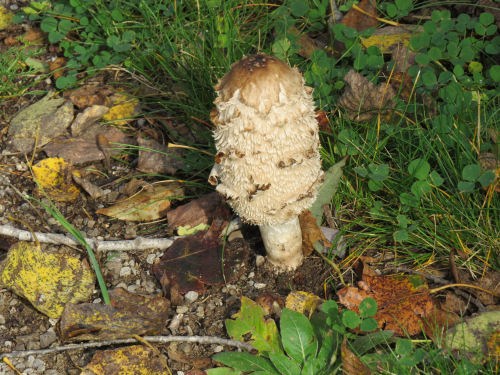 This red squirrel was impressively and loudly upset that I was passing beneath his/her tree. 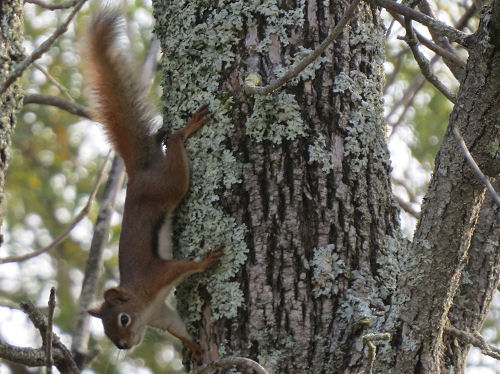 And, I know it's just a robin, but it was so bright and happy, it just wanted a picture taken. 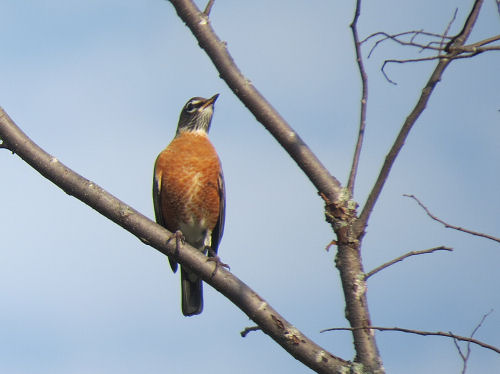 I loved the mixture of shapes and textures with the New England Asters and cattails. 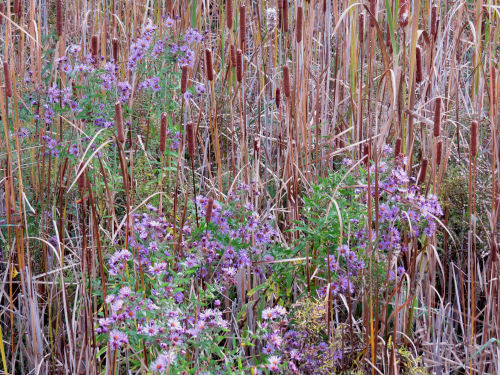 The colors seem to be nearing their peak along the roads, but only small portions of the trees have turned along the rail trail. 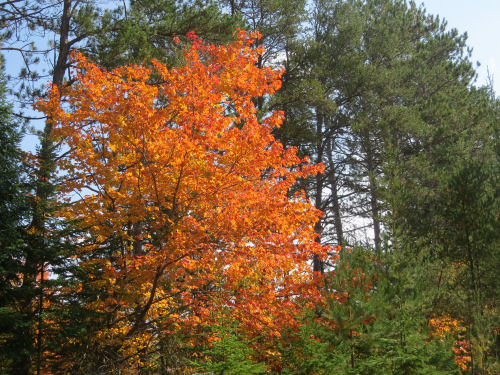 Today, it was extremely grievous to turn around and walk back to the car. I was only 12 miles from Mackinaw City! But I would have been truly beat if I'd gone on. However, I joined and switched to the North Central Rail Trail, and turned the corner westward toward Mackinaw.

I met a Vizsla named Otis (and his owner). Otis leaned on my leg (velcro dog) and wanted his back scratched. The owner and I talked about doggie things. She was impressed that I knew the breed. I told her about my Maggie.

There were quite a few people using the trail for a weekday, during work/school hours. I saw 14 pedestrians (four of which were runners, two were pushing strollers, and two were children), the two tiny humans in the strollers, two dogs, and three people on bicycles.

I expected the trail to go through some ugly places in Cheboygan, because rail lines usually passed through the industrial sections. But this trail continued to feel rural or suburban at the most crowded. The only real change was more street crossings.

The temperature shot back up. I should have worn shorts! I knew it was warm and humid, but found out why I was feeling miserably hot. But I did NOT get rained on. Posted by Sharkbytes at 6:46 PM

That mushroom looks kind of like the ones growing in my back yard right now. I just noticed them yesterday.
The picture with the one tree full of orange leaves surrounded by green is what it looks like here only maybe a bit less orange. It's still very green

Just you and your shadow . . . I see another puffball out on the lawn. Smiles here. We're expecting rain here today (Wednesday).

I enjoyed your hike! Thanks for taking me along! I will follow!

Ann- watch them.. If the next step is that they start to turn black and drip like tar from the edges... that's the ones! They self digest as they age.