All the World's a Litter Box


That's actually more true than "All the world's a stage," since wildlife of one kind or another poops pretty much anywhere it wants too.

But this is something of a mystery. Obviously, this scat has been covered by the originator. A few kinds of animals will do this, including the possibility of a feral cat, which we occasionally have in the barn. This is in the driveway. You can see my footprints for scale. 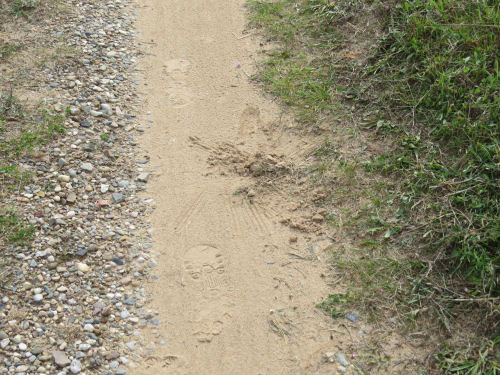 The ID problems are several. For one thing, whatever the animal had been eating did not result in normal poo. It's a soft gray mess in the middle. It did not smell like cat. Sometimes raccoons or skunks will cover their feces. That one "handprint" at the top left isn't distinctive enough to rule out either of those, although the thumb doesn't seem spread enough for an opossum, and it also doesn't seem very cat-like to me. I suppose a woodchuck is also a possibility. 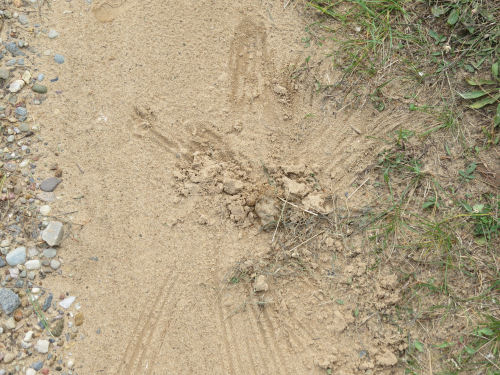 And thus, this will remain an unknown.

What is known is that autumn is here. It's somewhat beginning to look like it. 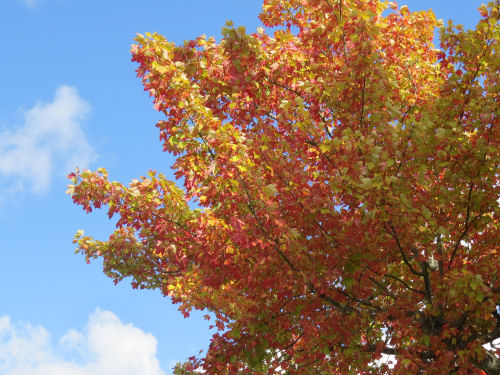 Sunrise today. It was nippy but sunny and nice. 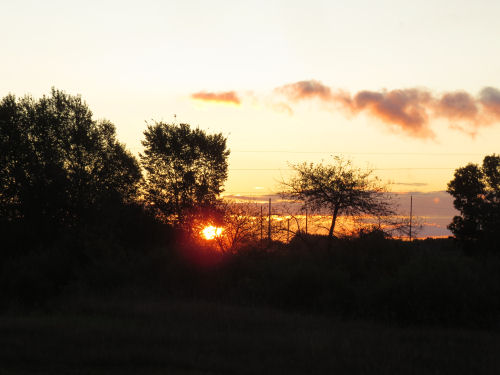 In other news: I worked on the book in the morning, and started doing some of the formatting for it after lunch. Then I walked to town- joke's on me. I forgot the Post Office was closed. Anyway, I had my walk. Then I spent the rest of the afternoon on one of my never-ending and pointless (to anyone but me) projects.

Sometimes I envy those animals who can do their business wherever instead of running in search of a restroom.
It was cold here yesterday and rather gloomy looking all day.

Charlee: "And here we always thought we had to use the boxes Mama and Dada put out for us!"