There were just too many pictures from yesterday to use all at once, so I saved the fun stuff for today.

Bright yellow fungus. I don't think it's Witches' Butter... too structured. That looks more like globs. My best guess is Yellow Fairy Cups, Bisporella citrina. They usually grow on trees that have lost their bark. Check. They often fruit in the fall. Check. They can grow somewhat individually, but often in clusters of little cups without noticeable stalks. Check. 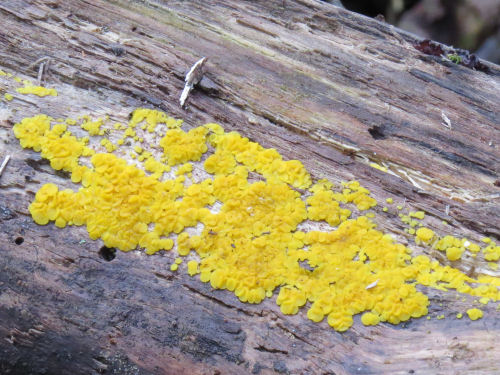 Also, a polypore, nothing special, maybe turkeytail without much banding. But the colors are nice. 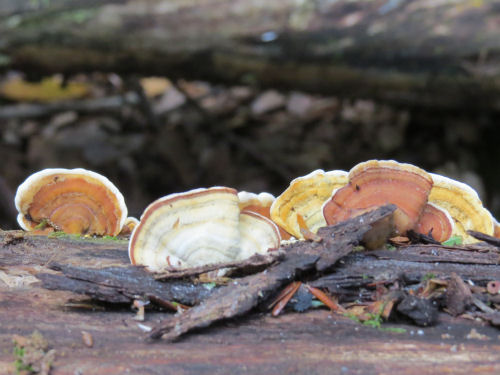 Here's the best. Another dragonfly. Although the red meadowhawks are supposed to be really hard to identify in the field, and even though this isn't the best picture, I'm going to take a guess and say it's Yellow-legged Meadowhawk, Sympetrum vicinum. It was smaller than the other red meadowhawks I've pictured. The legs definitely aren't black. The others start with brown legs that mature to black, while this one starts with yellow legs that mature to reddish brown. It's a late-season dragonfly that often flocks in groups, and there were a whole lot of them in one place. They are known to be "confiding," meaning they will land on people. In fact this one sat on my hand for a few minutes so I really got a good look, but couldn't figure out how to take a picture with only my left hand. 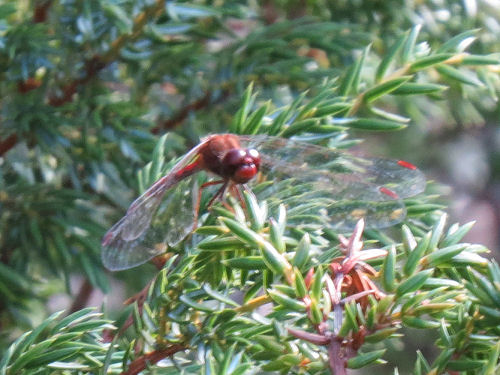 I just liked this. There were several similar trees, but this was the best. For some reason, the bark peeled leaving a sort of crown near the cut end of the log. 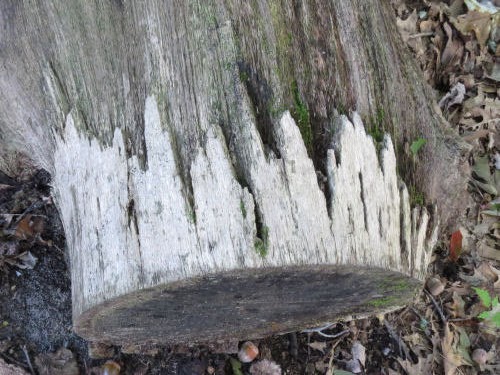 Last treat- the man-made kind. This is the Milwaukee Clipper, built in 1904, a Great Lakes ferry, now a floating museum docked in Muskegon. 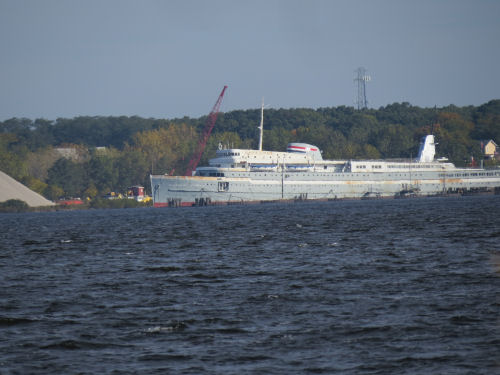 In other news: Today started with handbell choir. I think we played well, an arrangement of The Church's One Foundation. In the afternoon I did laundry. And here's a real news flash. Omer and I worked together and got the bottom door seals on both the front and kitchen door changed, so the wind and water can't blow underneath them this winter! Hooray for small victories.

Wow, that's some bright yellow fungus. I like the turkeytail too. It really does resemble a turkeys tail.

I love reading your nature travels. I have been a science teacher for 28 years so I appreciate your genus and species being identified.