I haven't made a list yet of the new plants I saw in Kentucky, but tonight I took a harder look at one of the ferns I got pictures of, and I think it's another new one. I thought this was Fragile Fern, and it sort of is. I was going to show how it likes to grow out of crevices in rocks, and it does. 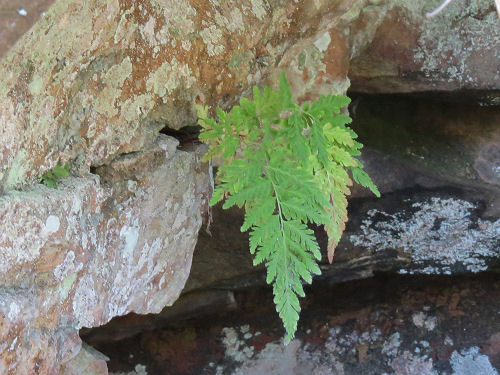 One reason I took this one's picture is the mature sori on the underside. 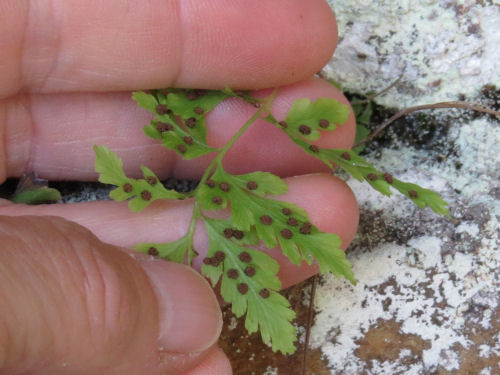 The round shape and random placement are consistent with a fragile fern. But here's the part that made me read all the text in my most detailed fern guide.

Here's a picture of a mature frond of C. fragilis. See how the pinnae (leaflets) are growing out from the rachis (stem) at right angles? 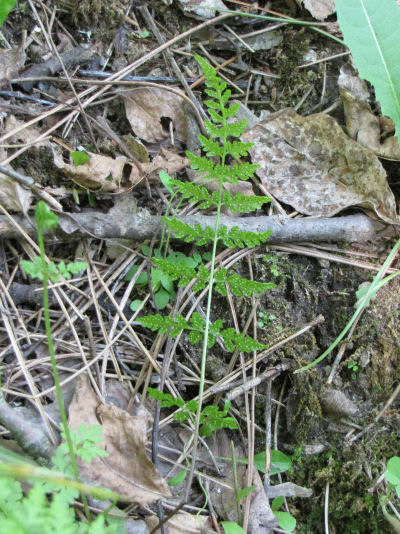 Now look at the first picture above. I know it's hanging downward, but all those pinnae are angled toward the tip. Yow can even tell this is true in the closeup with my hand. They aren't at right angles.

Now, if I could only remember more of these many ferns I've discovered. Some of them I have down pat. Others not so much.

In other news: It was a nasty cold windy and rainy day. I wrote in the morning, and printed and assembled 20 copies of Devotions for Hikers in the afternoon, and went to the Post Office and bank. But I didn't feel the need to walk there in the bad weather. I have a car.

I doubt that I would notice the difference betweent he different ones if I saw them. You're good at figuring out which is which.
I don't lke walking in the rain, I would have drove too.