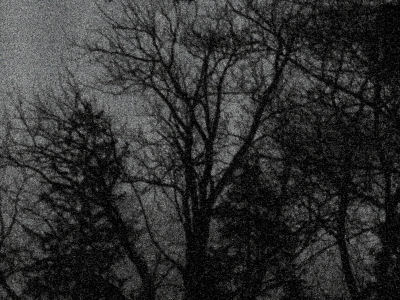 First of all, I lied. Well, I didn't know that it would be a lie... Earlier I said that Saturday's hike would be the last one before gun deer season. But when I said that, it was forecast to rain pretty much all week. And indeed, it is raining now.

But earlier in the day it was dry and relatively warm. So Maggie and I hiked the Nature Trail at Orchard Beach State Park before the Trail Chapter meeting in the evening. That was ok... there were a couple of interesting sections of spruce and hemlock that I hadn't seen before.

But the best part, the quality part of the day, was sitting in the car waiting for the meeting location building to be opened. The twilight deepened, and the wind was rising. The branches of the evergreens were beginning to sway and be tossed. A squirrel made a wild leap from one tree to the next and then scurried down the main trunk. Several different species of conifers were planted where I was parked and each one moved with its own rhythm born of branch shape, sap content, and location. Yet, the dissonance of motion was not disturbing.

To my left, the bare boughs of maples stood stolid above two firs whose motion was greater. They presented more surface for the wind to catch. A small gray fox followed a careful path across the lawn, pausing for a moment in the circle of light by a lamp post. It crested the low hill, and was gone. My eyes half-closed, and the motion of the trees and the swaying of my thoughts became one.

I used to spend hours letting the patterns of natural lights on water, or motions of waves, seep into my brain until all was one. It has been a long time since I've taken time to allow that to happen. A wasted hour before the meeting? No way.