Five Weeks Sure Changes a Trail 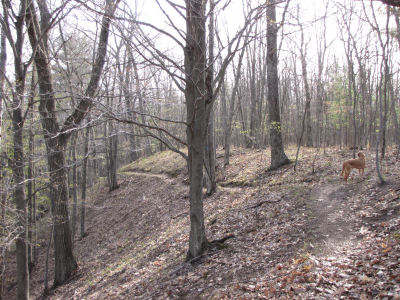 Today I had agreed to spot a hiker who is setting out on a 5-day backpacking trip. I met him at his end point where he left his car, and then took him to the starting point. Maggie and I walked in for about 45 minutes with him, and then turned around and went back to our car.

His starting point was the same place where our club took its March hike, which I wrote about at Interesting Geology Above the Little Manistee. And without really planning it that way, I have pictures taken from the same place. 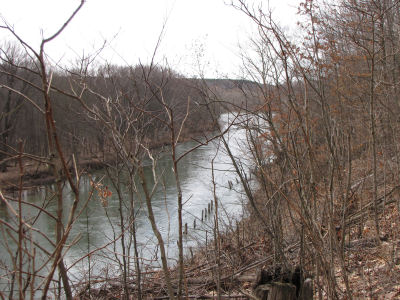 The first picture is a curve of the Little Manistee River taken on March 13 of this year. 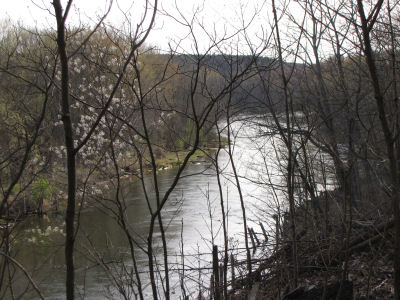 This is almost the exact same place, taken today. See the tree in bloom? That's shadbush, also known as serviceberry. Even though the leaves aren't open yet, you can really see the green cast to the trees, and the river banks. It won't be long now!

It's warming up here in England, we may get a few more frosts but we will soon be looking for shade in the woods. We have the Juneberry - Amelanchier lamarckii not a native but naturalized many years we find it mainly down south.

Love that flower starting to bloom by the river!

It's so pretty there along the river, especially with the tree in bloom.

you really can see quite a change. here there seemed to be a lot of change just over night

I like the look of this place. It looks like a much bigger version of where I routinely go. Mostly it's just good to look out there and see nature all around.

Carol- Ah- this is Amelanchier laevis. I'll have to look up the difference.

Chubskulit- the shadbush (serviceberry, Juneberry) is just a lovely addition to spring in the northwoods. Glad you like it!

Carmen- it really is a wonderful hiking spot, but almost an hour from my house, so I don't get there just on a whim.

Ann- yes, things near the house are very different after just two days

Ratty- no kidding! Anywhere is really good as long as its outside and green

Hi Ferd- We've had a lot of nice days this spring. I can't complain!