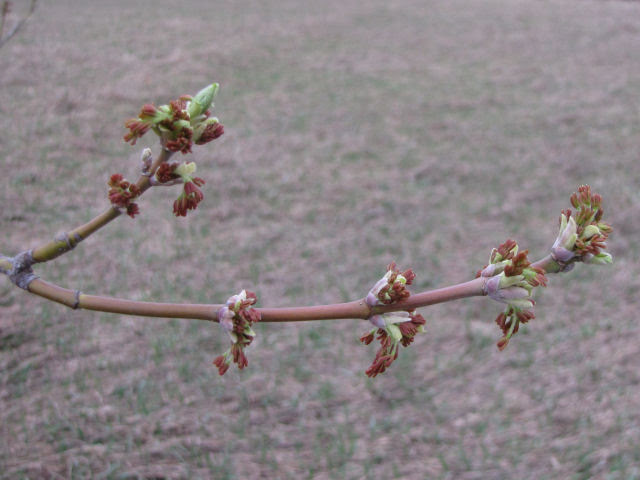 Remember, way back, when I mentioned that a few trees have opposite branches? Maples are one of those, and I'll start with a tree that you might not have known is a maple. Notice on those flower buds above that they are opposite? That is actually about the prettiest picture I've ever gotten of this species. It's really sort of a junk tree- the lowly boxelder. It's biggest claim to fame is that the leaves look very much like poison ivy. 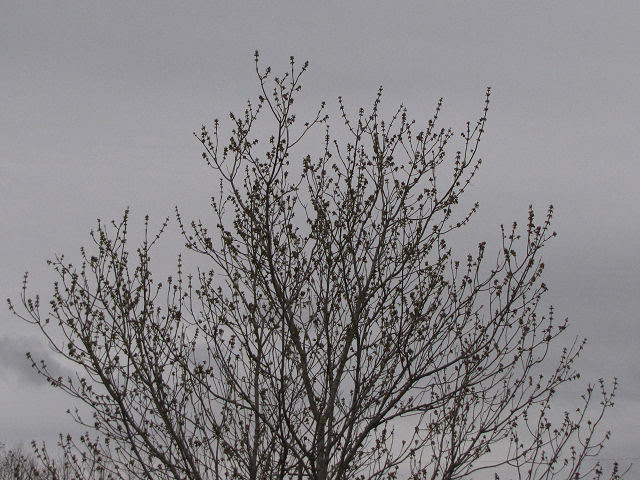 Here is the shape of this rather small boxelder just as it was flowering on April 3. Now it's starting to get real leaves. 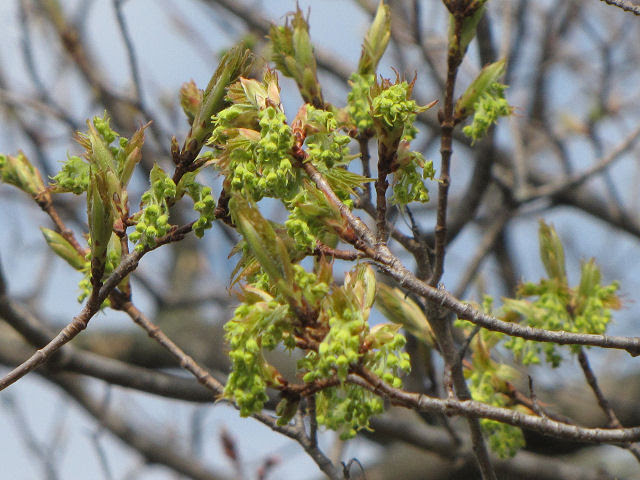 Here's a maple more like what you may expect. These are the flowers on a sugar maple tree just a couple of days ago, at least a week later than the boxelder. 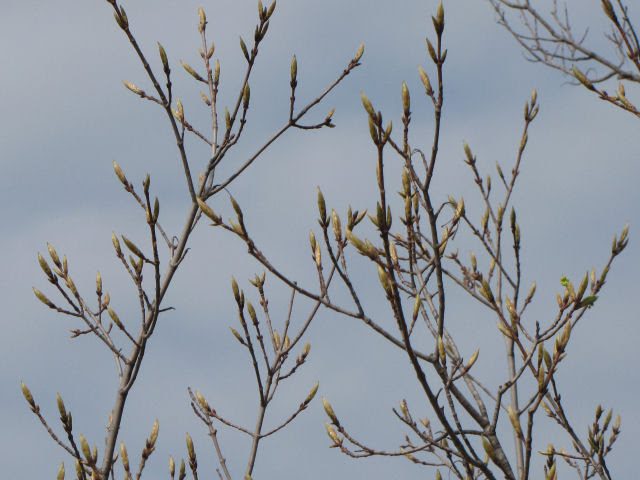 Finally, this is the sugar maple with the buds just getting ready to unfurl into leaves. This picture was taken the same day, but some branches were farther along. Look carefully at the branch right in the middle, and you can easily see the opposite branching.

Tomorrow, I'm doing a table for our trail club at an Earth Day event. Who knows what I may find there? Last year I got some great pics of a sea lamprey that was being demonstrated.

I definitely see the opposite branching in the photos. It's also nice to be seeing the trees getting their leaves back finally.
Have fun at your club's earth day event. looking forward to seeing what you may find.

The similar look of the boxelder to poison ivy is interesting. I went and read your other story about them. I was lucky enough to get a personal lesson about the difference last year from a woman I know who works for the parks around here.

I used to think that hiking and nature was such a solitary thing, but reading about you and your trail club, and me getting to talk to all of the park officials here has changed my mind about that in a positive way.

Ann- Yes, this is a good time of year to see the tree branches, but I'm ready for leaves!

Ratty- I like going alone best of all, but a small dose of walking with some people who like a lot of the same things that I do seems to be quite nice too. I love being able to show people new things, but I often learn a lot of new things too. Especially things that require listening to, I learn much better if someone really talks me through it.