Driving along yesterday- two large black birds in the snowbank beside the road. Crows or ravens? One flew away quickly, but the other one pretty much ignored me as I slowed down and stopped to take some pictures. 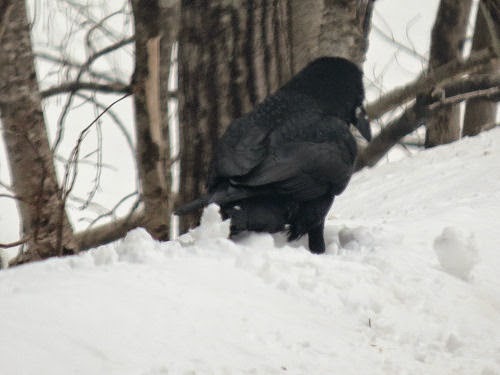 We have both crows and ravens here, and I was a bit north of where I live, so that and the size suggested "raven." The bird kept flipping its beak through the snow. I didn't get a shot that really shows that, and I'm not sure what it was after. 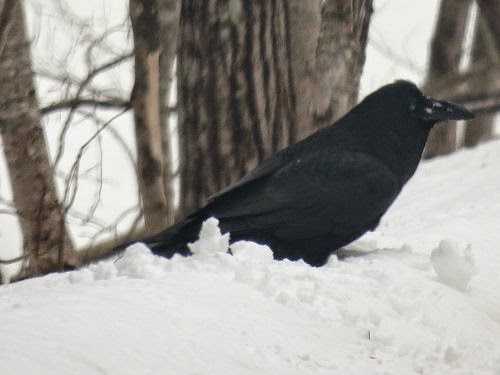 But it did let me catch a couple of nice profile shots that show the roman nose of the raven, in case I wanted a little more verification. 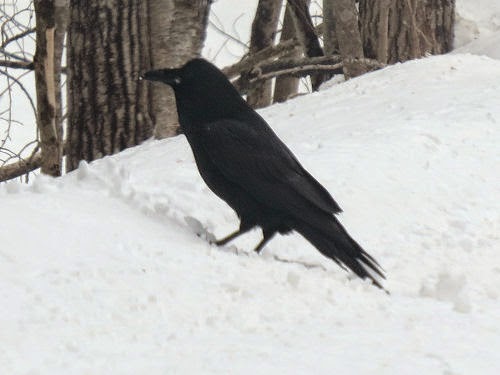 I guess it finally noticed me, because it flew to a tree. Just for extra certainty, it cawed for me. Not the clear caw of the crow, but the harsh, crow-with-a-very-sore-throat caw of the raven. 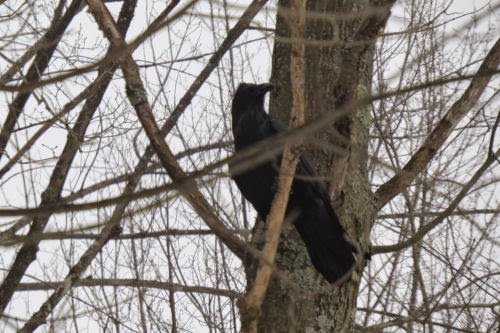 Then it had had enough of me. Bye, bye, black bird. 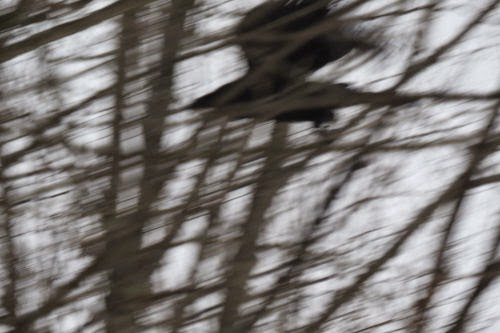 Posted by Sharkbytes at 9:29 PM

I could see snow on its beak in the second picture. There must have been food in the snow that it didn't want to leave. I'd love to see one of these guys.

I never really knew the differences between a crow and a raven. Now I do. I like that last picture with the blur

We have the Crow, Rook & Raven I get confused with them all. :)

Beautiful! He must have found something good in that snow.

We've blackbirds and grackles aplenty, but no ravens in this area.

I don't believe I could identify a raven if I saw one. Thanks for another enlightening post.

My only experience with ravens is at the Tower of London where, of course, they clip their wings so the British Empire doesn't crumble.