Here's the flower I thought I was seeing from a distance that turned out to be the pussytoes. Oddly enough, within a few hundred feet, we did find early saxifrage, Micranthes virginiensis. 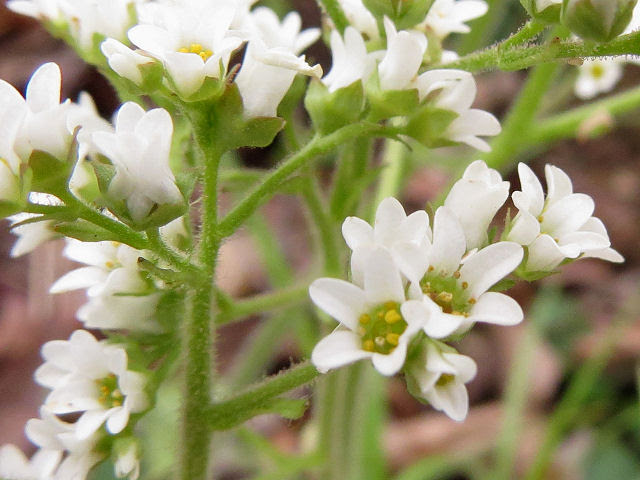 The taxonomists are playing with my head. A whole bunch of what used to be genus Saxifraga are now placed in brand new genera. I suspect unless you are taking a college class or doing plants professionally, you can still call it Saxifraga virginiensis.

It's a dainty spring plant, usually less than a foot tall. This one was growing through dead leaves, but it often sprouts in rocky areas with moss or on rotting logs, creating a nice setting for pictures.

Note the basal leaves on this species. They are broadly oval with big teeth. The stems are hairy and sticky. 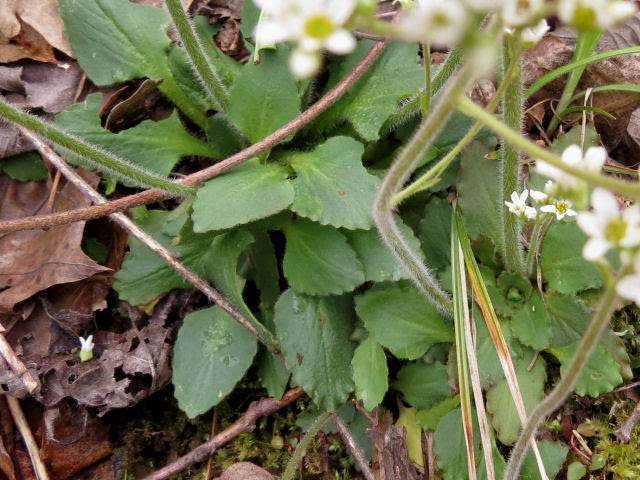 I've previously shown you a cousin, Allegheny foamflower. I don't think we saw any of that on this Ohio trip, but we did see miterwort, another cousin. I didn't take it's picture though. It's not very showy, so I keep giving it the short end of the stick.