It was a day of many quality experiences. Many. It was this day that I saw my "new" plant, and also a rare plant. But you'll have to wait. I'm going to do flowers as a group or two after the "journal."

For one thing, we encountered rocks. Not that big rocks are unusual in Ohio, but we hadn't seen any so far this trip. 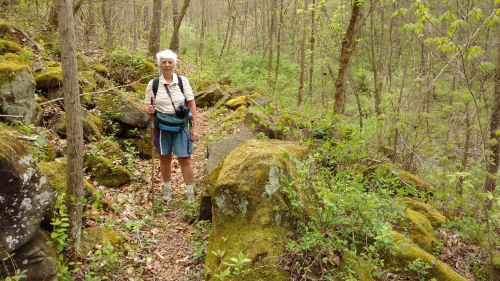 Under the heading of flying things, there were two nifty sightings. This moth is not very unusual, but I don't see them too often. It's called an Eight-spot Forester. Actually, the caterpillar is really interesting, but I've never seen it in that form. 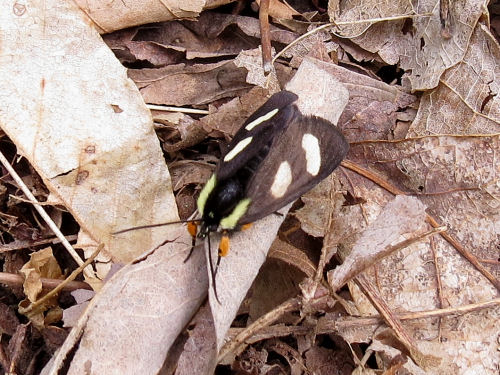 Although they were, um..., busy, this was an awesome find. I haven't seen Zebra Swallowtails in a long, long time. The range map says they don't live quite as far north as I do, so that would be a possible reason. Their constant motion made a good picture impossible, but I'd rather have more future butterflies than a good picture. 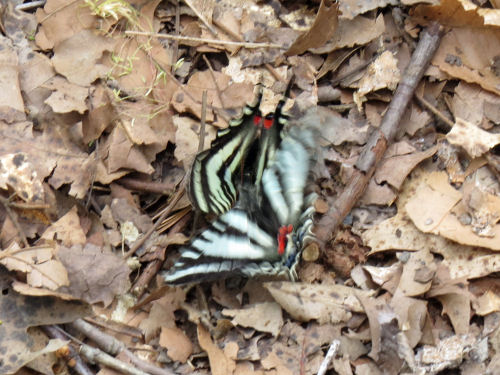 This mossy log was also busy having sex in its mossy way, and the height of the sporangia is impressive. I'm talking about all those little orange "hairs." 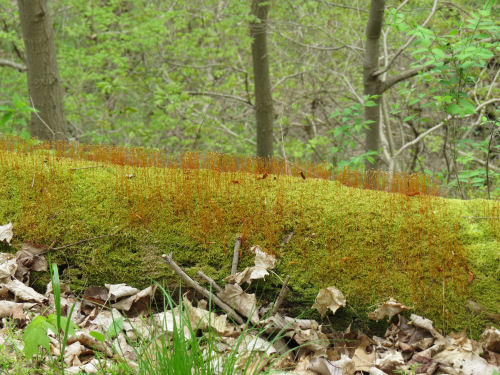 We also enjoyed the rocky configuration that gave us a little waterfall. We thought with all the rain we'd had that there would have been more water in the creeks, but this trickle certainly didn't seem to have collected much runoff. 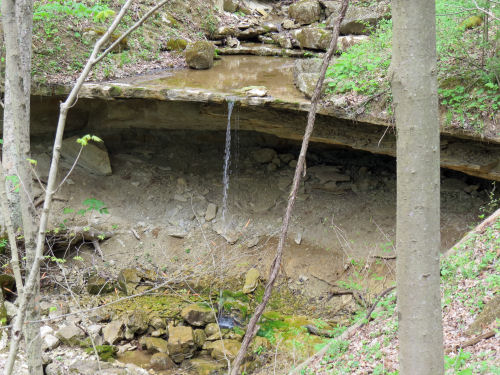 With about 15 minutes of hiking left for the day, this appeared IN the trail. 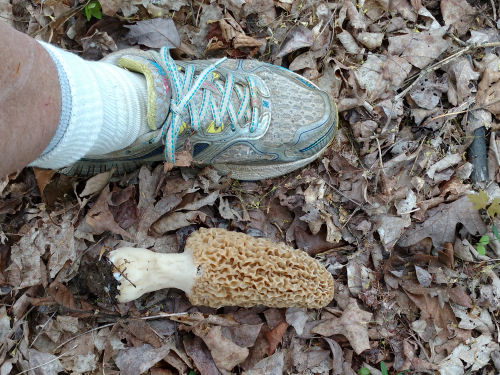 Well, I know what to do with that sort of gift! It made a perfect appetizer. 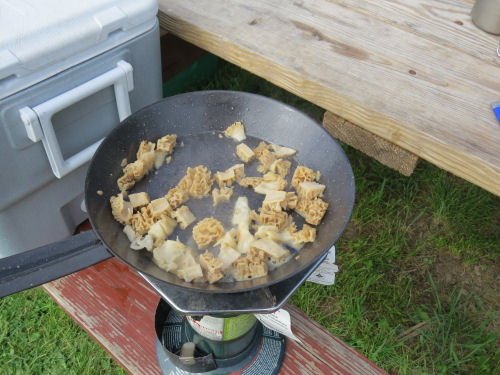 I set up the tripod to try to get a decent picture of Marie and me together. We look like pretty ordinary campers... tent, table, cooler, cooking gear. Yet somehow I don't feel too ordinary. Beautiful evening. We actually sat outside for a while to read. The birds and frogs serenaded us. We had bullfrogs, green frogs, tree frogs and peepers. The red-wing blackbirds and robins would sit right on the picnic table. The water was a big draw for many birds. There were also tree swallows, rufous sided towhees, a warbler (I'm not much good at IDing those), a green heron, a blue heron, grackles, and cowbirds. 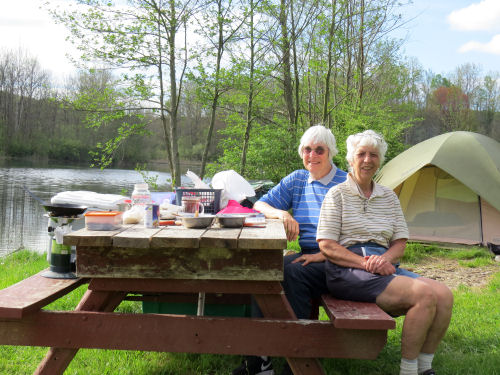 You sure found a lot of nice little treasures on that day. I've never had a morel mushroom but I hear they are quite a treat.

I'm enjoying the trail with you. It has been far too many years since I've picked and Sylvia has prepared morels for a meal.