I've apparently never showed you my peony before. That's not the surprise. It doesn't usually bloom. 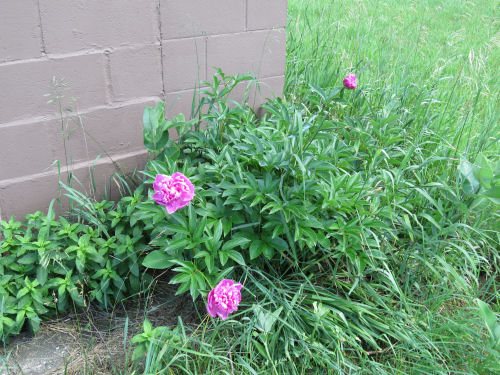 In fact, in the 46 years we've lived on this property (and the peony was there when we moved in) it has only bloomed in the years I remembered to fertilize it just when the leaves were coming up. You know me well enough to guess that was not very often. I did pretty well the few years I worked hard at flower gardens, but that's not too recent.

The big surprise is that I did not fertilize it this year and got three blossoms anyway. Not bad for no effort. 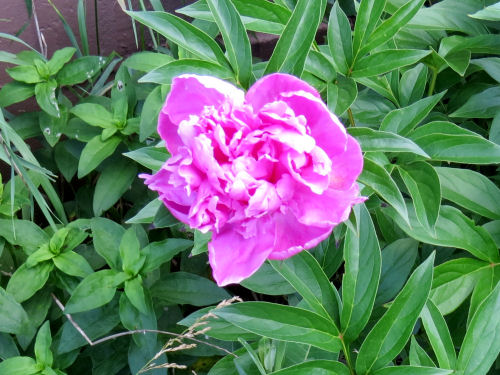 That said, of all the peonies there are in the world, the double pink ones are my least favored. When I was a kid we had a long strip bed of them that were alternated white and deep red. That I liked. In fact, I went back to that house once between owners and "stole" a dark red one. Guess what. When it came up and bloomed it had reverted to pink. I didn't know they would do that. Needless to say, that was a bummer.

So, I played with the picture. This peony I could almost like. 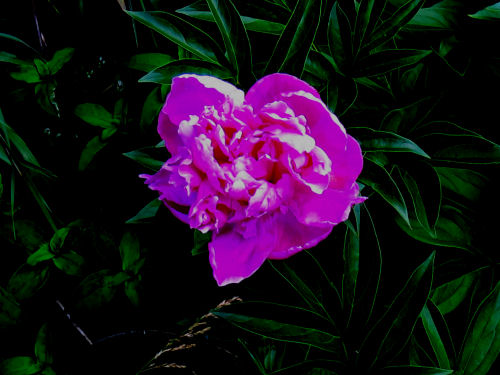 If I ever get back to Ann Arbor at the right time of year, Nichols Arboretum has a spectacular peony garden. That would be a photo op, for sure.

The thing I remember most about peonies is the ants that seem to love them.

Funny about taking the red one and it blooming pink for you. I wonder if it's something in the soil. I've heard that hydrangeas color depends on the type of soil