OK, it wasn't much of a party since there was only one beetle, but it was still very cool. This guy was crawling around the floor at work. I'm sad to tell you he was injured. I put him outside, but he probably has become a meal for something else by now. 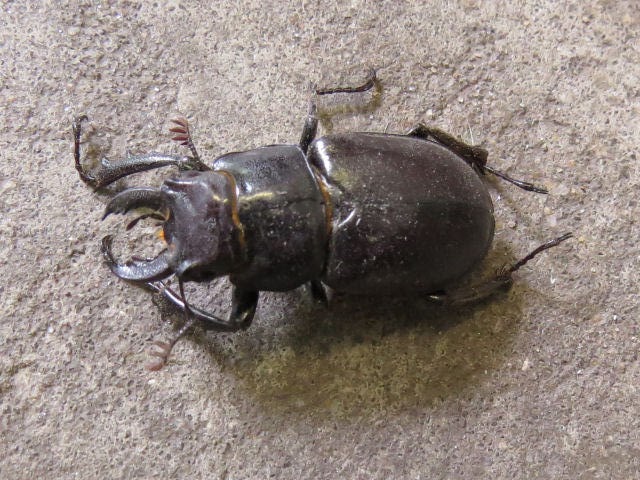 It gave me an opportunity to learn a whole lot of new things. For starters, there are many different species of stag beetles (I didn't know that!). I have submitted this to Bugguide for a more specific ID. When I get info, I'll add it here. 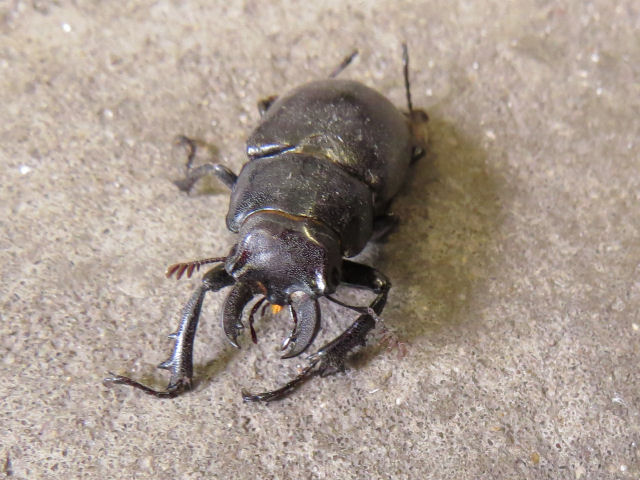 They get their name because those large mandibles (lower jaws) do look like the antlers of a deer. And some of the other species have long and branched ones that look even more like deer.

Only the males have the large mandibles. The females' are smaller, but stronger. Is there a message in that? The male beetles, just like male deer, use their mandibles/antlers to fight other boys for the pretty girls.

Insects are both creepy and fascinating. Look at all the armor, and joints, and decoration. These look a lot like the Garthim in The Dark Crystal (a favorite movie). Or probably I should say that the Garthim look like these beetles! 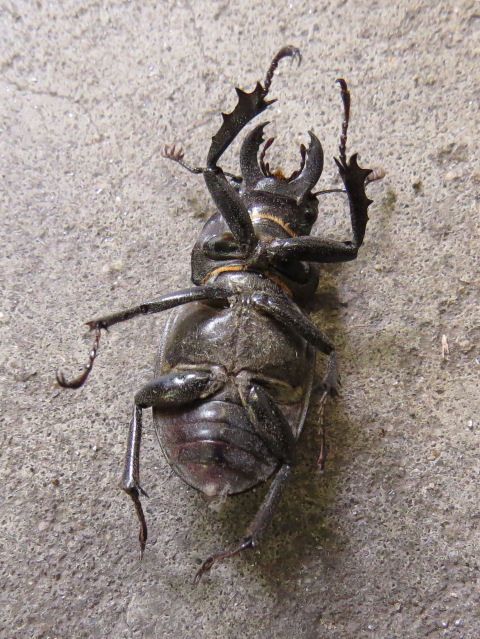 Most interesting to me are those elbowed antennae with the "comb" at the end. I'm not sure I ever had such a close look at a stag beetle before. I've seen them scurrying away, but the fact that this one was injured meant that I could pick it up and look it over. Carefully, mind you, they can pinch! Soon, I'll be off to work for the night.

Looks a little like an alien in a suit of armor. Those antennae are very strange looking. I wonder what purpose the comb like ends serve

hello sharkbytes its dennis the vizsla dog oh hay wow that is sum kind of beetul for shoor!!! i for wun welkum owr noo jiant beetul overlord and kindly ask them not to attak me with there hyoodj and no dowt razor sharp mandibul thingeez!!! maybe yoo cud put in a gud wurd for me??? ok bye