This accomplishment seems like a huge milestone. In reality, I suppose it isn't too big a deal, but I feel as if I've finally done something that actually is forward progress.

The two places where I was repairing the lips of the seam between the halves of the trailer are finished. I ended up using two layers of fiberglass and a coat of resin and hardener, mixed with cabosil (fumed silica- texture like powdered sugar) for the final layer. I don't think I did a very good job with this, but I learned a lot and I can sand it down some more to be smoother.

Here's the built up place on the roof seam, trimmed off, ready for sealant. It turned out to have a good spacing. 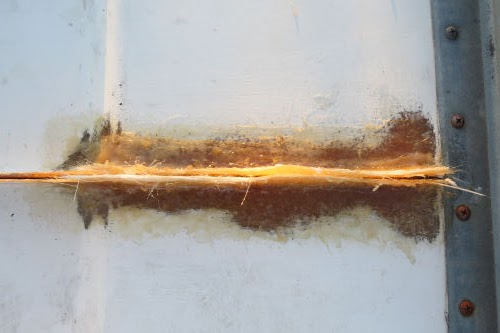 The place on the rear that was so difficult ended up wider than I wanted it to. I was afraid I was going to have to cut it off and start over, but I took a tiny piece of the Trim Loc and checked to see if it would fit over the gap. It will. It's not perfect, but I decided I could live with it, and hardly anyone else will notice. 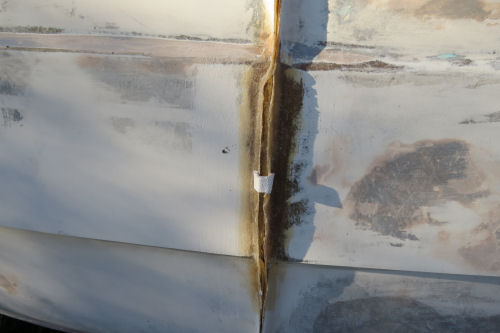 There was one other stupid thing to deal with, but it was simple. In two different places, one side of the seam was much higher than the other. That's what you are seeing in the picture below. I trimmed those spots so the two sides were more equal height. 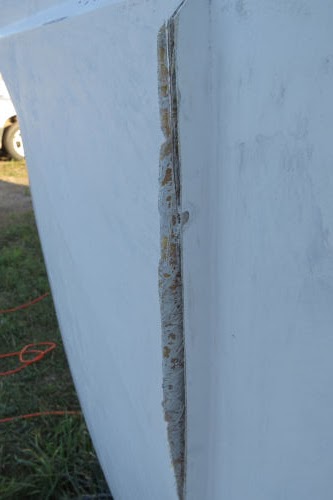 Then I was finally ready to apply the 3M 5200 Marine Adhesive/Sealant in the crack. First I cleaned out the crack as well as possible. A stiff steel-bristle brush worked the best for the job. After that, I used a rag with acetone and wiped the crack out. There were places I couldn't really get into with either one, but I did the best I could.

The sealant was interesting. The directions say you must use it all within 24 hours once you open the tube. It's a tube just like most kinds of caulk that you stick in a caulking gun. It has the consistency of melted marshmallows, but is even more sticky, if that's possible. I was forewarned to wear gloves.

It's just barely soft enough that over the course of a few hours it actually flowed down into the crack even where I wasn't able to force it in very much. Here's that roof spot again, filled. 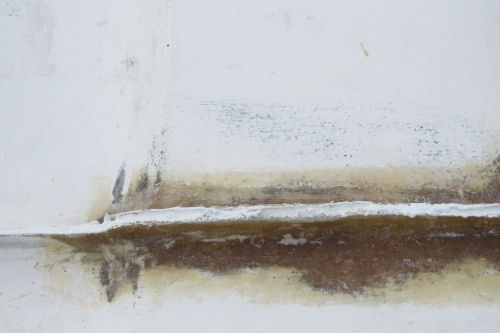 And here's the front of the trailer where I trimmed the sides to be equal. 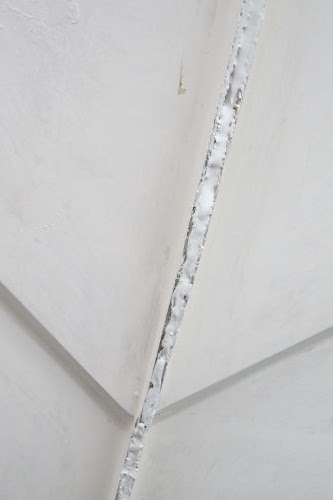 This afternoon, I checked the seam and put a tiny bit more sealant on in places where there were gaps or obvious air pockets. All in all, I'm fairly satisfied.

Also bought $16 worth of sandpaper and sanding sponges for the next phase! But I forgot to get another box of gloves, so there will be another store trip very soon. I bought a box of 50 when I started, and there are 2 left.

At least it's serious progress!

It's starting to look very good.

You got quite a lot accomplished