Learned a new plant this week. Too bad it's not a good one.

I was out at the Art Barn helping to set up the Spooky Trail for Halloween. Ran into (literally) a bush with horrible killer thorns. Not a good picture, but it's the best I have now. 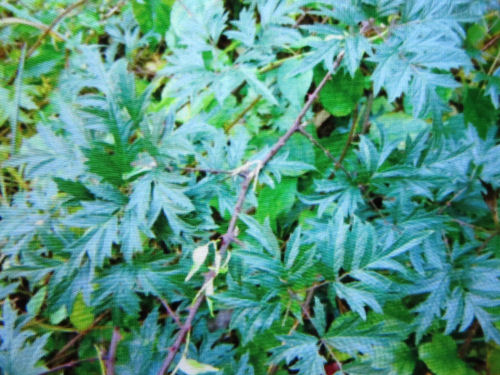 I had no idea what it is. The thorns looked like blackberry, but the leaves sure didn't. 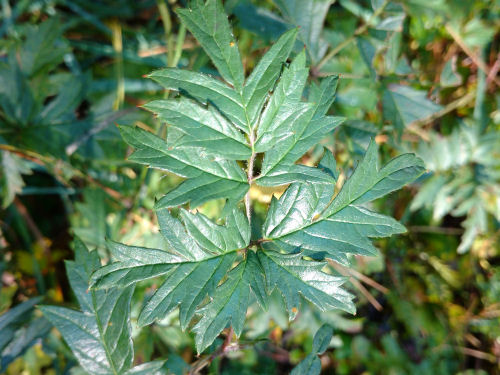 Flowers? Another bad picture. But pretty much like a blackberry. Oddish triple-pinked outer edges. Slightly pink. 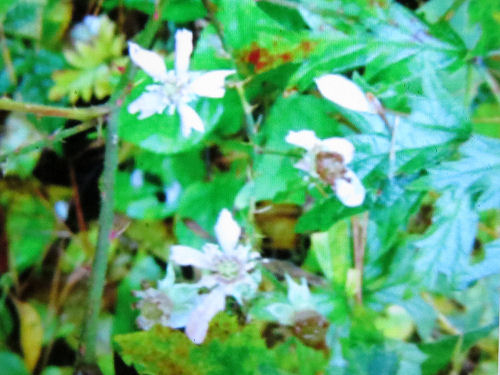 A little farther on (lots of these bushes snagging clothes and hands. Ouchy) I found... berries. 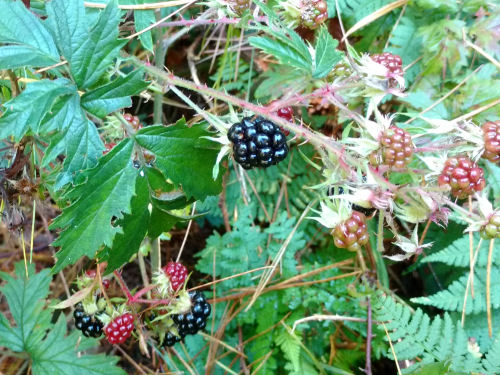 I was quite sure at this point it was some kind of blackberry, so I took a tiny taste. Yup. Very tasty. Ate one.

The core and sepals where the berry comes off look very blackberry. 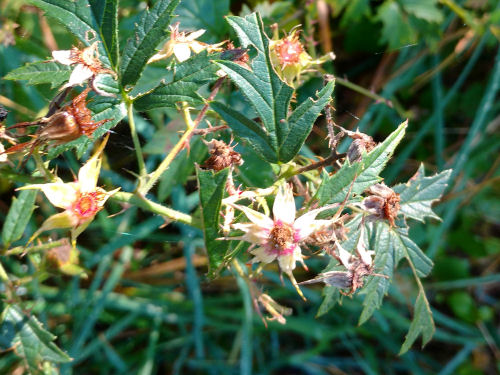 Came home and looked it up. Blackberry. Cutleaf or Evergreen Blackberry, Rubus laciniatus. Alien, invasive. But often planted for the nice berries. I think that was the origins of these bushes a generation or so ago.

They can grow into small trees, overrunning other vegetation and creating impenetrable thickets. I can believe that. It has multitudes of recurved thorns that are even worse than the native blackberry. Spots I snagged on my hands are still sore today.

I'll try to get some better pictures to put on my plant pages.

Accountability report: 180 words on Dead Mule Swamp Druggist, to finish Chapter 49. Just for fun, and as a writing exercise, took a challenge from another writer to create a horror story in two sentences. Wrote three in my head while working (they are posted on Facebook). I'm not a fan of horror, but it's good to practice skills outside one's comfort zone sometimes.

Email ThisBlogThis!Share to TwitterShare to FacebookShare to Pinterest
Labels: learn something new, plants

An interesting and definitely a scary plant. I like blackberries, but have wandered into too many thickets in the Pacific Northwest. Not fun.

I'd love the berries, but I wouldn't want a thorny plant like this.

The berries look very inviting. The thorns--not so much.