I'll start out with today's lonesome North Dakota picture. This is the beginning of the Lonetree Wildlife Management Area from the end of the McClusky Canal. I left it hazy looking, because... that's how it looked. 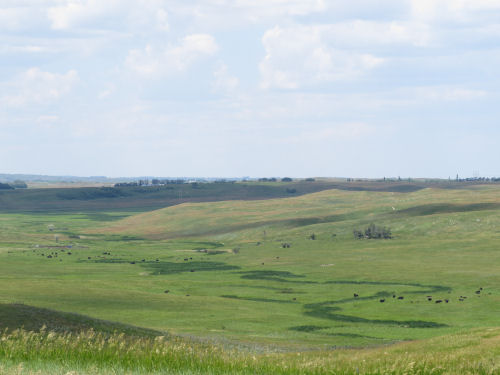 Now, we'll back up and look at some more things about the canal. This is a huge political hot topic, so I'm only going to tell you some facts. The original idea was to transfer Missouri River water (Mississippi watershed) to the Sheyenne and Red River (Hudson Bay watershed). It was conceived in the 1940s and had been halted many times by lawsuits. Probably the most environmentally sound reason to keep from completing it is that it's usually a really bad idea to connect major watersheds. However, they didn't know as much about this in 1947, and they sure weren't battling Asian Carp. (Think of the effort to keep this menace from crossing from the Mississippi to the St. Lawrence watershed via the Chicago Sanitary and Ship Canal.)

Anyway, even with what is complete, it's immense! One of the primary purposes is irrigation, and in the western section it is being used for that. These portable pumping stations are interesting. You just back the trailer to the water and when the pumping platform floats, you hook up the water lines. 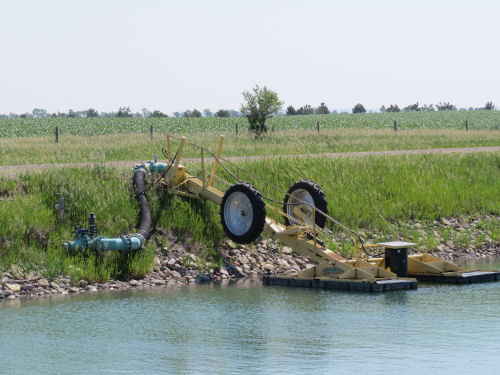 North Dakota doesn't have a ton of elevation change, but there is some drop over the 36 west to east miles (the canal is double that, but it makes a big swing south and then returns north). This is managed with just 4 watergates. 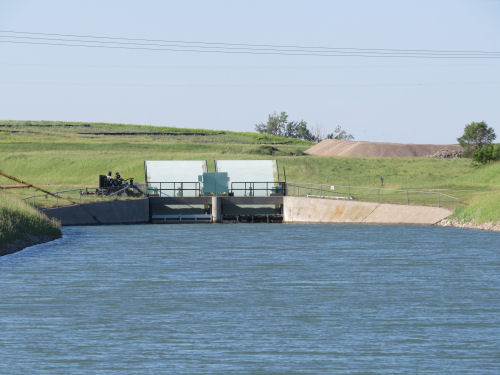 Same gate, other side. You can just barely see that the water drops about 2 feet below the curved gate. 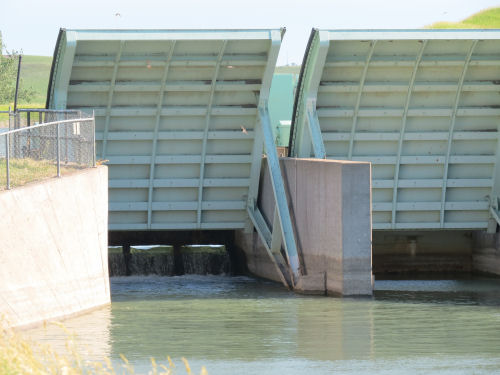 This is little bizarre. Highway 200 is much higher than the canal. But instead of building a bridge, they put the canal through some kind of culvert (the opening has to be below the water level- you can't see one from either side of the road). It looks like the canal just ends, but it's down there somewhere! 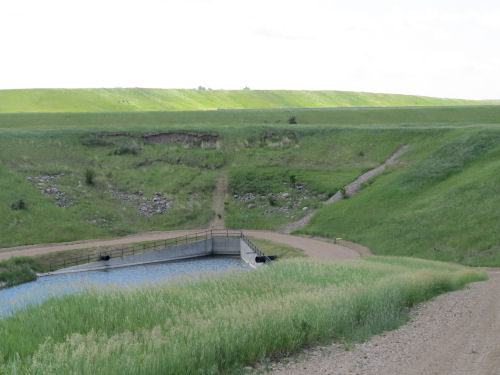 Now we are going to jump all the way to the east end of the canal. Milepost 72, and you can see how the land drops off at the end of the road. At this point, the canal is much higher than the surrounding landscape. Out at the end is where I took the lonely North Dakota picture. 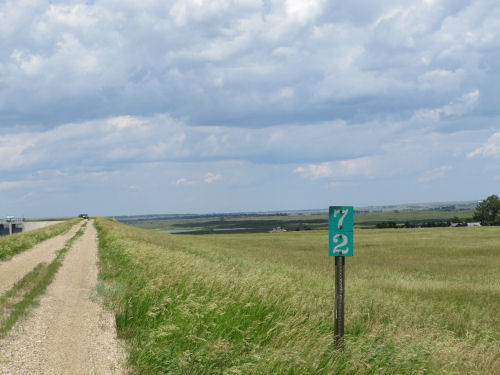 And here's the final watergate. It's huge. Beyond that, the water was supposed to flow into another major reservoir. What is now Lonetree WMA was going to be all under water. But that is one of the things that was permanently halted, and now Lonetree is the largest Wildlife Management Area in North Dakota. 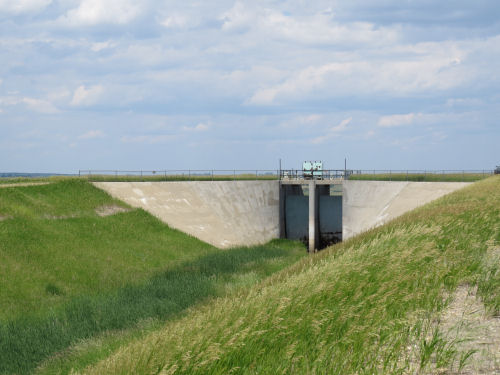 Beyond the watergate, there is a sluiceway that cruises down the hill that was going to deliver the water to the reservoir. This is known as the drop chute. 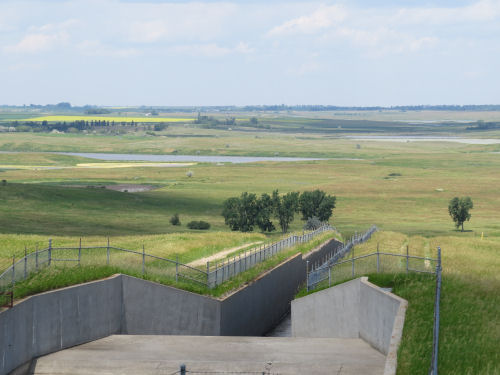 When we were hiking from the other direction and came to the east end of the chute, we were sort of stunned. We knew we were headed for a canal, but this looked really alien. The final section has these upright blocks to slow the velocity of the water. But there's no water. And you can see the chute working its way back up the hill. 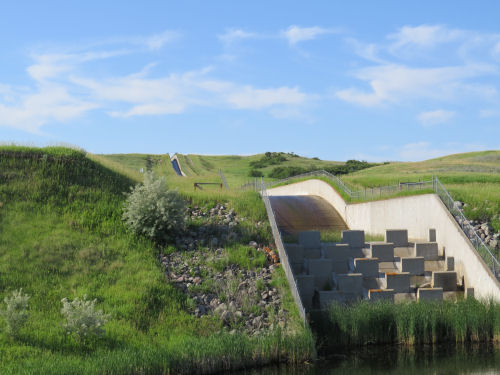 Now, I'm halfway across Lonetree. I'll tell you about that tomorrow. We also moved the trailer today, so it was a long day. Tomorrow is supposed to be serious rain, so I'm taking a rest day.

Looks like there was a lot of money invested in that project before the work was halted.

Ann- I tried to find some info about that with little luck, but I suspect if you add it all up it is billions.