It's really hard to accept that I've been doing this activity for 7 full months. I am a little weary, but I'm not giving up, although it's certain that I will not finish in 12 months. I'm hoping for a little less than 13. (And also that winter doesn't slam Michigan's UP too early!)

Today brought nice weather: high was around 80 with a light breeze. But we had me hiking at 7:40, so I got in some good miles before it even got that warm. 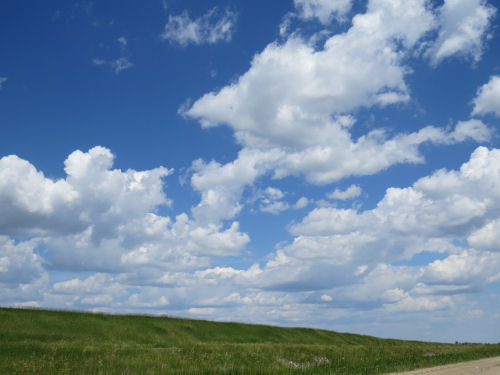 I saw lots of birds, particularly ducks, but didn't get good pictures. You'll have to settle for some poor ones. Let's begin with a poor picture of a muskrat. I am sharing it only because it's the first one I've seen here. 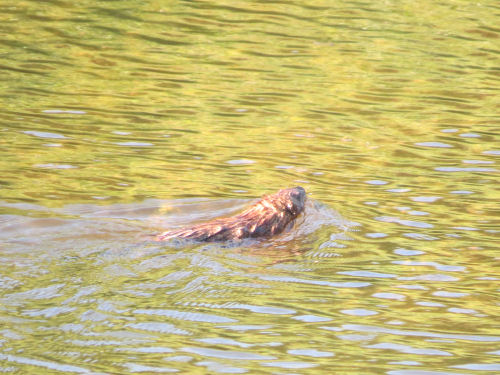 Most of the ducks I saw were blue-winged teal. They are easy to identify in flight. Far away on the water, not so much. (Although I'm no great birder, and even less so with ducks) But on the computer I can tell this is a pair of blue-winged teal. 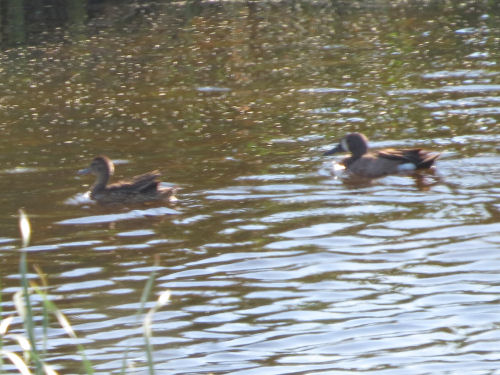 This is really the best wildlife picture of the day, and it's pretty cool. I thought it was just a mama mallard with her babies, but these are also blue-winged teal! 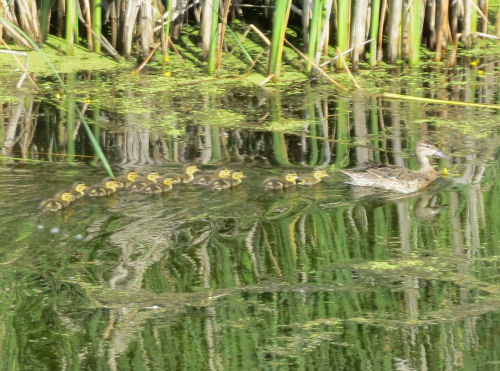 I've also identified the Black Tern, but no picture.

I want to show you some of the canal infrastructure, but I need to wait one more day to do that. I've pretty much finished this canal, though.

Today's lonely North Dakota picture is yet another failed farm. 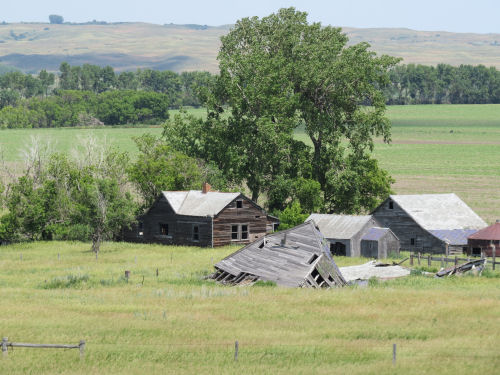 My leg is better. You know the cure for anything is to walk on it for 15 miles. That said, I've been icing it since 2:30. That makes a big difference.

Someday you're going to make it home!!