Red-Tailed Hawk It Is! 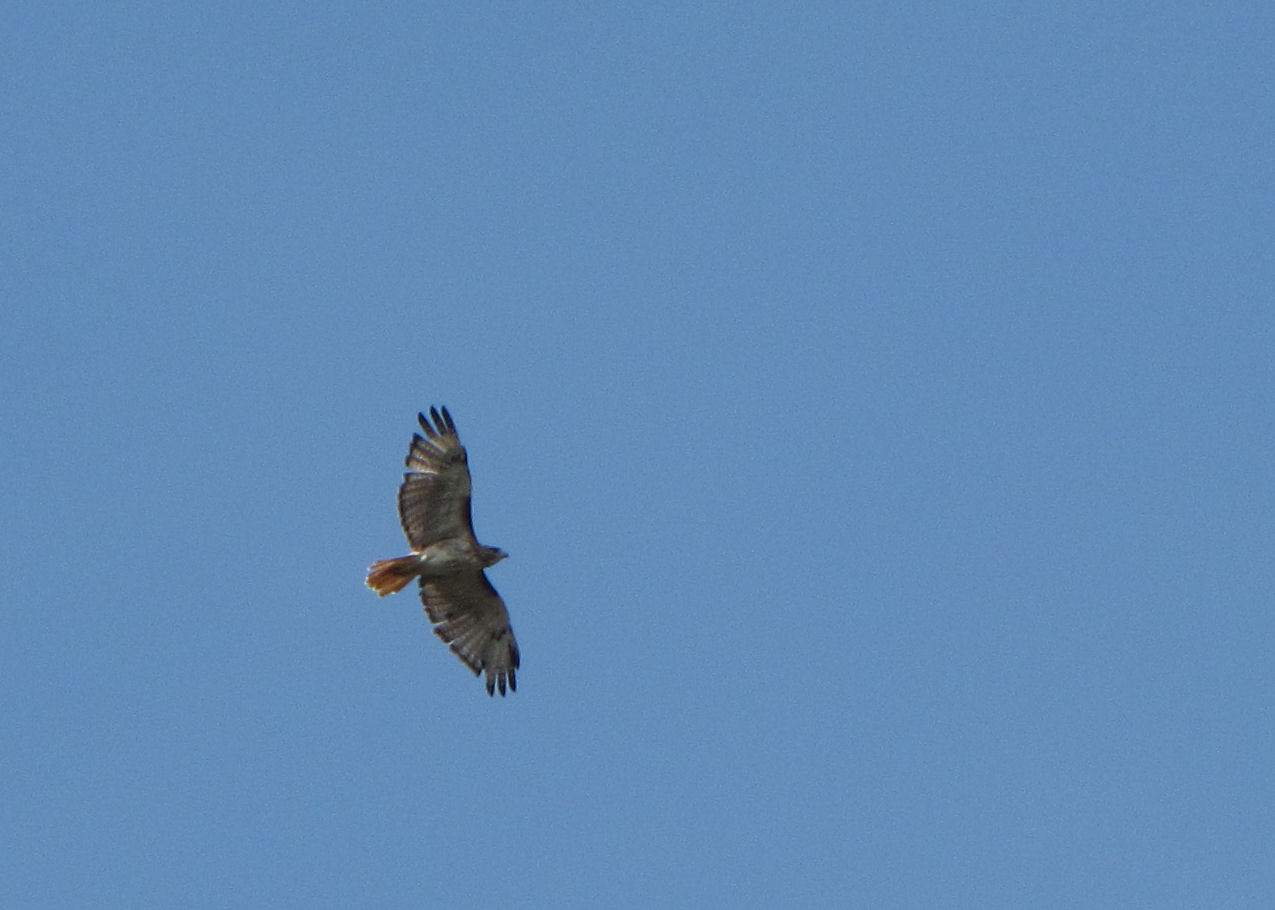 The hawk wins for today's post! It was gray all day... maybe I can get the Kitchenhenge picture tomorrow. It's clear outside now. It will only be 2 days off.

So, what I like best about these pictures is that you can clearly see why this is called the red tail hawk. That reddish color doesn't show up very well except when the sunlight flashes on it, and then... you can really see it! 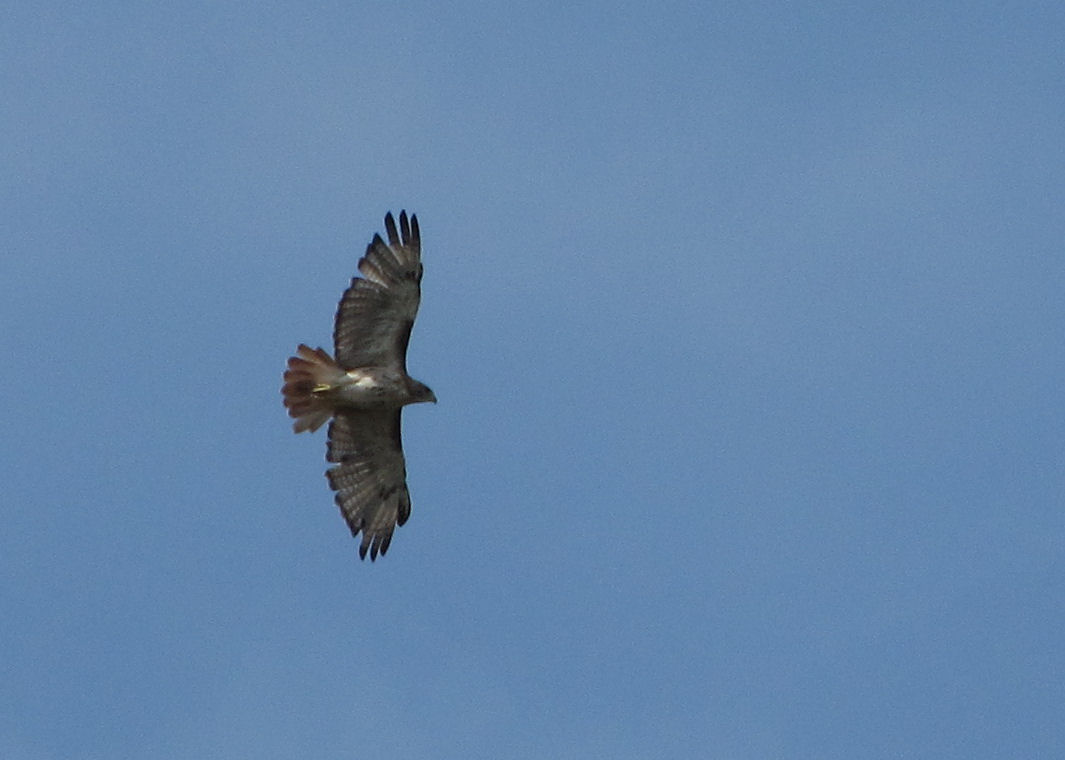 I put those two pictures next to each other because they are nearly alike, but not quite. Notice how in one shot the tail is spread wide? Those raptors with that blunt, wide tail are Buteo hawks. (Say BEW-tee-oh) Buteo jamaicensis is its scientific name. 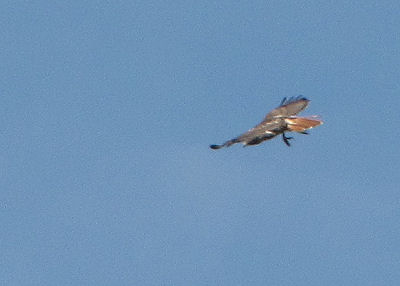 This is about the most common hawk there is. You are likely to see it almost anywhere in North America, particularly east of the Rockies. I like to think that this is "my" hawk... the same one returning each year. I have no clue if that's true, but sometimes fantasy is fine. Their call is a high screeching "kee-ee-eer" that starts higher and descends. It's kind of spooky, but easy to identify.

My gear is packed. Tomorrow I will have to get the food together even though Loretta will be here. Thanks for all the well wishes in yesterday's comments, my friends!

look at that! what a fantastic bird of prey on flight...magnificent!

Oh I am so envious, by the time I get my camera ready my birds of prey have disappeared! Great shot, wonderful bird.

Hope that the big bird will not mistaken you as one of the prey.

I was reading your post and was reminded I had a dream last night and there was a hawk and an owl in the dream. The hawk got the owl. I don't know if that happens in real life and I have no idea why I had a dream like that. Oh well have a great day.

Look at those beautiful photos of the hawk, and the sky is so blue. We don't get to see this in the city!

Great picture of the hawk in flight!

Beautiful pictures! YES, I can see them now! I'm not sure what happened, but my ISP contacted our bandwidth provider (Grand Rapids) and today I can get to your ISP. More importantly, I can see pictures on your blog. Life is good!

We have red-tailed hawks in our neighborhood. Last week, I watched one dive down on prey. It was really neat -- except for the poor mouse . . .

This one is an absolute beauty! I love seeing hawks in flight. You got some amazing shots of it. I missed my first chance this year of getting a shot of one in flight.

Since you'll probably be gone by the time I post my story, I just wanted to tell you that I saw a hawk in a different setting today. I watched a hawk hunting squirrels in the middle of the forest. The squirrels were fighting back! I got a few almost decent shots, but nothing really good, and none of the action. A very exciting day. Sorry for all that, it was very exciting, and it all flooded back after I saw your great pictures.

Hi Tes- Yes, they soar and soar and really own the air space.

Glynis- I'm learning to carry the camera almost everywhere... on walks with the dog for sure.

Rainfield- you give me a chuckle... I'm way too big to interest a hawk. I guess I should be grateful that I'm too BIG for some things!

Joe- That is funny! I'm not sure I've ever heard of a hawk and an owl duking it out. I have no idea who would win.

Oh Icy, I am so sorry for your city skies. Bummer.

Karen- Thanks so much!

Hi Chuck- I am glad you got it figured out! It was goofy, for sure. The hawks are good at catching the little critters, eh? But they need to eat too.

Ratty- that sounds really interesting! I'll be sure to go back and look for the post the next time I get to be on line. Take care, friend!