Those That are Opposite Tend to Be MAD, Honey- Part 2 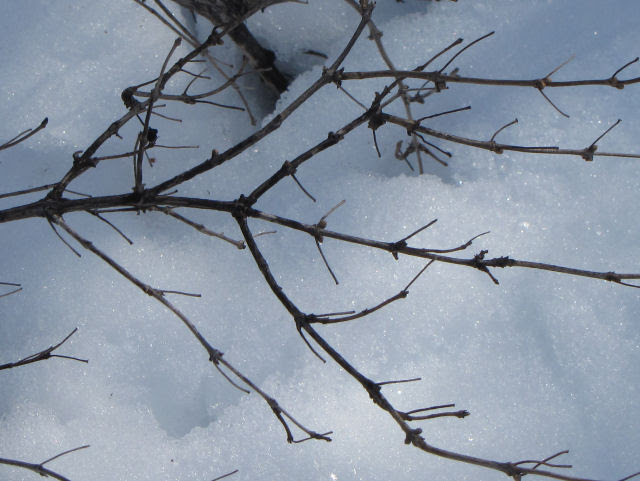 Hey! Did you look at some tree branches today? I know that a few people did. Here comes the first disclaimer (I'm famous for disclaimers). My little phrase may not work in all parts of the world. It's a pretty safe bet in North America, but those of you on other continents can probably teach me a thing or two here.

This shrub is the Tatarian honeysuckle, considered a major invasive species. It was brought to America in the 1700's, and it has taken over most of the state of Ohio (I'm only half joking), and a lot of the rest of the country. I can't seem to find any pictures I've taken of the flowers, although they are rather pretty. I guess I was off hiking when it bloomed last spring. 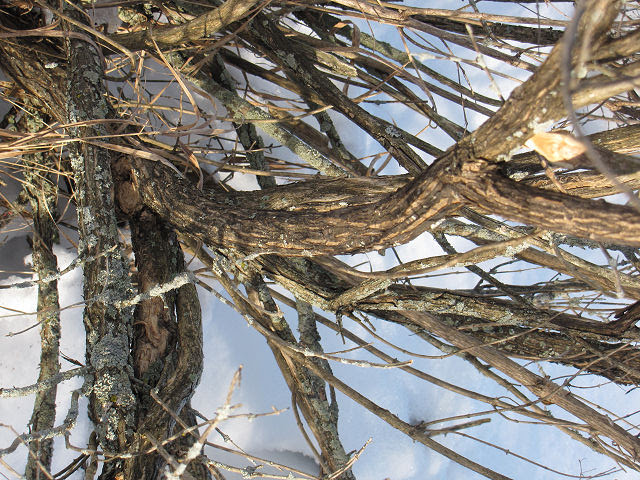 Here you can see its bark, and also in this picture it's easy to see that it's a shrub... multiple stems, and the overall plant never gets as tall as a tree.

Now, here's your assignment. Look at another tree today, not the same one as yesterday. Just look at the branches and then at the bark. Was it alternate or opposite. Was the bark rough or smooth, brown or gray, did it have ridges up and down, or around and around? Was it the same or different from the tree you looked at yesterday? Tell me what you found in a comment!

I love to look at the sycamore bark peeling and shedding. The clean smooth white bark under the flakes is always interesting. Then the big oaks with chunky thick bark make me look in the deep crevices. No matter!!! All trees are good to me!

Julia! I knew you would be enjoying the trees.