This will be the last of the art exhibits I'll show you for ArtPrize 2012. As it turns out, two of them are in the top 10. The third one was actually leading all the voting, but it was disqualified for not being finished within the past three years. Too bad, because it's amazing.

It's called "The Dragon," by Robin Protz of Avon, CT. It's made of over 40,000 buttons suspended on filaments. The result is a 3-D shape that is always moving just a little bit. Amazing, but it didn't lend itself to good pictures because a flash reflected off the threads, and there were so many people around it I couldn't really choose my location. 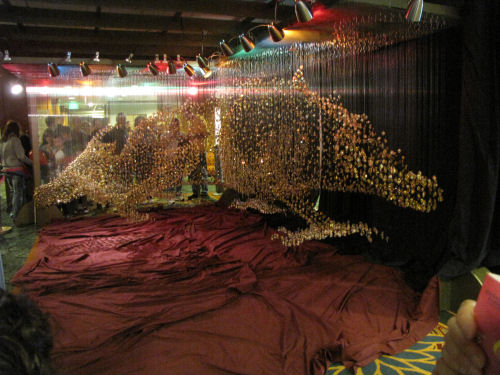 The first picture of the next one isn't all it could be either. It only shows one side of "Life in Wood," by Dan Heffron. The seal actually curved all around the base, and you're only seeing the front flipper here (not its rear end). 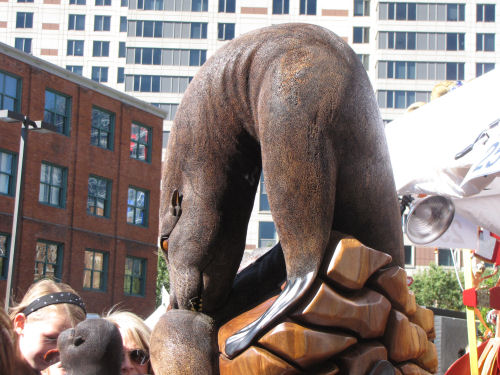 Again, there were lots of people around this one, because touching was allowed. This was carved from a single block of walnut, and no paint or stain were used. All the variations were created by texturing and burning techniques. 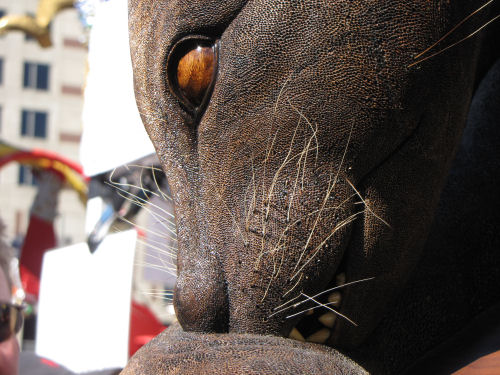 For the third display, I do have a good series of pictures, mostly because of where it was placed. Here's a long shot of what's known in Grand Rapids as the Blue Bridge. It's a pedestrian crossing for the Grand River. Look under the far right span. 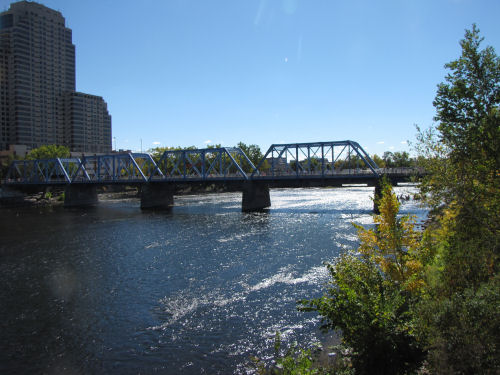 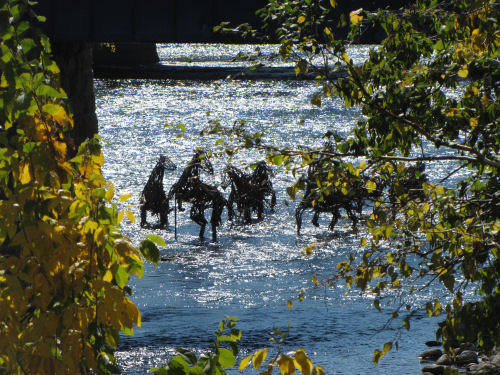 I think there has been an exhibit in the river every year, which is a really cool venue. Very organic. 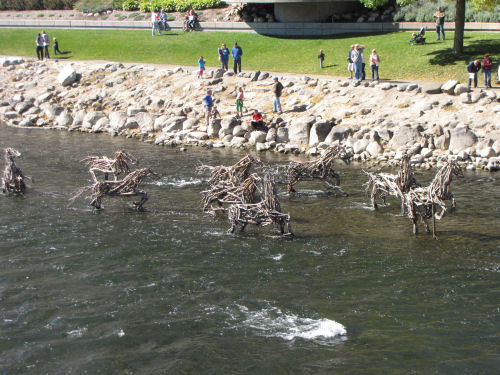 Can you see what the horses are made of? Sticks! It's title is "Stick-to-it-ive-ness" by Richard Morse of Michigan. 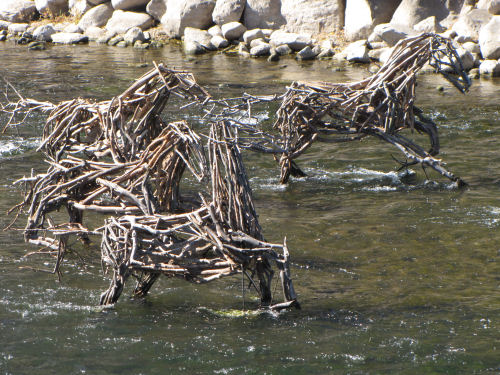 So, all three of these art works that I liked are highly popular with other people too. Feels a bit strange to be in agreement with others. I'm usually the odd man out.

The big winner for this year is announced tomorrow. I wonder if it will be one of the ones I saw.

I love the creativity of artists. It's stunning to see what ppl come up with.

All three are amazing. I can't imagine all those buttons. The seal is incredible. Such detail in the wood. The texture of it is gorgeous. Then those horses are fabulous. What creative minds.

Sandra- That is the most amazing thing- what they think up!

Ann- yes! completely different media, but they all work well.