Plants are simply amazing! Today I'll show you the two that Marie and I voted the most bizarre. Not that our votes count for anything at all, but we had fun picking them.

First, notice that this one was brought in on a coat rack. Big. Heavy. Marie said, "Only a mother could love." It's a Bulbophyllum phalaenopsis. It's an orchid. Apparently one of the largest. It's native to Irian Jaya, Indonesia. 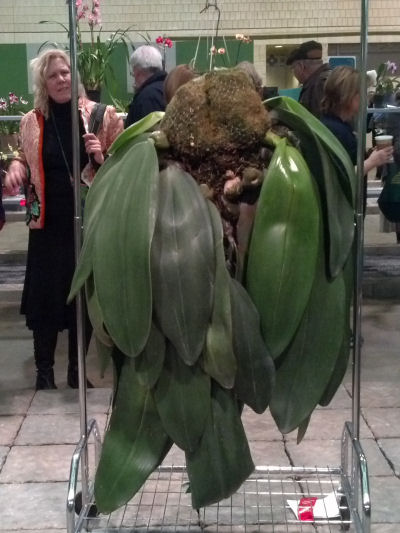 It seems to be blooming. Those red fingery things are the blossoms. 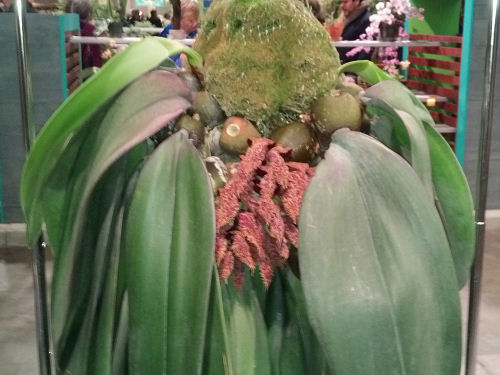 The other one we picked was bizarre, but appealing. I think it's totally awesome. It's like a pile of rocks that sprouts little handfuls of leaves, and then spits out spiders! 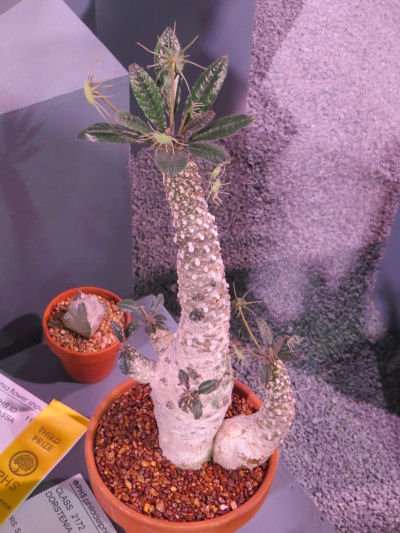 Its name is Dorstenia foetida, and it's from North Africa. The spiders actually do spit out seeds. It's a dehiscent plant which means it ejects the seeds forcefully. One web site said it can throw them five feet. I think it looks like something from a fantasy movie rather than a "real" plant. See what I mean? Plants are amazing! 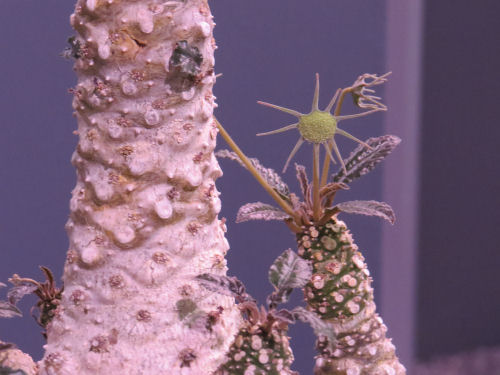 Turns out they have something in common. They smell like something dead at certain times of the year.

I saw "foetida" and knew that there was an olfactory sensation accompanying the visual weirdness.

They've got to be the two weirdest looking plants I've ever seen!