I saw the first spring robin today! But it doesn't look much like spring other than that. More snow today, but not a real storm. Meanwhile, I'm still enjoying the memories of the Philadelphia Flower Show.

Regular readers know that the succulent section is one of my favorites. Almost all my personal house plants have been converted to succulents. Today, I thought I'd show you varieties of aloe. Almost everyone knows the ordinary (but useful for treating burns) Aloe vera. But there are over 500 species, most of them with no medicinal properties.

A lot of them look like the first three in growth pattern. So do a bunch of other succulents. The flowers (if they were blooming), are tubular in a cluster on a stem. Currently, DNA testing is being used to determine taxonomy with much better results than just physical characteristics.

First we have Aloe 'Christmas Carol' with red margins on the leaves. There was another one with more contrast in green leaves and red edges, but I guess I didn't take its picture. You can see a different one from last year if you follow the link at the end. 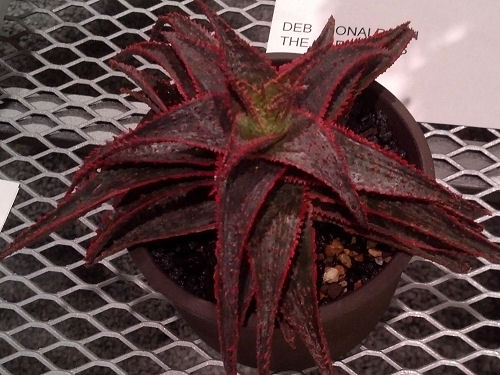 This one looks very similar, but with no red. It is Aloe 'Vita.' The leaves are really rough with little ridges. 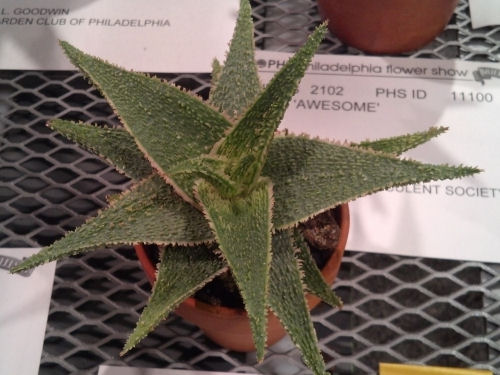 And another similar one, Aloe 'Lizard lips.' The single quotes mean they aren't species names, but a particular variety or cultivar, like strawberries might be 'Ozark Beauty' or Tribute.' A variety is some slight difference bred into a species, but which will probably revert to the standard species if left to its own devices. The actual species name for these three aloes wasn't given. It may or may not be the same for these three, but it looks possible. 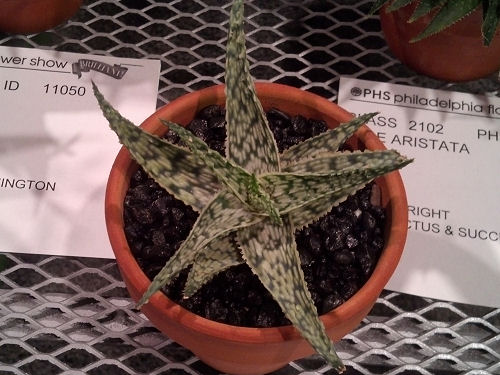 But aloes can take different forms from the plain rosette, too. Here is Aloe cryptopoda. I'm not sure why its foot is hidden, but it has lots of fingers, don't you think? 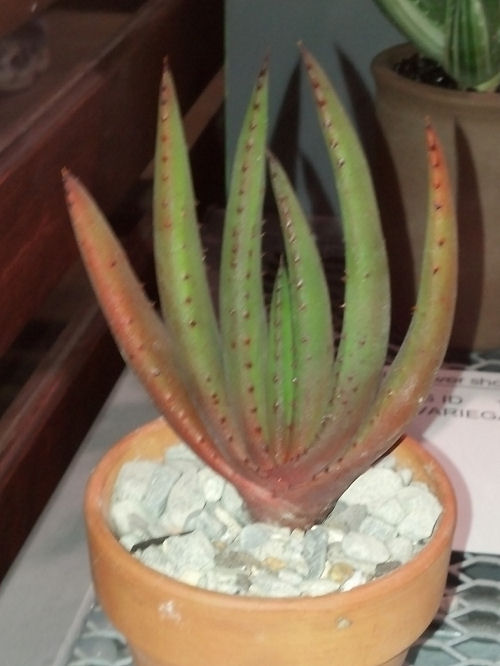 Sometimes they just make lots of rosettes, like this Aloe 'Baby Fang.' 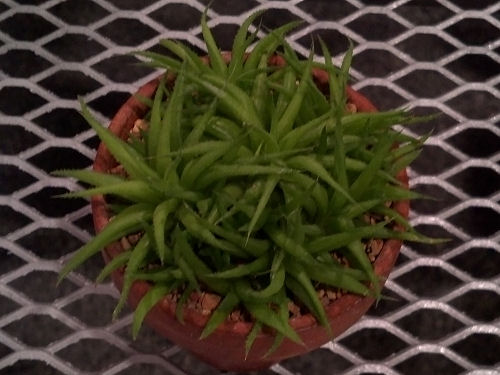 Finally, this is a large and older version of the aloe I bought last year. I was thinking that mine wasn't healthy and was getting leggy and not doing what it should. Ha! It is just trying to look like what it's supposed to be. This is Aloe squarossa, yes, square aloe. It's also called Aloe juvenna Each stalk has four leaves per layer so it looks very orthogonal. You can see what mine looked like when I bought it by following the link at the end. However, I split it and gave half to Marie. Now I know I need to watch for (make) more babies and put several in a pot and then let it go crazy. What fun! I think I'll try to show you more of the different kinds of succulents this year. I love them so much!

I like these, too. But we have only aloe vera in the house. It's the child that won't leave home; we've had it forty years.

I like the name aloe christmas carol. Those are very nice looking.