What's Wrong with This Picture?


What's wrong with this picture? and a teaser.

I'm in Sarnia, safely resting in a motel. Tomorrow morning I'll be doing the final paperwork that will hopefully put me on the road for the rest of my way home with a "new" car. I'll show you when it's really mine. 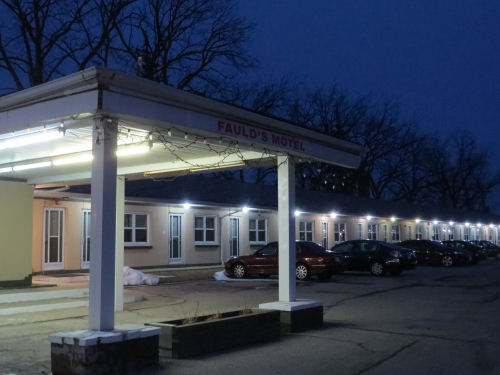 I stay in motels seldom enough that they are something of a treat. Not that the decor or the amenities are all that great, but there is something oddly comforting about just sitting in bed with the TV on, having no particular requirements for the evening.

Meanwhile, I walked to dinner at a nearby restaurant. I had a dinner salad with feta cheese and grilled chicken, served with warm raspberry vinaigrette dressing. It was one of the best salads I've ever had. I think there was something about the spices on the chicken. However...

on the wall was a cute mural of Ontario and parts of Quebec. It has a major flaw. Who can spot it? I hope this isn't being mass produced by some company. If it is, I'm betting they are in China or Romania. 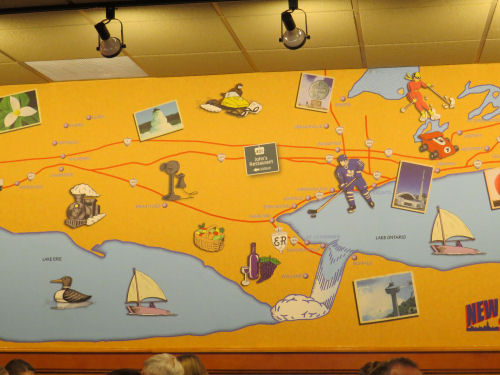 I think I'd better give you another teaser, or you'll begin thinking I never did go to the flower show. Don't worry. I have over 500 pictures. My success story for the day is that I learned how to transfer pictures from Mr. Stu Pid to my computer. Yes, I ended up taking a bunch of those pictures on my cell phone because the camera battery gave up. I now have them all in one folder at least.

How about a splash of brilliance? This is a Doritaenopsis hybrid. I know that only because I also take pictures of the labels, and I can read. I'm actually not much of an orchid fan, but I did roam the orchid display this year, so you'll see some if the pictures are good. I haven't even looked at them all yet. I also learned a lot about taking pictures with the cell phone. The picture doesn't actually take until a second or more after the button is pushed, so you have to remain still until you see the image appear in the corner. 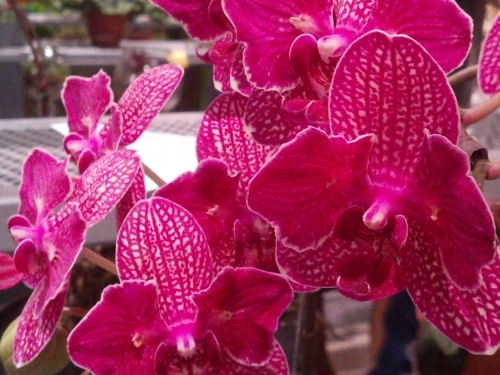 This one is pretty good.

Tomorrow night I should be home. I'm ready. I've had enough excitement for one trip.

Praying for smooth travels and everything successful for the "new to you" car. Those orchids are amazing!! can't wait to see more photos. Stay safe on the road..

Have a safe journey home in the new car, looking forward to the flower show photos.

I’m no cartographer, but it seems to me that they have Lake Ontario, and presumably the St. Lawrence Seaway (and the Atlantic Ocean) debouching into Lake Erie.

Oops! Someone refused to "go with the flow." Perhaps a nonconformist?

Thanks for sharing that.

no clue on the mural but that is a very pretty orchid. Safe travels in your new car

Vanilla and Chuck- you got it! That's a pretty major oops, don't you think?

It's also in the wrong place. It should be farther north at that end of the Lakes. This makes it look as if it flows from Buffalo, NY to Fort Erie, ONT. It should be between the two cities named Niagara Falls.

Orchids are not my favorite flower. But I do love to see that in profusion, such as in Singapore,where they bloom everywhere, in masses of color.

Sometimes I enjoy a hotel stay, especially when I'm with my forensic friends.