I promised, and I'll deliver!

Common mullein is a coarse plant. You've probably seen it along roadsides even if you didn't know what it is. It's biennial, so in the first year a rosette of leaves appear. These are thick and velvety. I have a better picture somewhere, but can't find it. This one is more artsy, and has a nice spider too. These are seen in the spring of the plant's first year. These rosettes are often more than a foot in diameter. 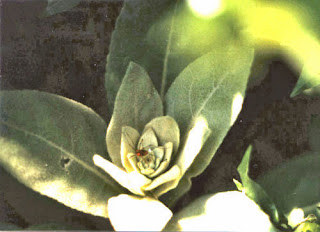 The second year, the plant puts up a flowering stalk. They usually grow singly, 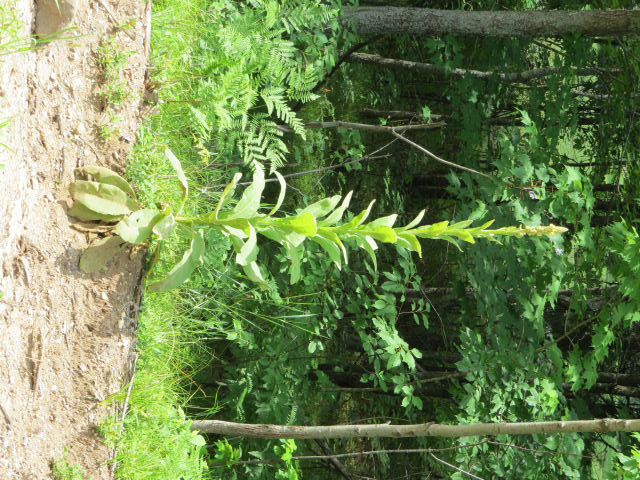 But sometimes you'll see larger patches of them. It likes poor soil and full sun. 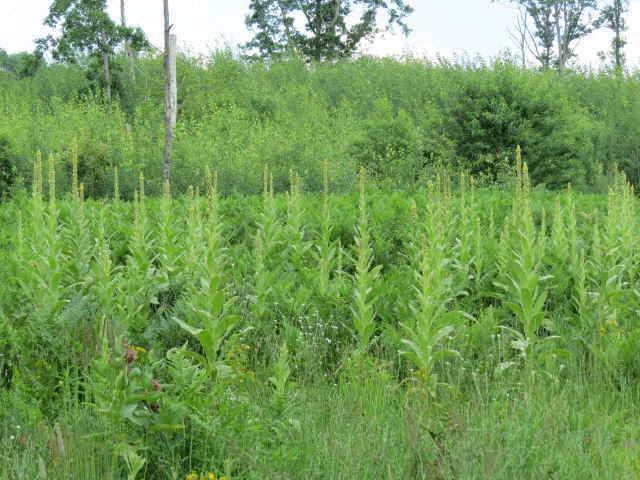 The leaves on the stalk are interesting. They sort of flow into the stem and create wavy wings. 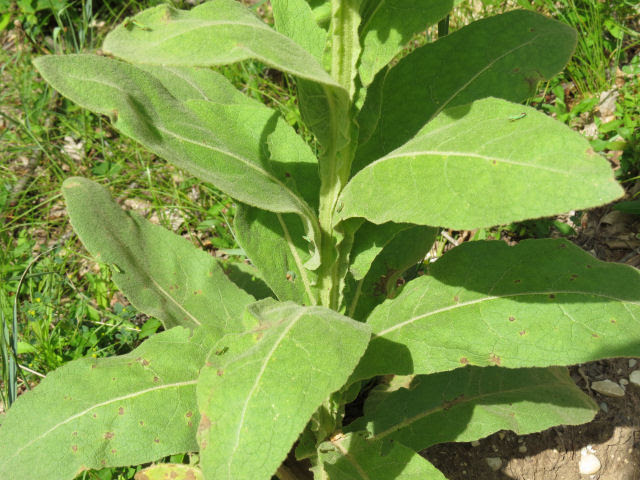 The flowers aren't much to write home about. They are yellow, opening in rings around the flower head, never all at once. Sometimes they will open all the way, but more often they are closed even more than in this picture. 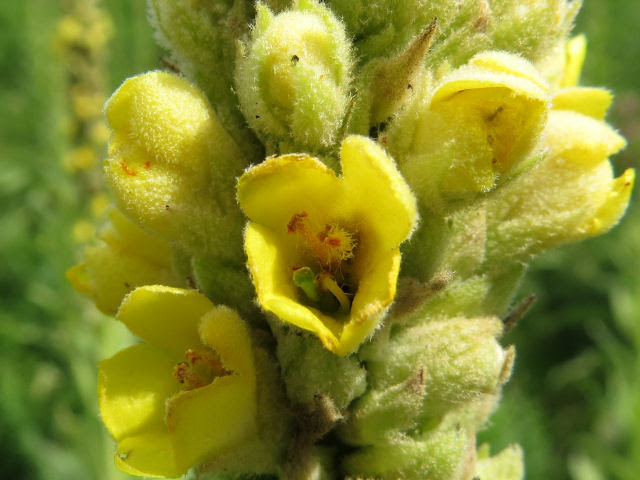 Thapsus may come from the name of the city Thapsos in Sicily where this (or a similar plant) was collected in antiquity, or from Thapsus, a city in ancient Tunisia.

if it likes poor soil and full sun I'm surprised I've never seen it growing in my yard :)

It's one of the first non-garden plants my dad taught me to identify. They are kind of pretty, aren't they?

Nice study of the mullein. I rather like to see a few of them around. I don't cultivate them, of course.

We usually let one or two survive around the garden, and had a tall one last year in the. Order. Now I realize we have two dozen seedlings all along the path!