A Good Day at the Office


Who cares if it's Monday? It was a really good day at the office-- the North Country Trail Association office, that is.

Here's a quilt that hangs on the office wall. It's one that was made for the auction a few years ago to raise money for land protection. Notice the seven states in the squares around the edges. 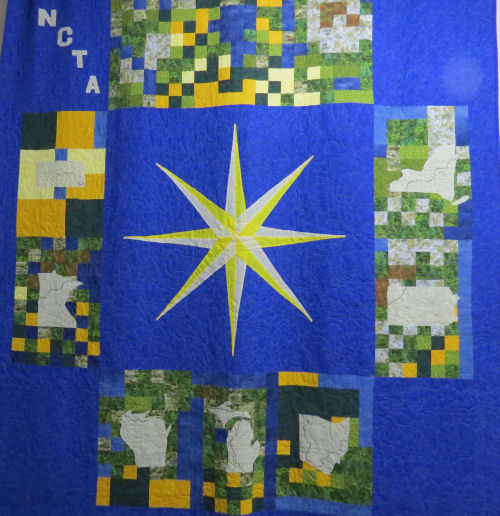 I went down to meet with the Park Service staff in the morning. It was all good. We're still smiling afterwards. Superintendent Mark Weaver on the right and Trail Manager Chris Loudenslager on the left. 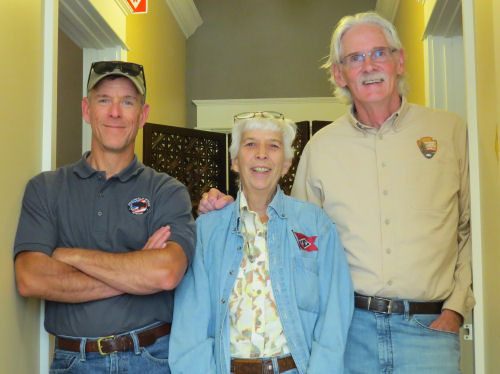 After lunch, I met with our new Executive Director, Andrea Ketchmark, on the left. She's only new in that role; she's been with the organization for several years, and just is a natural fit for the job. Other staff members Amelia, Allison and Tarin. 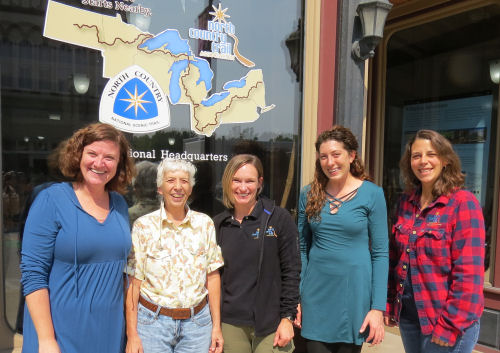 The pictures are pretty funny. It looks like the two offices are divided by gender. Actually David, the development guy, was on the phone so he didn't come out for the photo and Matt, the map guy, works from home. The NPS are currently all guys, but it's not a sexist group!

Finally, I've showed you these before, but I'm posting them again, because it's been 4 years. These murals were painted by local high school kids, and are mounted on the outside of the building. Top to bottom on the blog are left to right on the wall, so the hiker "moves" eastward along the trail. 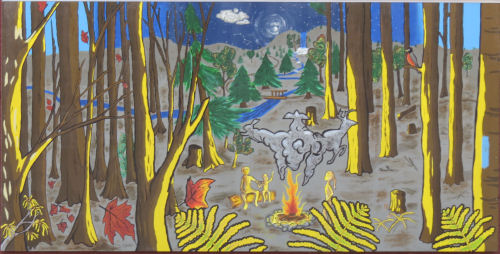 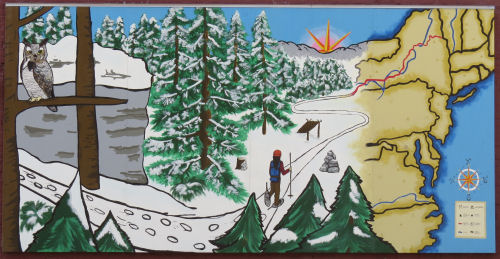 It was an awesome day discussing what some of my future involvement with the trail will be.

In other amazing news, I heard from Tony Reznicek. He's "Mr. Michigan Plants," in charge of the University of Michigan Herbarium. I sent him the plant I thought was Picris hieracioides, Ox Tongue, only because it is alien and this is far from where it's been recorded before. That might be a somewhat big deal. Anyway... he emailed me. I DID key it out correctly, and he did remember me. My specimen is going in the Herbarium.

This has been a top-of-the-line quality day. I think I'm worn out!

Exci int connections! Tony has done a lot of work in Ontario too.

Great pix and graphics. Congrats on the Ox Tongue find.

Stew- no kidding! How cool is that. He's pretty amazing.

Chuck- I had thoughts of popping down to see you. Was so close, but I was really tired.