I started the day by making some rhubarb granola to take for gifts to people I'm staying with this week. Already had a ton of recipe requests on Facebook. I made this one up to try it, but I'll put the recipe at the end. It got done just in time for me to leave the house. Let me say that this one is not bad, but I think it could be tweaked a bit. 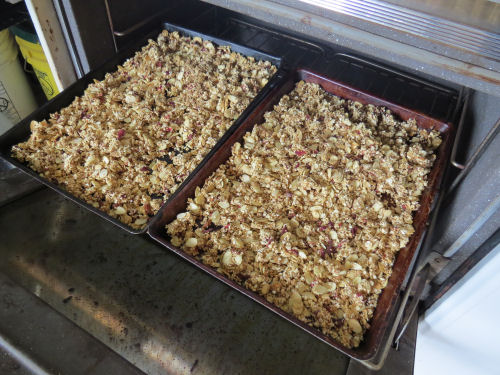 There were a couple of errands to do on my way. First, I dropped off an extra backpack I don't need any more to the Girl Scouts in Ravenna. It was a pack I didn't like much, but they should be able to get some use from it.

Then I needed to get something from my friends Bruce and Linda. Bruce used to be the Executive Director for the North Country Trail Association. Now he's retired. 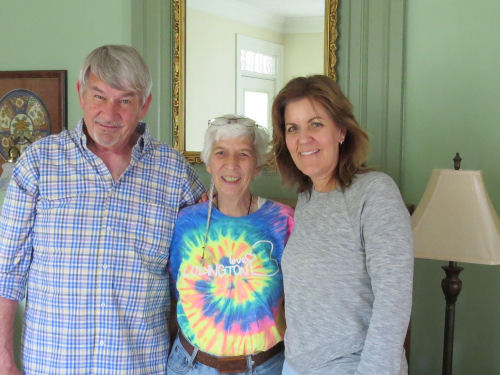 So, seeing the people was cool, but I finally got to meet the most important member of the family. Bruce's big project since retirement is training dear Miss Carson. Well, no great photos of her. She was too busy being a puppy. She's a sweetie! 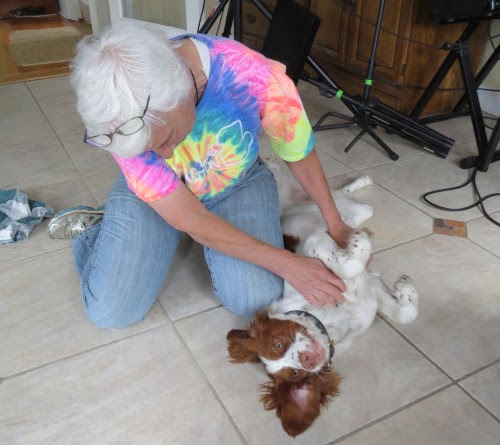 Then I went for a short hike on a little piece of NCT near Lowell. It starts off right along the Flat River, and follows some small town streets. 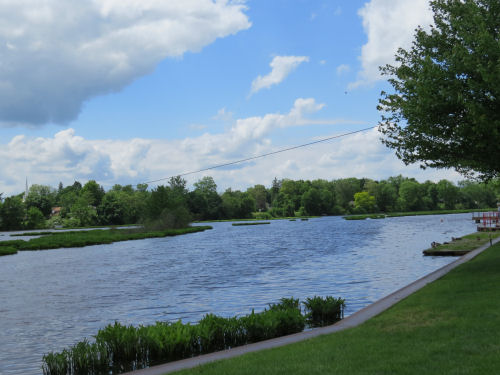 Reached some woods. They smelled all damp and ferny after last night's rain. 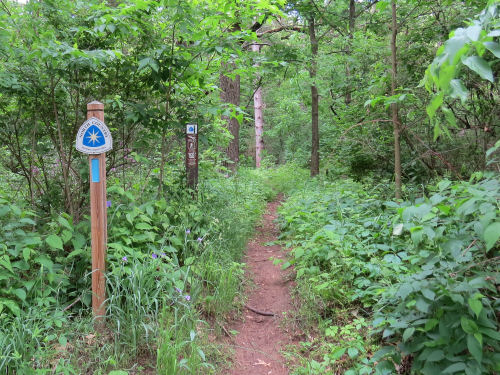 Caught a swan in flight on the way back. 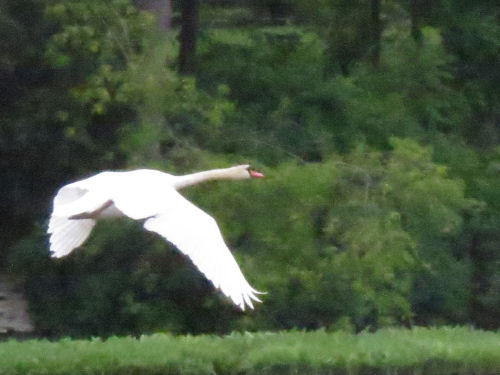 Now I'm at the house of other friends for the night. Will tell all tomorrow.


Rhubarb Granola- Try #1
This tastes fine, but not very rhubarb-y. I think I'd use more rhubarb next time.


The biggest issue with dehydrating rhubarb (which is pretty much what you're doing here) is that the lengthwise fibers in the stalks get tough and make a yukky texture. So to make a fine-textured stewed rhubarb cut the stalks into 1/8 inch crosswise pieces- no need to cut in the other direction. Cook with only a tiny bit of water because the fruit will generate plenty of juice. Sweeten to taste. I added a little bit of Stevia, but I don't like sweet granola, so not much.

Mix the ingredients together in a bowl and spread evenly on cookie sheets with an edge, or cake pans. Bake at 275 degrees F for an hour or so, stirring several times. I think this batch went an hour and 10 minutes. If you increase the stewed rhubarb, it might be even longer. You want the granola to begin to crisp up, but not get too brown. It will continue to brown a bit after you remove from the oven, so if you don't remove it you'll have REALLY brown granola.

It did come out with a nice mixture of clumps and finer pieces, but I would like more rhubarb flavor.

The rhubarb granola sounds really good. Whenever I hear rhubarb I think of a neighbor we had when I was growing up that grew it in their backyard. I was shocked and amazed that they were going to eat that stuff.

Ann- did you grow up in town and didn't realize food actually grows in the ground?

Chuck- glad to hear it! Cindy likes it too.