Moods of the Winter Woods

Loren and I snowshoed today. Our primary goal was just to see how much we could do before we got too tired. We started at Timber Creek on the North Country Trail.

Remember, we got significant snow over the weekend. That made different parts of the woods look different. This is a red pine plantation. Can you find the blue blaze? 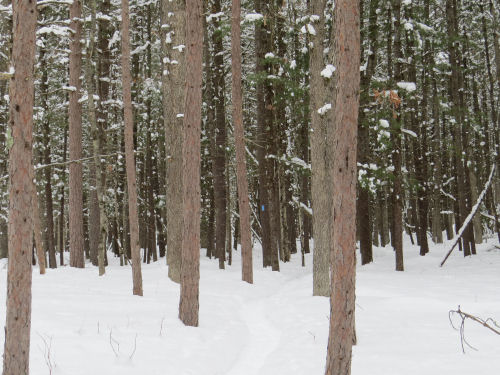 Still a lot of red pine here, but quite a lot of understory catching the snow on branches. 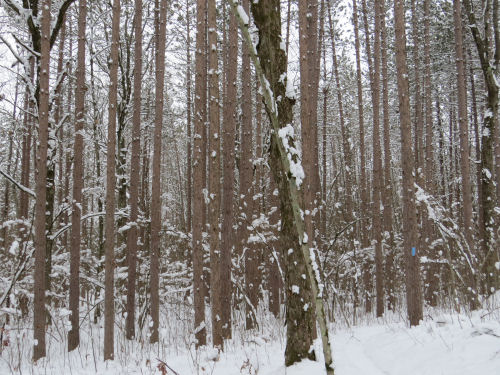 A little farther and young white pine were growing up between the deciduous trees. 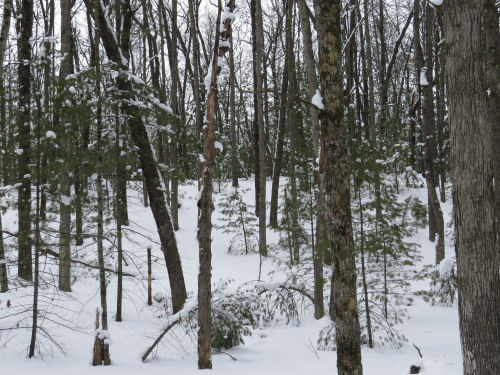 How did we do? The first mile or so had been previously snowshoed, so that wasn't bad at all. Not long after that, it looked as if the hikers turned around, but there had been a fat tire bike that had gone on. Then even those tracks disappeared. That was a little weird, since it wasn't obvious that the rider had turned around, but suddenly there was no track. We went about another half mile, for a total of two miles out. Then we turned around. In the picture below we were still in the previously snowshoed track. 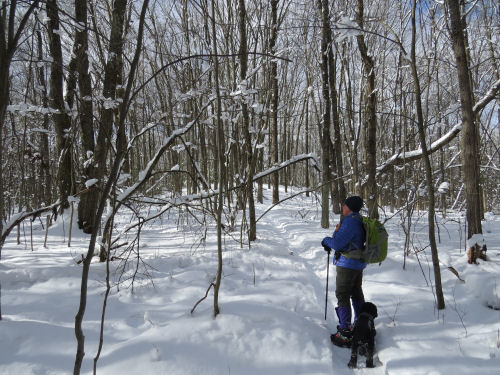 Koa was hilarious. Loren said she had barked her "I need to poop" bark even before we started, but the trail was a trench that was halfway up her back. She didn't want to go into the deep snow, so she managed to hold it for more than two miles. Finally, on our way back, she couldn't hold it any longer! So, the humans got to clean up after her.

The return trip was graced with a few snatches of sunlight. Amazing how much better that makes a person feel! 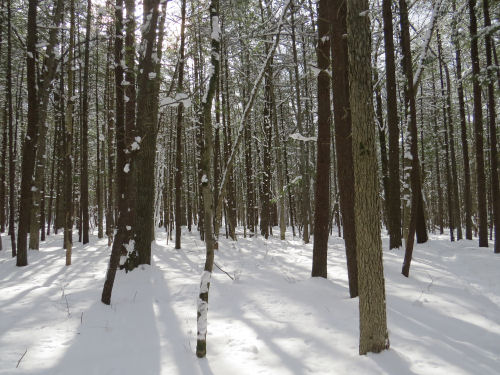 So, we managed a total of 4 miles. I was tired, but my knees didn't hurt, so that was good. It was not a good day for equipment. The binding on one of my snowshoes broke and I had to jury-rig it to finish the hike, and one of the clips on my snow boots broke (not the new boots).

Best thing other that that was another gorgeous sun pillar for the sunrise. 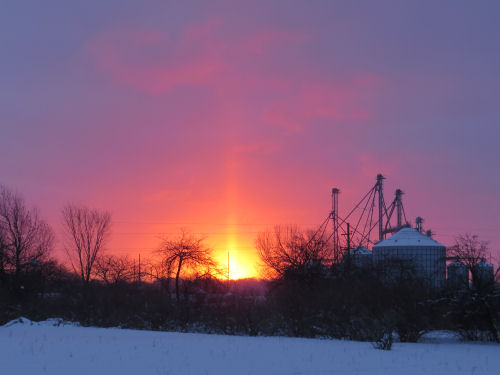 In other news: I managed to work a little bit on a couple of projects, but I actually fell asleep this afternoon. I don't take naps too often, but I did today!