On my wanderings today I passed through a section of woods that I suspected harbored some mystical powers. My mystic sensors started beeping seriously when they detected a gnome emerging from its underground realms. 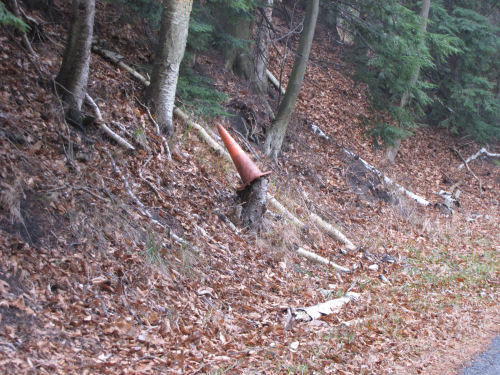 My suspicions were confirmed, and the scene came into stronger focus, when this Evil Elf rushed toward me from the forest edge. I was afraid he was threatening to either beat me with a candy cane, or to sing and dance Rudolf the Red Nosed Reindeer to the tune of Way Down Upon the Swanee River. 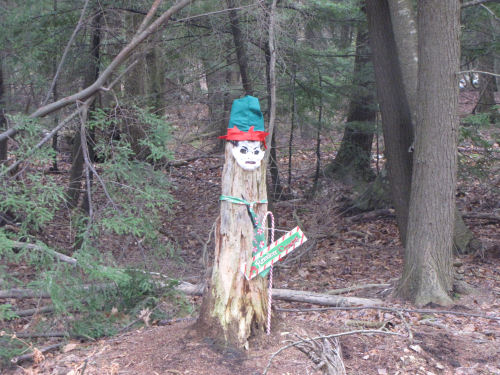 Not to worry, though. The elf was soon called to task by Father Christmas himself. We can tell that FC wins because he is wearing the Red Gloves of Power, and he's not afraid to use them! Don't be alarmed at the expression of surprise on his face. He's never daunted by rogue elves. The cause of his surprise is that while he was busy disarming the elf he kinda forgot to pay attention to other possible threats and two holly-jolly Leeches of December latched on to his ankle and hip. 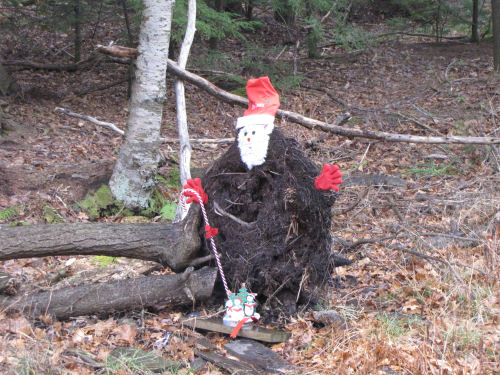 And it's nice to see that a venerable myth is now dispelled. Instead of two hungry children crouching beneath the robes of the bringer of Christmas Present, there is actually a singing penguin with snowmen for a backup band. Don't ask, don't tell! 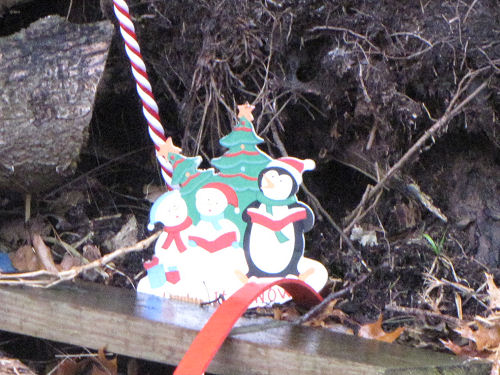 I wasn't fast enough to snap a pic of the Christmas Pig, but it's probably just as well. You might not have been able to stand the shock.

I'm telling you the truth- I live in a really special place in this world!

Perhaps Christmas will still be Christmas without the pig. Not only do you live in a special place, but it appears to be enchanted as well. And it certainly is enchanting at a minimum.

a delightful story and the only other thing I'm going to say is I believe :)

I have always believed in the magic of Father Christmas.
Hope you have a lovely time this Christmas.

Chuck- The pig was oinkredible!

wenn- it's supposed to be funny... you got that, right?

Ann- who wouldn't believe with such credible evidence?

John- And to you too!

I always knew that your area was special...but I think there's something in the water.

Ha! I love it!
Heather