Yesterday, I said that I liked the subtle colors beyond the oak tree in the first picture. Some of what you saw there is a plant called leatherleaf.

The pictures for today were taken last week at a different place. However, this is an extremely common shrub in northern acidic wetlands.

Here's a wetland that is almost a monoculture of leatherleaf, Chamaedaphne Calyculata. That's a fairly normal condition in a bog. 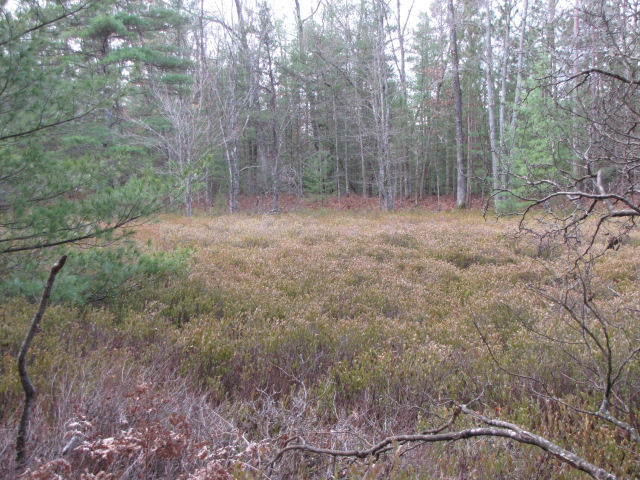 The shrubs grow three- four feet tall. They like to have their feet fairly wet, and will grow in shallow standing water, but will tolerate places that dry out for part of the year.

The leaves are about an inch long, or a little more. I bet you already know what they feel like. They are very tough and leathery. In cold weather they tend to become reddish, but most of the year they are a drab green. 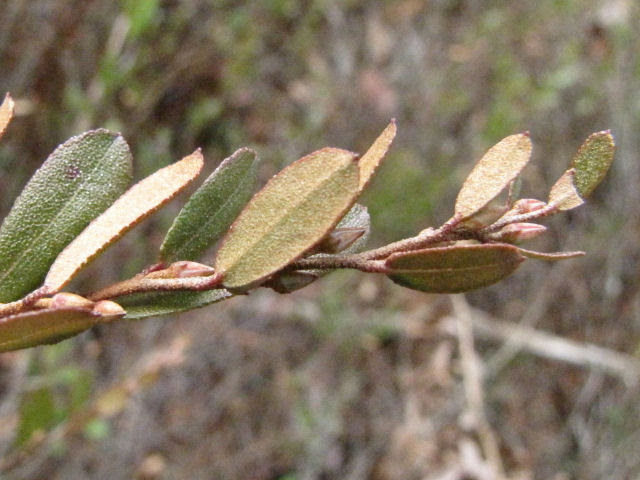 The name "Chamaedaphne" means ground laurel. That's a reference to the similarity of the tough leaves to the laurel

Tomorrow I'll feature a shrub with a similar name that isn't nearly so common. I thought I'd already blogged about it, but when I checked, I had not, so it must have been pushed out of the list by something else.

I didn't do much today except nurse a cold, but it seems to have run it's course. It was a wimpy one!

Good news that you are on the mend.

I've never heard of this one. The leaves do look quite leathery.
Glad you only got a wimpy cold