I'm not a big Christmas decorator. You've seen my only two projects for the year already. Om has been gone so much this month that the tree has made it to, well... see for yourself. 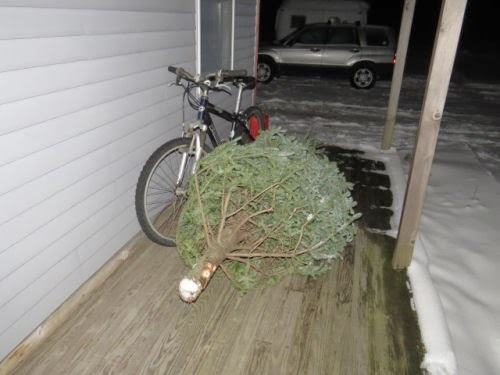 There is a plan that it might make it to here before Wednesday. 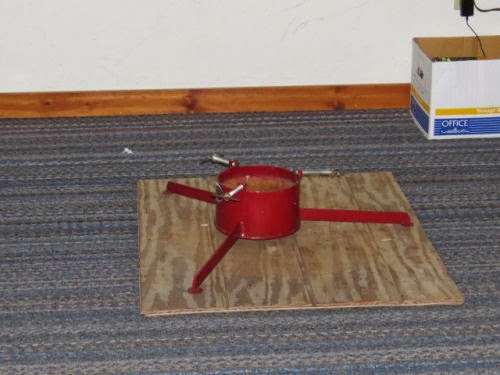 We shall see. I got extra work on both jobs, which I took in order to have the extra money. But it really cuts down on any free time I will have. I suggested someone else feed me, instead of me cooking, but that's not getting a very positive reception.

The most festive thing I did today was wrap books that someone ordered as Christmas presents.

I'm happy to say I've written a whole lot in the last two weeks, since returning home from Oklahoma. I made a decision on that trip. Not a new decision, but perhaps better stated as a re-dedication to a previous decision, which is that I am a writer, and I need to write.

I've written 11 chapters in Bury the Hatchet in Dead Mule Swamp since then. Some of it was concentrated work in the long weekend after I returned home before assignments kicked in again. But I've also managed to write at least 500 words most of the days when other things were going on as well. I'm not going to beat myself up for missing a day or two, but going forward there have to be more days of writing than not.

Hopefully, this next book will be ready to publish in early 2014.

Sounds like you're making good progress. Have a very Merry Christmas!

I haven't been much of a decorator the past few Christmases. I guess I burned myself out on it all those years.
Your tree will get there when it gets there. Good job on the recommitting to writing

Don't feel bad...our tree is up with lights on it...with no ornaments. I think we may get to that today. :)

Such a busy time of year, isn't it? Work escalates due to the end of the year and I'm working a lot too.

No tree here this year. That is unless the ceramic tree counts. No Christmas guests coming this year.

hello sharkbytes its dennis the vizsla dog hay gud job on the writing it is no eezy task to stik with it or so dada tels me!!! we dont hav a tree heer or eeven enny ornamints altho we do have a reeth sitting arownd sumplayse i think!!! ok bye