Today, Om and I went to another Christmas concert at the church his brother attends. Actually, his brother was in charge of this concert, being not only choir director, but he also wrote the script for the story line. 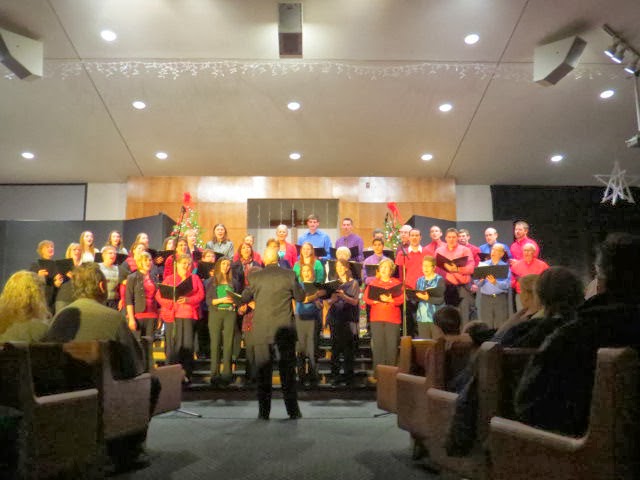 There were a number of solos too.

I've put a whole album of pictures on Facebook for the Starlight Concert if you want to see more.

Loretta sang in the choir. 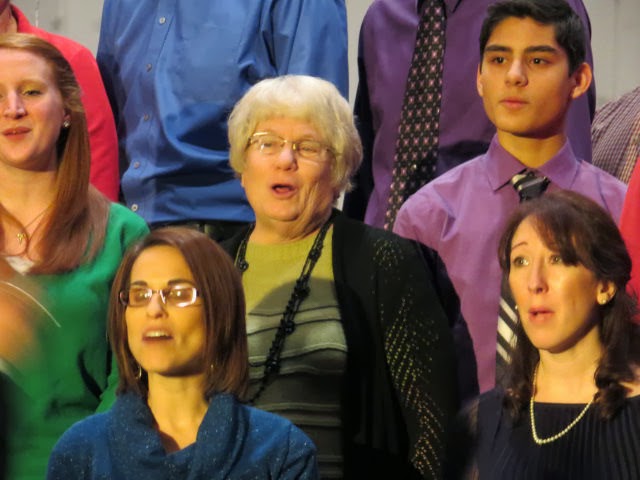 Afterwards, we corralled Jim, and got a picture of the three remaining siblings. (Kathleen is gone; see Lyghtekeeper Has Gone to the Light) 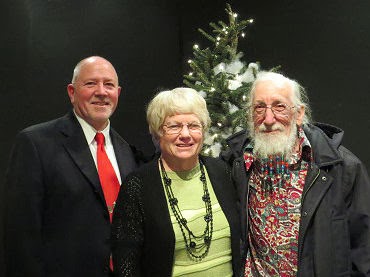 A Christmas concert sounds like fun. And you got to attend more than one. I've been kind of missing Christmas activities around here this year.

Been ages since I've been to any kind of Christmas concert.